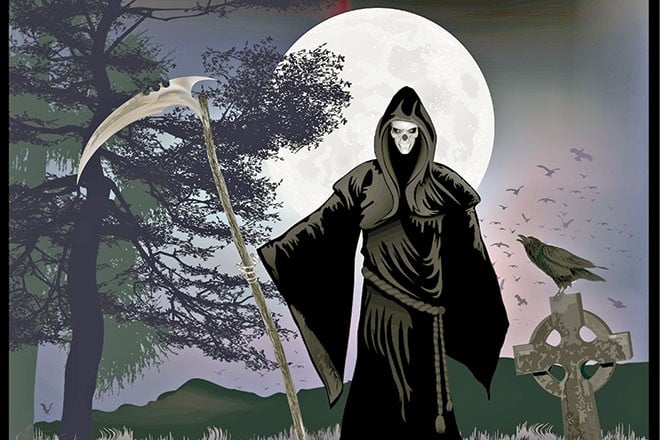 Imagine being in a place where the sun never shines. Imagine a damp winter morning in some stone-cold city, where the mist rolls in every morning and the sun sets behind a haze of fog each night. Give it a slapping of wet sleet, relentless rain and the overall boding of doom and gloom. Now think of Pakistani dramas, because that’s the scenario most of them are sketching for our ‘pleasure and entertainment’. If you thought the name Charles Dickens was synonymous with morbidity, then Pakistani dramas would be akin to abject misery. Dickens at least defended the common man’s right to humour and leisure; his stories had comic characters, they cut the reader a break every now and then. But Sara Sadain Shah, for example, allows her characters absolutely no respite from the tragedy that they are dealing with in Haiwaan. As a result, there is absolutely no relief for the poor soul watching this bleak drama serial.

Isn’t the world a dark enough place already that prime time television - primarily meant to entertain - should paint it a shade darker and package it as entertainment?

That is what most of our plays have come to. The obsession with producing ‘socially relevant’ drama serials has risen to unpalatable proportions and every drama serial now has cruel, callous characters, sexual prowlers, predators, violent men - be they fathers or husbands - and a series of grieving women, mourners who are willing to sacrifice their well being to establish some sordid ideal of happiness in the lives of others. This week in drama serial Baba Jani, Saadia - suffering from failing kidneys - hides the fact that she has stopped her dialysis after being driven to guilt by her husband’s sisters. She’d rather die (to the loss of her already orphan daughter) than deal with the shame of spending her husband’s money on her medical bills. And die she may, bringing more grief to the already tragic table. What kind of convoluted message does this give out?

When it comes to misery, nothing beats Haiwaan though. Revolving around a man who (as suggested) rapes, kills and buries his daughter’s ten-year old friend and neighbor in his front yard, Haiwaan just goes from one tragic act to another, served in a two-hour mega episode every week. I would refer to the seven stages of grief except there is nothing remotely philosophical, poetic or literary here. It’s just ruthless and random bombardment of depression. The ‘haiwaan’ - portrayed by Faysal Qureshi - has a suppressed wife and a daughter who’s married to an equally oppressive louse. His son insists on marrying the girl next door, who’s incidentally the elder sister of Jojo, the 10-year old child who the man has murdered. Imagine entering this gloomy scenario and bringing in Jojo’s unstable mother, who goes from one unstable moment to another. There is so much mourning, so many tears, so much wailing and screaming. Imagine being buried alive and hearing people cry at your grave for the rest of your life. That’s what it feels like; it’s all terribly overwhelming.

There are dozens of entertainment channels with countless drama serials on air everyday. One admits, many of them may be light and happy, but they are not the one’s publicized as prized projects; they are not the ones that make it to prime time. That has to change.

The irony is that in an attempt to create awareness, these drama serials are managing to counterproductively desensitize us. They are turning these incidents into a norm.

Haiwaan is dedicated to creating awareness around child protection and a parent’s responsibilities. There was Meri Guriya (based loosely on the Zainab case) before it and we see trailers of Meri Beti (dealing with female infanticide) after it, all dedicated to educating people about the miserable existence of the human race, with a special focus on women. We can always tune in to the news for an update on global misery; drama serials need to turn back to entertaining.

This is precisely why one can forgive Romeo Weds Heer for all its flaws. This brand of humour may not be everyone’s cup of tea but one will cut it slack for the fact that it isn’t playing on tragedy, no one’s getting abused or mistreated. Producers say that misery sells but as far as I can remember, the Aayegi Baraat Series - that delightful, rib tickling drama that continued for several seasons - was a super hit. Saima Chaudhry and Bobby D are characters that we’d welcome back with open arms and we hope they will return, as Bushra Ansari has suggested. There is a reason why Bulbulay - for all its flaws - ran over 400 episodes and maintained great ratings. Just recently the Ramzan special Suno Chanda also proved the ‘tragedy sells’ theory wrong. This light hearted, situational comedy of a dysfunctional family, peppered with interesting characters and underlying romance, was loved so much that its sequel is being planned. Why can’t we have more of this?

Tragedy. One has nothing against it, in fact Greek tragedy is both beautiful and addictive; but that’s because of its elevated philosophical status, its deep rooted romanticism. It plays on the need for catharsis, which is integral to human emotion. It can’t be compared to anything we see today. Shakespearean tragedy is just as refined and let’s not forget that one of it’s nine essential elements is comic relief. No human being should be made to suffer relentless misery; that would be cruel. And so cruel is what the average TV play these days is. "One word frees us from all the weight and pain in life. That word is love," says Sophocles. Love is precisely what we need to see more of.