There is a huge pendency of 1,810,745 cases in various courts as the data by Law and Justice Commission of Pakistan shows that every month more cases are filed than disposed of 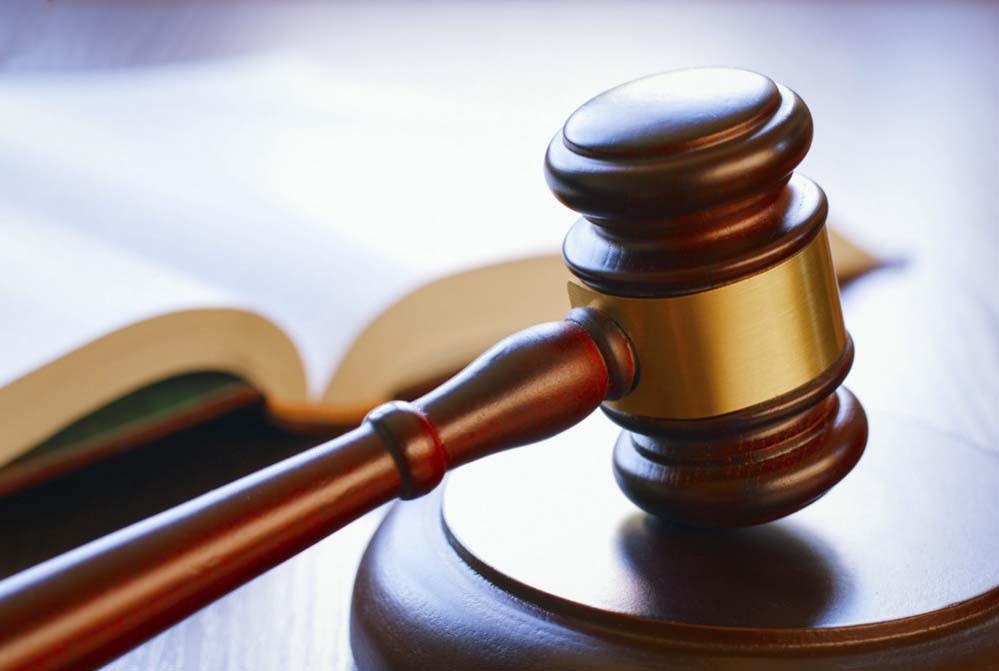 Any society that lacks an efficacious judicial system ensuring effective dispensation of justice cannot progress. Poor dispensation of justice in Pakistan needs serious attention -- there is a consensus that our choked and costly justice system is at the brink of collapse calling for an urgent need to reform the entire judicial system. This entails preparation of an emergent plan for expeditious disposal of pending cases and removing the causes of excessive and frivolous litigation.

After taking oath as 25th Chief Justice of Pakistan (CJP) on December 31, 2016, Mian Saqib Nisar has time and again stressed the need to bring his own house in order. There is a huge pendency of 1,810,745 cases in various courts (as on September 30, 2018) available on the website of Law and Justice Commission of Pakistan (L&JCP). In the Supreme Court, pendency per judge as on 30-09-2018 was 2,367 cases (see Table). Aware of record pendency of over 40,000 cases at Apex Court, during his recent week-long fund-raising sojourn of United Kingdom, the CJP once again emphasised the need for much-delayed judicial reforms.

Many months back, the CJP lamentably noted that even after getting extraordinary salaries and facilities, the judges were not delivering. Speaking about inordinate delays in deciding cases, the CJP remarked that its responsibility lay on him and all the judges collectively.

The cases of judiciary and Federal Board of Revenue (with double salary package) confirm that mere extraordinary salaries and perks cannot improve the system.

The reform agenda for Judiciary, Executive or Legislature based on patchwork here and there can never succeed, unless fundamental structural changes are made. There is a need for replacing the prevalent, decayed and disintegrating systems with modern and efficient models working successfully in other countries. Since independence, we have failed to reconstruct/modernise/democratise our obsolete state institutes.

Mere cliché and rhetoric about reforms, as we have been hearing for a long time, will not serve any purpose. Mentioning about dearth of judges, delays in dispensation of justice, huge pendency etc alone is not enough -- of course these are symptoms of a very sick system but where is prescription for cure? Curing the symptoms without removing the root cause of illness would be just an exercise in futility. Parliament and successive governments have never tried to provide an efficient justice system. It is high time that we should move from clichés to pragmatism for reforms.

The data by L&JCP confirms that every month more cases are filed than disposed of -- choking the justice delivery system. Despite this critical situation, there is no emergent plan to deal with it.

Our courts are still following the outdated procedures and methods whereas many countries have adopted e-system for filing of cases and their quick disposal through fast-tracks follow-up using the offices of magistrates at grass root levels. Neither Legislature has so far reviewed/updated laws/regulations for effective/speedy justice system, nor has judiciary prepared/presented any concrete plans to discard the outdated procedures suggesting the federal/provincial governments to establish ‘Fast Track Courts’ as was done in India way back in 2001.

It is pertinent to mention that the Eleventh Finance Commission of India recommended a five-year scheme for creation of 1734 Fast Track Courts (FTCs) for disposal of long pending cases and provided Rs502.90 crores as "special problem and upgradation grant" for judicial administration. The term of FTCs, established to expeditiously dispose of long pending, especially those of under trial prisoners, was to end on March 31, 2005. However, the Indian Supreme Court, which was monitoring the functioning of FTCs observed through Brij Mohan Lal Vs UOI & Ors that these should not be disbanded all of a sudden.

The Indian government accorded its approval for the continuation of 1562 FTCs for a further period of 5 years. According to a report of BBC, the FTCs in India working since 2001 decided till 2012 "more than three million cases". Our successive governments, military and civilian alike, have not considered any such initiative and judiciary has also not pondered about it.

On December 15, 2017, the Indian Supreme Court approved a scheme prepared by the central government to set up FTCs for pending criminal cases against all the Members Parliaments (MPs) and Members Legislative Assembly (MLAs). 12 FTCs started working from March 1, 2018 to ensure that 13,500 pending cases against 1581 MPs and MLAs end within one year so that they continue as public office holders or leave the Houses after conviction. In Pakistan, there is even no data about criminal cases against elected members, what to speak of their taking them up on priority basis.

Devising speedy justice system is a daunting challenge in Pakistan due to large pendency, frivolous cases where filers go unpunished, frequent adjournments, administrative highhandedness forcing people to go to courts, outdated procedures and paucity of judges. The existing inefficient and outdated judicial system is exploited by money power that hires crafty lawyers to get justice "delayed/destroyed/manoeuvered".

The much-publicised National Judicial Policy 2009 was nothing but an attempt to cure the symptoms as no efforts have been made till today to make meaningful and effective structural changes removing the causes of illness.

An efficient justice system can only be established if efforts are made to produce highly competent adjudicators at lower levels. It will help produce competent judges for higher courts in future. All existing appointments of members in all the special tribunals created under Article 212 must be placed before the chief justice of the province in which the members are performing their duties. The chief justice himself or any other judge authorised by or committee appointed by him may look into such appointments to approve or disapprove the same, which would be binding on the federal government. All existing and future appointments in appellate tribunals must be screened by the judicial organ of the state.

The main aim of judicial reforms should be elimination of unnecessary litigation and facilitating smooth running of affairs between the state and its citizens. Once both learn to act within the four corners of law, there would be drastic decrease in litigation.

It is painful that presently the governments are the main litigants. They usurp the rights of people and then drag the poor citizens in courts. We all know the reasons for this morbid state of affairs but nobody wants to fix it. Judicial reforms do not stipulate asking for more judges and funds but eliminating unnecessary litigation and quick disposal and to help reduce its occurrence in the first instance.