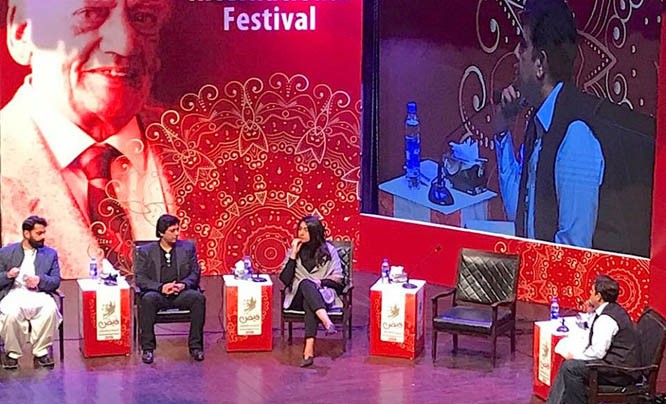 The 4th Faiz International Festival, named ‘Parwarish-e-Lauh-o-Qalam,’ was held in Lahore last weekend to celebrate the struggles of the revolutionary poet Faiz Ahmad Faiz and his likes, against authoritarianism, intolerance, social injustices and silencing of progressive voices.

Where the festival attracted huge crowds, and offered a number of talks, panel discussions, dramatic renderings, and musical evenings, it was marred by controversy when four panelists on different sessions, including Member of National Assembly (MNA) Ali Wazir, academics Dr Ammar Ali Jan and Dr Taimur Rahman, and former editor of Daily Times Rashed Rahman were barred from speaking -- because of ‘external pressure.’ The organisers allegedly said that the authorities had threatened to revoke their No Objection Certificate (NOC) if these people weren’t removed from the panels.

The social media erupted with rage, as the literati and civil society members condemned the ‘censorship’ at the hands of state institutions, and even asked for a boycott of the event. Jan immediately took to Facebook to say that boycott wasn’t the answer, as events like the FIF still allowed some space for alternative viewpoints.

"While four of us were removed from our sessions, there were a number of brave and eloquent speakers who expressed views similar to ours," he wrote in his social media post.

Jan wondered if the speakers who replaced them subscribed to similar ideologies and talked about the same issues that they would have talked about. If that’s the case, why was it problematic if he had spoken about it but less problematic if anyone else did?

Back in the capacious Alhamra hall, where the session was going on in Jan’s absence now, an empty chair had been placed on stage on purpose, right amidst the panelists, by the organisers as a token of protest. Moreover, the speakers -- including Aisha Ahmad and Hanif Abbasi -- also took the occasion to castigate state censorship. Their voices were joined in by students (in the audience) shouting slogans against the exclusion of the panelists, and chanting the relevant verses by Faiz.

The social media erupted with rage, as the literati and civil society members condemned ‘censorship’ at the hands of state institutions, and even asked for a boycott of the event.

Things took an interesting turn as Jan and the other ‘banned’ panelists chose to go inside the hall as an audience. Later, Jan explained: "In a strange reversal, the intensity of our presence increased due to our very absence."

He further opined that such action by "them" was targeted at a few but the message was meant for all the progressive voices in the country. He also linked this to the disappearance of activist Raza Khan, and bloggers like Salman Haider. "’They’ remain so powerful that we cannot even name them," he said, "even when they constantly hover over our lives like dark clouds."

I personally believe that any action of this kind might be justified if Pakistan was a developed country, if not a super power; any critique then might sound like having anti-state sentiments to weaken it. But in the current scenario where we are facing innumerable crises, it badly needs to foster critical thinking and abolish all curbs on free speech.

Dr Taimur Rahman said something like this when he emphasised on how those inciting hate and provoking violent activities were going around freely but the academics and journalists were under strict scrutiny and threat.

Faiz’s poetry and his message couldn’t be more relevant as it is in the current socio-political situation of Pakistan. Today, Faiz is feted and hailed for his struggles and his literary contributions, but back in the day he was sent to jail several times, and the conditions even compelled him to fly out of the country because the content of his poetry had been dubbed as ‘anti-state.’ Nothing, however, could stop him, and the same seems to be happening today, thanks also to the social media revolution. 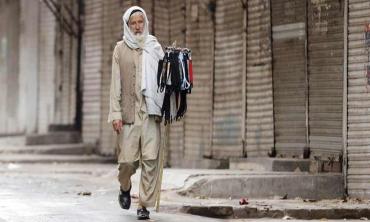 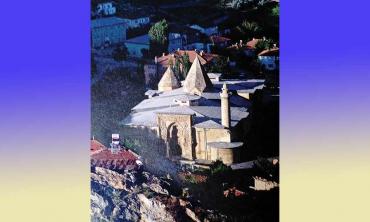 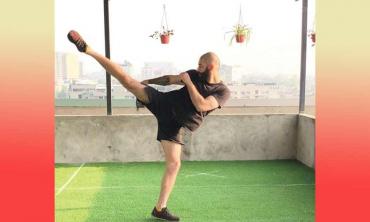