Catching up with Sami Khan 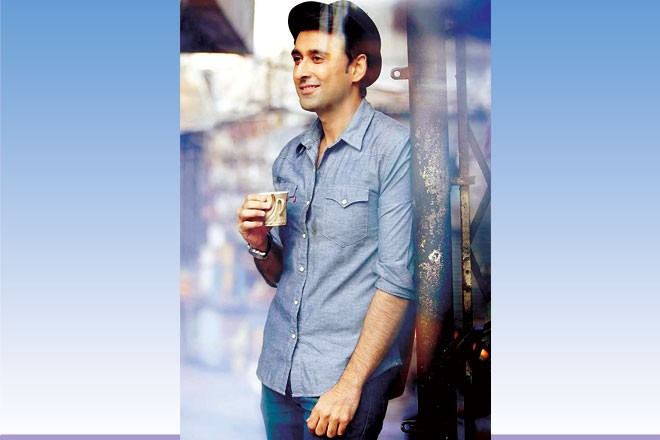 Sami Khan, with a career lapping over fourteen-years now, has established himself as a successful television star with a number of hits under his belt, including the likes of Bashar Momin, Dhaani and the most recent Aisi Hai Tanhai, which created waves for shedding light upon cyber bullying. Interestingly enough, Khan stepped foot into the industry by appearing on the celluloid first; having done films like Salakhain and Dil Paraye Desh Main, his cinematic stints were fletting and he had his eyes set at thriving on TV.

Today, as the cinematic landscape has evolved and the revival has seen many returns and shifts of medium(s), Khan has finally made his way back to the theatres, and how! He’s got not one, but four movies in a row. Our conversation begins with the suspense-thriller, Gumm: In the Middle of Nowhere, that’s been helmed by Ammar Lasani and Kanza Zia, a debutant duo of filmmakers from the New York Film Academy. Shot on a small budget, the film targeted the festivals circuit and has been doing the rounds worldwide.

"Ammar called me for the film that he was making with his wife, so I asked him to send me the script and it was very detailed, with the minutes marked for every scene," Khan recalled. "But I did have a lot of questions, so they sent me their show reels when I asked them about how they planned on executing the story and they told me they’d minored in cinematography as well. And I was completely sold when I met them, after I signed onto the film, and they narrated the script to me. They were very clear about what they wanted and had done their homework."

Having shot the film in less than a month last year, Sami feels it’s a "leap of faith" for him when he takes up a project and thus, had his heart in the right place filming the intense and dark feature alongside Shamoon Abbasi and Shameen Khan. Gumm’s also won him Best Actor accolades at Creation International Film Festival, Canada, and Madrid International Film Festival (in the category of Foreign Film). Hoping that his shift back to movies proves fruitful, Khan purposely chose a film that caters to a niche audience, wanting to widen his horizon.

"I want to experiment and it’s on the basis of that, that I’ve been doing films," Khan shared. "Commercial cinema has certain limitations whereas parallel cinema allows you to explore and look beyond the ‘hero’ that you’re mostly made out to be. I’m personally impressed by actors like Rajkumar Rao and Ayushman Khurrana. I need to be a good actor first and be able to pull off anything the director wants me to. In fact, I’m glad that even though Gumm is slightly being tweaked for the local audiences, the essence remains the same."

Whilst Gumm is set to see the light of the day in Pakistan this fall, Khan has entered the last leg of shoot for veteran writer Khalil-ur-Rehman Qamar’s much-controversial directorial comeback, Kaaf Kangana, in Lahore and Bhawalpur. Addressing the elephant in the room, the epic love story has had a number of cast changes when Sohai Ali Abro was replaced by Urwa Hocane as the female lead, while later it was announced that model, Eshal Fayyaz has landed the role. One wonders how that’s affected the shooting spells and the momentum of the film.

"I think the facts are out there now and all of us have our own perspectives. It’s only natural to have problems over the course of making a film and I’m glad Urwa replied respectfully to her senior," Khan reflected on how things had gotten messier when Qamar accused Hocane of unprofessionalism. "Some people are very honest to their work and so they don’t compromise even though Khalil sahab’s the one who faced the loss each time. He’d shot with Sohai and Urwa both and had to re-shoot their scenes, and that’s very expensive."

The film itself is touted to be an intense cross-border romance between a Pakistani boy and an Indian girl, with a love-triangle and a patriotic peg to round it off. Being made in association with the ISPR, Kaaf Kangana also features Ayesha Omar and newcomer Abi Khan in key roles, apart from Khan and Fayyaz.

Speaking of his character that is based out of the Walled City, Khan informed, "I did have a few friends from interior Lahore, so I tried picking up the dialect a bit, not too much though so it does connect with the rest of the audiences as well."

"It’s a very nice script and I’m lucky to be a part of it," he added. "There’s great responsibility on my shoulders as well, which is why I haven’t done any drama for about eight months now; I’ve given my all to the film. And the advantage we have is that Khalil sahab is directing also, so he knows how to translate his script on celluloid. His dialogues aren’t plain lines to read out, they’re lyrical and poetic, and I couldn’t deliver them at times, so he’s been there to guide me through. I’ve learnt how acting in films need to have those dramatic pauses, to make it all look larger-than-life."

Khan recently begun shooting for his third movie, which is the sequel to Yasir Nawaz’s 2015 commercially successful Wrong No. and is slated to release in the first half of 2019. The upcoming romantic-situational-comedy will have Khan play a well-read young man, sharing space with the vivacious Neelam Muneer. However, it doesn’t continue its plot from the first installment that starred Danish Taimoor and Sohai Ali Abro in lead roles. Though not much has been revealed about how the story has developed, Khan deems it to be a breather from the otherwise consuming features he’s shot for.

"In all these years, I’d never worked with Yasir until Khudgharz, last year. And he pushed me to do a negative role, so I enjoy being challenged; for an actor, comedy is the most difficult genre to attempt. I think after suspense and an intense romance, this would be a relief for cine-goers as well. I hope people can forget logic, buy their popcorn and just have a good laugh; go home smiling."

The actor’s fourth current film is director Abdul Khaliq Khan’s Lafangay with his Aisi Hai Tanhai co-star, Sonya Hussyn. While it is still in its pre-production phase, one’s been assured that the film will be a complete departure from all other assignments Khan has taken on recently. How the audience responds to Sami Khan’s return to the big screen, only time will tell.­

Catching up with Sami Khan