When the body becomes your enemy

Growing pressure to live life according to certain standards of success is leading teenagers to turn to self-harm, to punish themselves 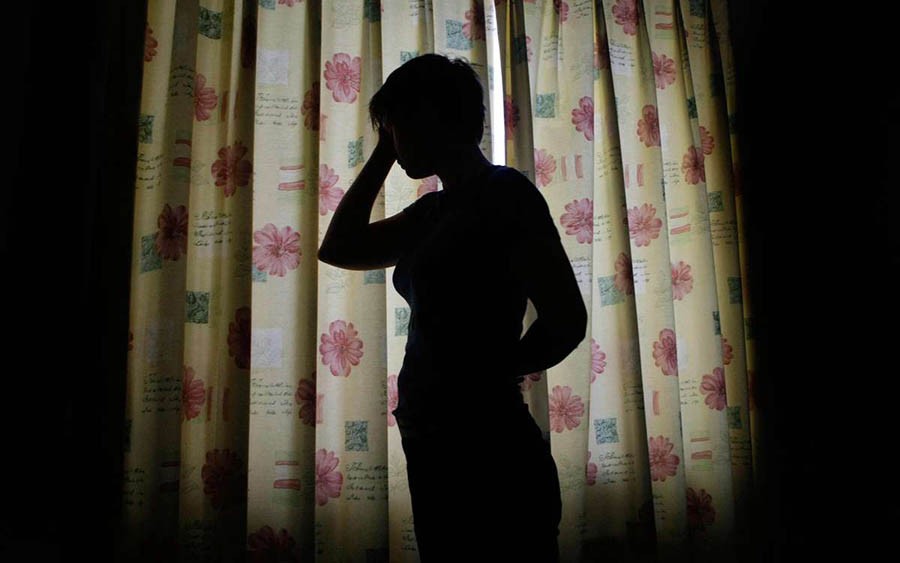 Zarene Hussain, the mother of two teenage girls, got concerned when she saw what seemed like scratches across her 13-year-old daughter’s forearm as she rinsed out a cup of tea. Her daughter, Zaina, said that the cat had scratched her.

Zarene was surprised. Both the cats they owned were usually docile creatures. But she did not think much about it until she ran into a group of other mothers at the same private school in Lahore that Zaina attended. During the conversation over a cup of coffee, one of the mothers mentioned that several girls in the class were ‘cutting’.

Zarene had not heard the term before, but quickly learnt it referred to causing self-harm by using a razor blade, a safety pin or other sharp object to cut into the body, usually on the arms and sometimes on the thighs, leaving visible marks.

A Google search showed that girls often kept it a secret from parents or teachers, sometimes by wearing long-sleeved shirts even in hot weather or making sure they did not undress except when completely alone. The figure for Pakistan is unknown, and cutting in most cases is not linked by experts to suicide attempts, unlike other forms of self-harm such as swallowing sedatives.

Cutting, one of the many forms of self-harm among teenagers and more occasionally adults, has become better known around the world since the 1980s. Before that, it was not often heard of. Asha Bedar, a clinical psychologist currently based in Karachi, says, "I have found that self-harm is appearing more and more in my practice, which could be the result of a combination of factors. There is more openness to the idea of seeking professional help both by young people and parents while at the same time emotional, lifestyle and generational factors play a part in leading young people to harm themselves."

She believes they are under growing pressure to lead their lives according to certain, often artificial standards of success in terms of education, careers, relationships, looks, lifestyle and so on.

At the same time, there is increased exposure to the internet and social media, adding to stress and sometimes to conflict which may be based around traditional expectations as far as behaviour, religion and gender go.

Bedar says girls are more often her clients as compared to boys, and "cutting, unlike other forms of self-harm, is not an attempt at suicide but a deliberate effort to induce pain because of a low sense of self-esteem and lack of control over life choices". Temporarily, the feeling of control gives them an emotional outlet as the physical pain takes over. She also believes cutting is simply being reported more often now, although it may have existed for decades.

In schools in Lahore, Karachi, Faisalabad and undoubtedly other cities, cutting seems to be most common at institutions attended by more wealthy sections of the society. Self-harm assumes different forms in lower income settings, with girls sometimes using hot matchsticks to inflict small burns on their body.

In a small bathroom at a co-ed school in Lahore, Samreen (not her real name), 15, told TNS, "I recently saw a spatter of blood in the sink. It freaked me out, but I was not surprised. I knew that quite a few girls, maybe at least two or three in every class above Grade 7 at my school, cut themselves and that one of them had bled here. I washed the blood away but did not say anything to a staff member."

Schools in general deny their pupils are harming themselves. Their reasons are essentially to protect the reputation of their schools, cover up problems and possibly protect students.

Pupils however say that the practice is most common among 13 to 15 year olds, especially those who suffer low self-esteem or sometimes other mental health issues or abuse. Peer pressure may also be a factor in some cases and among some groups. Internet sites that encourage cutting, despite attempts by channels such as YouTube to block them, may also have a role to play.

In 2016, rumours swept the social media and sometimes mainstream press saying a game, most commonly titled Blue Whale, which had originated in Russia, encouraged teens who agreed to play it to take up a set of challenges. They made a pledge not to stop once they began the game. Initially challenges, according to the media reports appearing chiefly in a Russian newspaper, were innocuous but eventually led to demands that the person carve a blue whale on his or her arm and eventually commit suicide. The Blue Whale name appears to have originated from the fact that blue whales sometimes seem to mysteriously beach themselves, leading to death.

However, further investigation including those conducted by websites such as snopes.com show there is very little to back up rumours of suicides caused by the game. However, the publicity generated since 2016 may have led to some kind of copycat challenges involving cutting over the social media.

Clearly, the infatuation with the West, most common among the more privileged, has a role to play in the growth of cutting. So do social pressures based around demands for academic achievement, popularity, the perfect body image and sometimes meeting unrealistic parental expectations. Relationships with the opposite gender are known to be a factor.

A counsellor at an Islamabad school who did not wish to be named said that they had been forced to ask a girl who had been cutting consistently and over a period of many months to leave the institute because her behaviour was disturbing other pupils. An infatuation with a boy at the school was believed by the counsellor to be the chief reason for her behaviour. She is currently seeking psychiatric help.

However, sadly, according to Poonum Zahoor, a teacher who has taught in the UK, Lahore and Karachi and also worked as a psychotherapist, only a few are fortunate enough to have families who will support them. "Families often deal with the problem by covering it up, punishing the girl or ignoring her," Zahoor tells TNS.

She regrets how our society is structured. "It is bleak. They believe seeking psychiatric support is akin to admitting their child is insane and it is still a taboo to accept counselling or support."

Essentially, the issue is one that many teenagers are familiar with. Some boys are among those who cut, often again for reasons based around self-esteem, pressure or image. There is a desperate need to create awareness about it and help children like Layla, 14. "I once cut my arm so deeply it took me hours to get the bleeding to stop. I don’t want to hurt myself, but I don’t know how I can prevent myself from picking up the blade and digging into my skin."

When the body becomes your enemy