One of the most promising actors of 2018, Iqra Aziz sits down with Instep and talks about diversifying,the impact of cyberbullying and people’s insensitivity towards #MeToo. 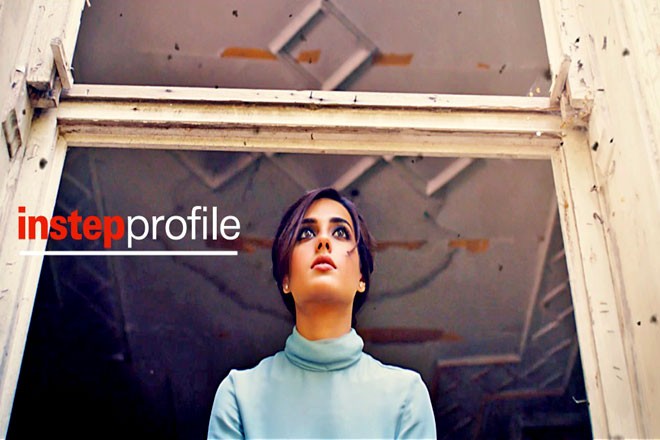 Twenty year old Iqra Aziz, popularly known as the feisty Jia from Suno Chanda and now the equally fiery Noori in Ranjha Ranjha Kardi, has spark. Her age and her extremely petite frame are misleading though; Iqra is larger than life and in a short span of time and work, she has proven that maturity as an actor need not depend on years. Iqra definitely has spark but she also has spunk; she’s not afraid of speaking her mind, which also reflects in the two characters she most recently portrayed. All this, rolled together, makes for a very intriguing package.

Born and raised in Karachi, Iqra started her acting career six years ago when she was just 14. She always wanted to be an actor hence, when she came across an opportunity, she was quick to jump at it. Iqra finished college alongside her acting projects but eventually chose to take a break from studies so she could focus on her work. However, she plans to resume her studies in the next couple of years as education holds key importance in her family; her sister is a software engineer, she shared when we met as she was prepping for a fashion shoot.

Iqra is one actress who may not have any formal training in acting yet shines through every character she plays onscreen; she’s gifted that way. She has delivered powerful performances in plays like Khamoshi, Qurbaan, Suno Chanda, Choti Si Zindagi, Ghairat and Tabeer and is impressing with her portrayal of Noori in the ongoing Ranjha Ranjha Kardi.

"It is such a beautiful and different character," Iqra expressed her joy on playing Noori. "It is a journey of a girl who goes from the slums to a house where she gets married. She isn’t positive in entirety; she makes mistakes, she learns from them - you’ll see that it is very close to reality."

Three episodes into the play, Ranjha Ranjha Kardi is picking up good reviews, mostly for its intriguing subject and then for the characterization of Iqra as the exuberant Noori and Imran Ashraf as the mentally challenged Bhola. Noori comes from a family of rag-pickers but that doesn’t stop her from dreaming big and she works hard to raise her standard of living. She is bold, confident and stands up for herself, refusing to rely on anyone else.

At a time when most of TV actors are stuck with monotonous roles, Iqra Aziz has managed to play a diverse set of characters that have broadened her horizon as an actor. It wouldn’t be wrong to say that she is one of the most versatile actors among her contemporaries.

"Every actor aspires to diversify their work but it is also a matter of luck that they are offered unique roles," the actor confessed. "You can’t opt for a role unless you are offered one. I have been fortunate with the offers I received and I made sure I go for a different character every time I appear onscreen. If we look around, every person is different from the other one so we can’t keep portraying the same kind of people on the screen."

Being a modern day, progressive working woman, Iqra feels privileged to be able to highlight stories of hope and empowerment. She would love to create an impact with her work rather than generate ratings - her character in Choti Si Zindagi did both.

"Viewers like to see women crying onscreen because women sitting in the house relate to these characters," she explained. "It is in our hands to change their perception; we can continue showing these stories on TV but there is more to them that we can present through dramas. We need to find ways to deal with sad situations positively. We can teach viewers through television and I think I’d like to be a part of that process."

Iqra is of the view that though recent years have seen multiple progressive characters on the small screen, it’s time we move beyond glorifying women within the confines of a household.

"We should highlight stories of women who have achieved so much in their lives, beside cooking and cleaning, and are going places," she elaborated.

"I have been offered a few films but I am looking for a script that has some role for women as well. It is believed that television is for women and films are for men but I feel there should be equal opportunities for both in films and on television. Women too should have substantial roles and the stories should be good so as to entertain viewers who pay a heavy ticket price to watch a film."

Present day actors may have more mileage and privileges, given the fast-paced, digital age they operate in, but one cannot deny that it comes with a heavy price. On one end, social media has given them more exposure than ever before while on the other, it has taken away their privacy by allowing anyone to interfere in their lives.

Speaking of how she looks at this whole idea, being a public figure in this day and age, Iqra said, "Social media has an amazing impact today; everyone is connected through it. It helps us actors as well as people belonging to other fields showcase their talent and become more accessible to their fans who otherwise don’t get to see them in person."

However, she also admitted to the downside of social media.

"I admit that I put myself, my life in public but that doesn’t mean I don’t have a personal life," she asserted. "If I am posting something, that’s me as a human, saying something not as ‘Iqra Aziz’ always. People interpret it as they please and then blame us for putting up something that they found inappropriate. They criticize and make us feel really bad at times. When they like our work, they praise us like anything and vice versa. Sometimes it is very sensitive for me, sometimes I really feel bad. It is just that social media has given them the power to say whatever they want to, sitting behind a computer screen. I am pretty sure that these people cannot say all of this to us in person; it is very easy to say it out there."

When asked how she responds to cyberbullying or any negative remarks that come her way, Iqra says that she never does.

"I feel it is better to ignore and move on even if I am offended with something," she expressed. "If I put up a pretty picture of myself, it’ll take two hours for people to start praising it and they will forget what I said or did earlier. The sad part is that the criticism is anything but constructive. People don’t realize that it can literally take someone to the edge of dying and that is really bad. That’s how social media is coming in. If I hadn’t made peace with the fact that I am short and tiny, I would have felt really bad every time I was criticized on my height. Whenever people see me in person, they’re like ‘aap kitni choti si hain’ and then they expect a reply. How should I respond to that? Being a public figure it is important for us to maintain peace within ourselves because the world is not going to change."

Speaking of necessary change, we spoke of the ‘Me Too’ movement that has allowed various women to speak up against their sexual offenders.

"Men will continue to be the way they are, whether it is within the industry or out there in the world," she replied. "But what matters is how we respond to it. If something happens, one needs to give a shut-up call; if something like that happens to me, I’d do the same. If I find any behavior unacceptable or a gaze that’s inappropriate, I say it on the other person’s face, ‘Sir I respect you but I will not accept this’."

"I am amazed to see how people make fun of #MeToo and take it so casually," Iqra pointed out. "It is a campaign that’s helping women come to terms with what happened with them, which is otherwise hard to face. Once a woman is able to accept it, she is in a position to react to it so that it doesn’t happen again. If we choose to stay quiet then it will keep happening; it is a vicious circle. Sexual harassment is a very sensitive topic and one can’t simply make fun of it. Also, one should refrain from blaming the victim for taking so much time to speak out. How can you question someone for not speaking out earlier? Every woman has a different level of acceptance; it requires a lot of courage. The reason they are speaking out now is because society is changing and there is a movement that is encouraging them to finally expose those who have offended them. Women, including those who have been through it, are standing in solidarity. We need to stop victim blaming and need to hear those stories, support each other and take a stand against it." 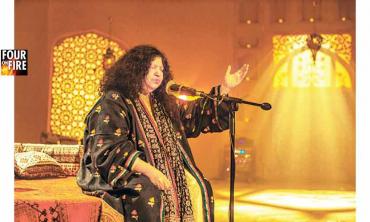 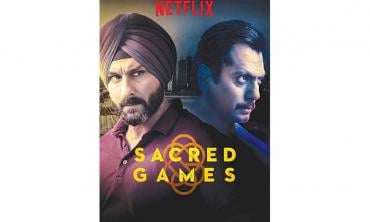 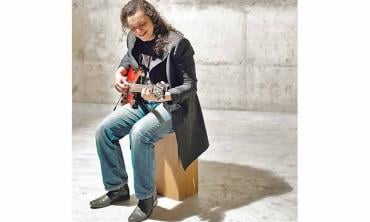