In search of water solutions 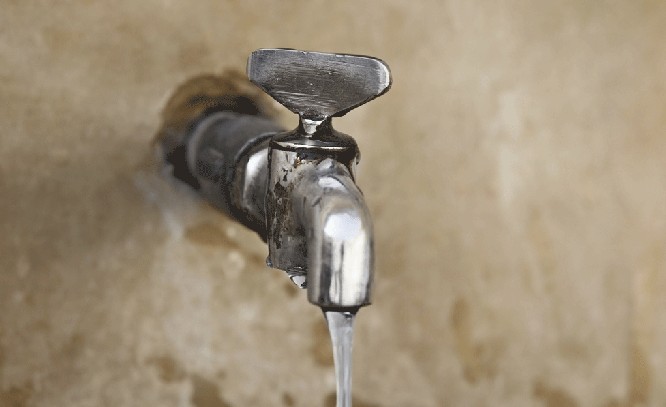 Water scarcity has been figuring prominently in the national discourse now. It has initiated a debate on water issues in the country that is a welcome development. The spectrum of debate ranges from building more dams and their feasibility, water conservation, and better water management.

It is reported in the press that availability of water has gone down from 5,000 cubic metre per capita at the time around the partition to about or less than 1,000 cubic meter per capita presently. Running on Empty: Pakistan’s Water Crisis published by the Woodrow Wilson International Centre for Scholars equates this prospect to Pakistan becoming a water scarce country. The publication states that 90 per cent of Pakistan’s water is used for irrigation and agriculture. However, due to poor drainage and intensive irrigation, extensive use of water often leads to water-logging and salinity. It not only leads to the waste of precious water resources but also makes vast agricultural land un-cultivatable.

The agriculture sector in Pakistan is the lifeline of our economy and it also has extensive backward and forward linkages with the rest of economy. According to the Economic Survey of Pakistan 2017-18, agriculture is credited for about 19 per cent of Pakistan’s GDP and provides employment to 42 per cent of labour force.

The Economic Survey identifies five-pronged strategy to deal with the water crisis ranging from institutional reforms; water conservation; protection from floods, water logging and salinity; water augmentation; and groundwater management. It identifies measures such as construction of dams, lining of water courses and canals, and a drive to enhance efficiency through optimal operationalisation of water infrastructure. The survey lists actions related to trans-border water diplomacy, sustainability of natural resources, water pricing/costing to promote efficiency, usage of saline water and the much-needed groundwater recharge as part of its strategy to deal with the water crisis.

It is obvious from the above that the Economic Survey is mostly talking in terms of generalisation rather than providing the analytical foundations to build a concrete strategy to deal with the water crisis. May be the Economic Survey is even not the place to provide such a prognosis. However, it reflects a larger malaise with the public sector planning.

Other than emphasis on building new dams, we have not got much well-researched and well-thought-out solutions coming from the public sector so far. The previous PML-N government some months ago adopted the National Water Policy. However, it has not led to multi-pronged nuanced debate and strategy formulation that was needed. On the other side, the debate has been much healthier in the press on water issues.

Running on Empty: Pakistan’s Water Crisis highlights use of over 90 per cent of water for agriculture with the one of the world’s lowest productivity per water unit leading to colossal inefficiency of water use in Pakistan. There also is lack of water laws to define water rights. In the absence of clearly-defined rights, land ownership has become a proxy for water rights often leaving aside poor farmers. Equity, environmental sustainability and efficiency in water use are needed to deal with Pakistan’s water crisis.

Another publication Pakistan’s Water Economy Running Dry by the World Bank states that Pakistan is dependent on a single river system that takes away the multiplicity of water sources and river basins. Water pollution is a major issue as well with approximately 15 million tons of salt embedding the Indus Basin every year and transmutation of saline water into ground water reservoirs.

Over-exploitation of ground water which is the source of half of irrigation of agriculture has serious impact on the depletion of water resources. Not only is the water table nose-diving quickly as in Balochistan but water level is not being recharged due to water withdrawals.

Pakistan’s water management system is crumbling. Generally, there has been philosophy of "build/neglect/re-build" rather than improving the crumbling infrastructure. The capacity for project implementation in irrigation is also poor. The quality of water infrastructure is so poor that yield from self-arranged groundwater agriculture is twice as much as from the canal supplies.

Running on Empty: Pakistan’s Water Crisis also focuses on a visible North-South conflict over water in Pakistan. With the increase in population, the water has been perceived to be diverted to agriculture and drinking water needs in the cities in the Punjab, leaving the Indus delta dry. The river Indus has shrunk as it goes into the Southern Sindh province affecting the livelihoods of communities who have been traditionally dependent on water for their sustenance. It has particularly had an impact on fisherman and led to coastal poverty and degradation and mangrove destruction.

There is need to take into account the rights of lower riparian and the poor while dealing with the water crisis. It could be done through introspection, analysis, planning, strategy formulation and implementation by keeping in mind creative and innovative ways to deal with water issues. There is need to broaden the debate on finding solutions for water crisis, taking into account political economy, equity and governance issues.

In search of water solutions