Violence, disruption, civil unrest, and political riots can have an immense psychosocial impact on adults and children alike 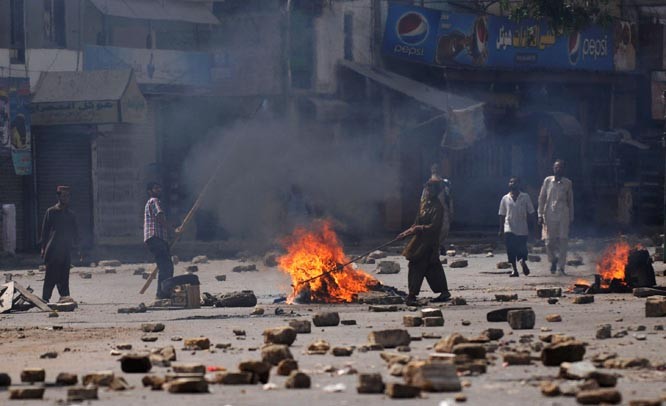 Recently, Aasia bibi’s acquittal brought out people in multiple cities across Pakistan who exhibited violence or threatened with violence, road blockades, destruction of private property, and an inability to move about freely. Such exhibits can have direct negative effects on mental health of adults and, particularly, of children.

Violence, disruption, civil unrest, and political riots can have an immense psychosocial impact on citizens, both through direct and indirect exposure. Since the advent of television, there has been a debate on the effect of televised violence on children. Unlike in developed countries, where children are not active participants in protests or riots nor direct observers, in Pakistan they are both active participants and direct observers and the effect of this kind of exposure can not only be negative, but also long-lasting. Even parents who believe they are keeping their children safe at home, cannot prevent the indirect negative effects such situations produce. Children become indirect observers by hearing adults discuss the city situation or through media as well as indirect participants by means of school closures.

There are multiple concerns here: first, there is "normalisation" of behaviour. Repeated exposure of children to violent behaviours, even if it is indirect, desensitises them. Secondly, certain behaviours become permissible to children. Seeing threats or acts of deliberate violence to achieve a purpose can give children the impression that these actions are not only permissible, they are necessary to reach a satisfactory solution. To top this they also observe that there aren’t any real consequences for causing the damage.

Research has shown that modelling, observation, and imitation have an important role in learning aggression. Modelled behaviours can evolve and children add new behaviours to adapt to the need of the situation. This can result in long-lasting negative effects including reduced empathy, desensitisation, disregard for authority, aggression and in some cases, even upset and paranoia about safety. Social cognitions can be influenced and affect how they may think, behave and respond to different social situations.

Repeated exposure can lead to desensitisation which causes a reduced response to a negative or averse event. Living in Pakistan, many of us remain unfazed when we hear about a shooting or bomb blast, particularly if we feel it does not affected us directly -- but it actually does. The very fact that we are not rattled by such news is evidence of desensitisation through indirect exposure and our response is a direct result of that exposure. Children, in their formative years, learn about these "normal" situations with their associated "normalised behaviours" that then could play a crucial role in shaping them as adults and can have a trickle-down effect on much needed attributes like empathy. It is important to note here that desensitisation towards an abhorrent event does not translate into resilience exhibited by individuals.

Adults may also experience feelings of paranoia due to the uncertainty and unpredictability of the situation. Fear and worry about safety can arise from the situation’s disruptive nature and contributes significantly to levels of stress. Uncertain and unpredictable situations can induce anxiety, apprehension, and anticipation that something bad and unexpected could happen and as a result, we halt our daily routines to avoid any negative happenstance.

For working individuals, thoughts about risks of going to work compete with worries about work responsibilities if work is missed and can result in cognitive dissonance, i.e. the psychological stress we feel when confronted by two contradictory beliefs or ideas. When there is a lack of control over the situation, people can experience hopelessness ("nothing is going to change"), helplessness ("there’s nothing I can do about it"), depression, and despondency. Such anxiety combined with feelings of a lack of control can severely impact our mental health.

Unfortunately, mental healthcare is one of the most neglected areas in Pakistan. We not only lack proper policies, systems and regulations to address mental health related issues, we also lack properly qualified mental healthcare professionals in the absence of a psychology licensing body. At an organisational level, employers need to create an environment where safety is given first priority. At an individual level, we need to take out time to talk to our children about unsettling events since they are being exposed regardless of the precautions parent may take -- sharing and communicating feelings, and teaching them appropriate behaviours and responses in the process.

Mental health is essential because it can have huge and long-lasting effects without ever displaying either physical or clinical symptoms; therefore, it deserves due attention and care, especially in times of uncertainty and unrest.