Flaw in the law?

With a petition lying before the Supreme Court about the death in accidents of 327 coal miners in eight years, civil society members including unionists share their perspectives on the direction future efforts should take 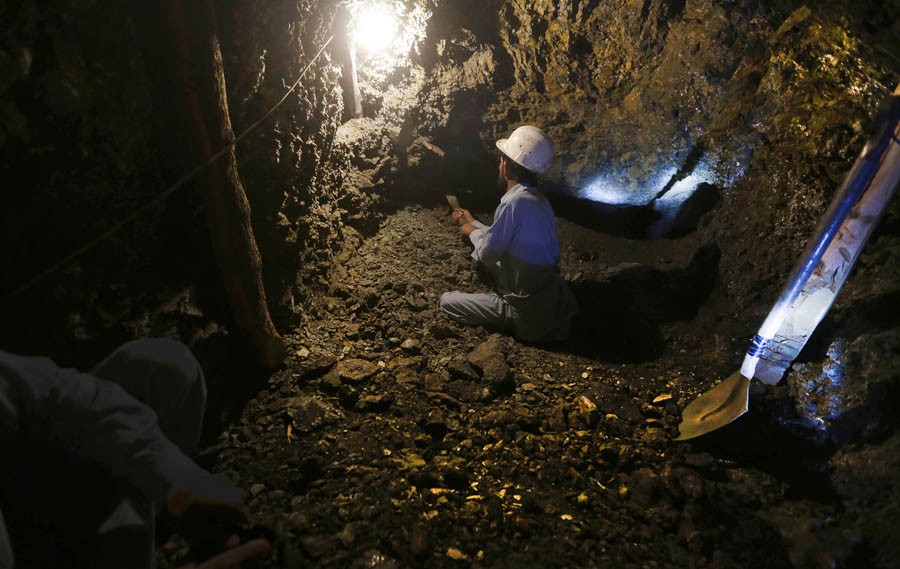 On September 16, 2018, a few lawyers led by Usama Khawar petitioned the Supreme Court to take suo motu notice of the deaths of 327 coalminers in Balochistan and KP between 2010 and 2018. The petition, filed a few days after the September 12 coal mining accident in Kohat, cited data regarding accidents from 2010 to 2018. The petitioners demanded inspection reports from the Balochistan and KP Chief Inspectors of Mines, requested reports from provincial Director Generals of Mines on cancelled mining licences, and asked provincial governments to constitute inquiry courts and publish reports for accidents between 2010 and 2018. They also demanded that provincial Commissioners of Mines Labour and Welfare compensate victims and their families, asking the Supreme Court to assign liability to government officials, departments, mine owners and managers and to initiate proceedings against them.

Although, on September 16, the Supreme Court asked the respondents to file these reports, Advocate Khawar says while talking to TNS he had not received any updates from the Court’s Human Rights Cell. Discussing the petition’s likely outcome, he claims that despite the death of three miners since its filing -- in a coalmine explosion in Dera Adam Khel in October -- the Court appears uninterested in labour issues. Lamenting this apparent disinterest despite the petition’s presentation of solid data, he says it stems from the lack of publicity generated by issues occuring in ‘’far-flung’’ areas.

Secretary General Mines and Gypsum Quarries Union, Pind Dadan Khan, Yousaf Naz says such efforts were a welcome step given the weakness of trade unions, and points out that geographically scattered mine workers with limited awareness and funds were unable to go to the Supreme Court on their own.

Sultan Khan, Secretary General of Quetta-based Pakistan Central Mines Labour Federation (PCMLF) and leader of the IndustriALL Pakistan Council (IPC), comprised of Pakistani affiliates of the IndustriALL Global Union, however, expresses disappointment that PCMLF hadn’t been included in the petition. Talking to TNS, Pakistan Mine Workers’ Federation (PMWF) Chairman, RA Khattak claims that rather than focusing on laws and implementation, the "root cause’’ of the issue --miners’ behaviour -- needed attention. "Even though the inspectors get blamed, miners often show neglect in wearing safety equipment such as helmets and goggles."

Describing the current and previous efforts of their unions, there seemed to be an ambivalent mix of disillusionment and satisfaction amongst these unionists. Their comments indicate a desire to highlight their work’s impact while also demonstrating an awareness of the obstacles facing them. Stating that some union leaders are themselves mine contractors, Sultan Khan highlights a major limitation in their effectiveness. Naz emphasises small, gradual victories, claiming that success lies in increasing illiterate labourers’ awareness. "Inviting officials to processions made labourers increasingly aware of the Union’s access to important people’’ he states. "Before, it was hard to gather even ten people, now we can get two hundred’’. Recalling past achievements, Naz highlights how protests resulted in the law requiring mine workers to be registered with the Employees Old-Age Benefits Institution (EOBI) in order to qualify for death grants from the provincial government being changed in 2008. ‘’When the death grant [for unregistered workers] was approved, labourers felt reassured [about the Union’s capabilities].’’

Resource shortages are obstacle to implementation. A source comments that distance between departmental offices and mines, as well as uneven roads and old transportation make rescue operations ineffective.

When asked about unions’ responses to recent coalmine accidents, both Sultan Khan and Lahore-based Niaz Khan of the All Pakistan Workers’ Confederation speak of the country-wide protests organised by IPC and its affiliates on September 28, this year. Among their demands was ratifying ILO’s convention C176 on mine health and safety. Sultan Khan claims the aftermath of these protests saw the Balochistan Mines Inspectorate imposing 63 fines. He emphatically says that convention C176 would be ratified by Pakistan because of recent pressure, stating that he had been invited by Asad Sheikh of the Ministry of Overseas Pakistanis and Human Resource Development to Islamabad for a meeting within the next two weeks, where IPC and its affiliates also have an upcoming meeting with ILO representatives from Geneva. He says the agenda of the former meeting is "discussing the aforementioned convention and the formulation of new mining laws for Pakistan".

Similarly, Naz describes efforts to increase compensation and hospitals for miners. Asked whether they have ever taken legal action, Naz says the union has recently taken a case regarding Rs124 billion in missing funds against the Mine Workers’ Welfare Department to the Supreme Court. It was only after the last hearing a month ago, when the Court ordered a release of these funds, that the department resumed writing death grant cheques, which had stopped coming for a while, he explains. According to Naz, Judge Azmat Sheikh asked the department to disclose the location of the funds by the next hearing.

Going to Balochistan High Court again this year after a pending 2011 case against contractors using blasters, PCMLF has demanded that companies operate mines directly rather than using contractors. According to Khan, the final order, which left them "dissatisfied and disillusioned’’, merely asked PCMLF to write to the DG Mines and Minerals asking him to fulfil his duties. Yet Khan is defiantly optimistic when discussing plans to pursue the issue at the Supreme Court.

Discussing implementation issues, Niaz Khan and Naz point to the overlap between politicians and mine owners as a major factor. Sultan Khan cites two reasons for poor implementation: the expense to contractors for following safety procedures and to provincial governments for employing inspectors. In district Chakwal, only two inspectors are responsible for 1200 mines.

Resource shortages were also cited as obstacle to implementation by an anonymous source, who comments that "distances between departmental offices and mines, as well as uneven roads and old transportation made rescue operations ineffective, and some officials had requested the provision of rescue helicopters".

Referring to death by suffocation of Amjad Iqbal, Anwar Iqbal and Zulfiqar Awan in a mine owned by Malik Manzoor and run by Dost Sung Company on July 28 in Chakwal, the source claims that, despite the inquiry court’s recommendation that his license be cancelled, Manzoor obtained a stay from a civil court, and refused to pay compensation, claiming the labourers had been mining illegally. District authorities have sealed the mine and filed an appeal in the sessions court.

In other respects, it appears the law itself is ineffective. While PMWF’s Khattak blames accidents on Mine Sardars, appointed from amongst labourers to inspect mines daily and give clearance for activities, the fact that Sardars are on the owner’s payroll suggests that, contrary to Khattak’s argument that mining laws are a secondary issue, the flaw lies in the law allowing the Sardar’s boss to be the very person whose mine he is supposed to scrutinise.

Moreover, as Naz points out, even if implemented, the fines delineated in the 1923 Mines Act are ineffective deterrents because of the decreased value of the specified sums, and contractors would rather pay a Rs5,000 fine than invest in proper safety measures.

Flaw in the law?