The in-between space away from home

Pakistani airports are much behind their international counterparts in terms of facilities they provide to travellers, yet authorities keep erecting roadblocks in the way of eager entrepreneurs 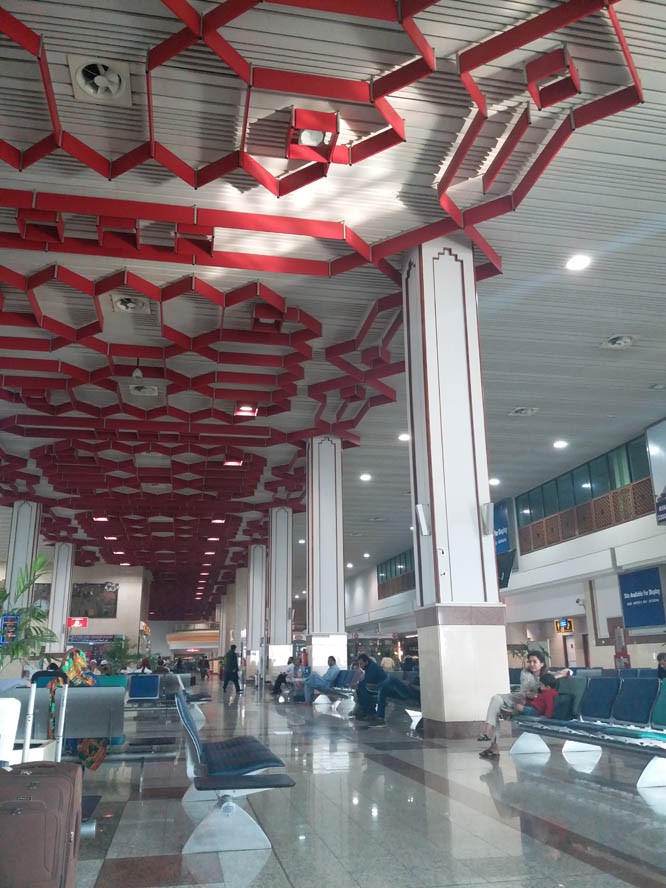 Snooze pods, rooftop swimming pools, a butterfly park to potter in, Michelin-starred meals or even a 4-storey-high kids slide to kill time at airports… these are not a figment of one’s imagination but are for real. And if these are the treats travellers hopping on and off planes get even before the actual fun at the destination begins, I bet many of us would not mind longer layovers or delayed flights.

Airports around the world have progressed from being mere transitioning spaces, though sadly, in the case of Pakistani airports, time seems to be standing still. The dodgy tender processes, indecisiveness and red tape have probably been the biggest impediments to turning airports in Pakistan into profitable hubs. To even talk to TNS about the challenges or future that Civil Aviation Authority (CAA) has in mind for airports in the country required senior people to go through a painstakingly lengthy procedure of seeking permission from superiors.

But it doesn’t have to be that way. Today, airports are more than just spaces from where people jump on and off planes. According to the Moodie Davitt Report, global passenger traffic increased by 7.5 percent in 2017. Ten of the top 20 fastest-growing airports are located in China and India, making the two countries aviation powerhouses. And interestingly, while the world is elbowing out brick and mortar shops over a preference for e-shopping, airport retail seems to be flourishing, even expanding.

Often times passengers are inside airport terminals for an indefinite period -- when the weather gods are very angry -- and need to be plied not just with food and shopping but areas for comfort and fun, not just for the VIPs fliers but the hoi polloi in coach as well. So, if for instance, you are stuck for two hours at London’s Heathrow, you can get yourself a free makeover. Can that happen at a Pakistani airport?

Saeeda Mandviwalla CEO of Toni & Guy salons in Karachi, says she contemplated opening a branch at the Karachi airport "many years ago" and "even explored the opportunity". About five years back she even spoke to Zainab Duty Free about how she could set up her salon there. "I got fed up with the red tape at the airport and gave up the idea," she says.

But given the opportunity, she is still game. "I could do pop-ups at airports," she tells The News on Sunday. Mandviwalla has been in the beauty business since 1988 and has been running three Toni & Guy salons for the last 10 years now.

Although there is a string of souvenir shops past immigration at Karachi’s Jinnah International Airport, sadly they are boring and do not attract much foot traffic.

On the other hand, Nina Lotia, running a salon by the same name, is sceptical and is not sure if it makes good business sense to open a place inside airports. "Even if it’s an express branch, there isn’t enough time," she says.

And even if there was, Lotia says there needs to be "more traffic" at airports for her business to thrive. "If I am unable to take out the expenses, how will I make profits and usually at airports these services are much pricier than in cities. Another big deterrent for her is getting the staff working at her salon and the beauty products inside the airport. "Getting them past the security is another big hassle!" says Lotia.

Pakistan cannot come even close to what other airports have begun offering in terms of entertainment. Travellers often like to reach airports way ahead of their flight schedule, especially if it is Asia’s second busiest airport - Singapore’s Changi Airport -- not so much to walk inside the butterfly garden, but to experience the rooftop swimming pool or watch a movie at the theatre, while the kids try the 4-storey-high slide. And if one is at Munich airport, one may wish for a longer stopover to experience surfing on the world’s biggest artificial standing wave. At Seoul’s Incheon airport passengers would heartily welcome a delay that would allow them to choose between watching a movie at a theatre, playing golf or trying their luck at the casino.

Stores selling pret, like Sapphire and Khaadi, leather products like Jafferjees and Hub, and those selling attractive traditional crafts can not only turn around revenues for themselves but give Pakistanis another kind of visibility.

Although there is a string of souvenir shops past immigration at Karachi’s Jinnah International Airport, sadly they are boring and do not attract much foot traffic. Part of the problem is that these stores are splitting with goods, like the kind you see at Karachi’s famous Zainab Market. Shoppers today are more discerning and automatically gravitate towards uncluttered shops that display their ware aesthetically.

And it’s not that we do not have such craft shops to boast in the first place. Tali and The Craft Company have given a new twist to our ghissa pitta metal and woodwork, marble, ajrak, ralli and pottery, the kinds Cooperative and Zainab Market in Karachi are filled with. Both are also reviving many of Pakistan’s dying crafts and empowering artisans economically.

The owners of these stores, both women, are confident they would do stupendously and both have tried several times to open branches inside the airport.

Sadly, both have failed to get their desired spaces. The oft repeated "wait for the announcement of the tender" is quite a discouraging factor, says Sadiqa Husain Tayebaly, owner of Tali, who has been wanting to open up a full-fledged store at the Karachi airport now for over five years. Muna Siddiqui, of The Craft Company, on the other hand, happy with just a kiosk, went a step further and even held a meeting with the civil aviation authority.

"I even took samples of my work to give them [CAA] an idea of my work. They seemed genuinely interested but did not know how to move forward," says Siddiqui, who has been in the business now for 15 years with a store each in Karachi and Lahore, and supplies her pieces to various shops and homestores within the country and abroad. "I want the foreign travellers to take a bit of Pakistan back, and experience a different side of my country," she adds.

As with everything else, airport food, too, has gone through a makeover and so from the calorie-laden stale food you can now go for drool-worthy sushi, tapas and Thai curries.

For many foreign guests, Pakistani cuisine is a big attraction and most restaurants in the city do very well. Even for Pakistanis, food is a favourite pastime, so investing in a sumptuous spread would make sense, except, most restaurateurs stay a safe distance from opening shop inside Pakistani terminals.

Yet, Espresso -- the cafe that claims "Coffee is what we’re really, really good at… But we know a thing or two about feeding you as well" is also vying for space at the domestic terminals at airports despite the owners knowing that "it’s a lengthy and complicated process".

And despite not being allowed to do live cooking inside the terminals and no gas appliances allowed, Irfan Halai, one of the owners, says they can still put together fairly interesting cold and warm "to-go" meal plans, including sumptuous salads and healthy juices.

But why would Halai want to go through not only the very difficult and tricky business of getting food inside airports but the rigours of red-tapism and even turning a blind eye to the dine-and-dash habit of people in authority that cafes already there complain of? "Sometimes at places like this, it’s not always about making profits but often more to do with branding!" says Halai, who has been in the restaurant business now for 14 years and already has eight cafes in Karachi and one in Lahore.

Other than restaurants and cafes, if nothing else, our airports can at least showcase and sell our local produce -- dried fruits, oils, scents, honey, meethai, dried savoury items etc. in attractive and leak-proof, sealed packaging. There is a mithai shop at the Karachi airport and it seems to be doing well by the look of customers hanging around it.

But seriously, Pakistani airports are light years away from their counterparts elsewhere. Most are getting wiser to the ways of wooing their captive audience and offering a slew of non-stop shopping, mouth-watering cuisines, free movies, even pampering. It is time, local airports decide to up the ante, make profits for their own coffers and keep travellers happy.

The in-between space away from home