Water grab in the Himalayas 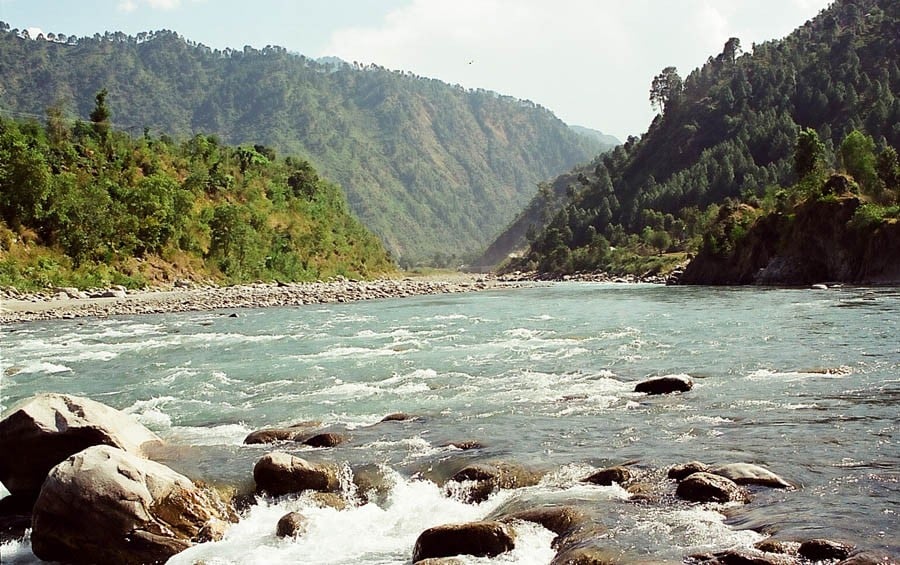 The time is running out. The global community has 12 years to tackle the effects of climate change, by limiting global warming to a maximum of 1.5C. Failure to achieve the coveted goal poses a real and grave threat to human civilization. It could bring in its wake flash floods, cyclones, droughts, land degradation, desertification, extreme heat and extreme suffering for hundreds of millions of people and, possibly, termination of some cultures, as it did millennia before.

The phenomenon poses grave risk to Pakistan, which ranks eighth on the list of countries prone to natural and man-made disasters.

The memory of the flash floods of 2010 and 2011, which caused great loss to human lives and property, is still fresh in our minds. The flood waters flowed over the roof-tops of buildings in Nowshera cantonment and some other cities of Pakistan. Imagine the likely consequences if (God forbid) glaciers melt down faster and their water floods regions downstream, devastating human lives and property.

Logically, the enormity of the possible challenges call for a well thought of, coherent, concerted and coordinated approach to be collectively forged by all state organs, civil society organisations, media houses, intelligentsia and public at large.

The climate change could also adversely affect agriculture, one of the major sectors and backbone of Pakistan’s economy. By 2040, according to the World Wildlife Fund, up to 10 per cent of Pakistan’s agricultural output would be affected by climate change. The global warming could not only make it more difficult to produce crops, the reduction in crop yields could also push food prices up, adding to the miseries of the bottom 40 per cent of the population. In short, besides disasters, unprecedented floods could play havoc with agriculture.

In general, an increase in temperature will lead to shortening of ‘Grow Season Length’ (GSL) for wheat and rice crops in all the selected wheat growing districts and ‘basmati’ tract of the country. The likely emerging situation should be a matter of serious concern for the planners and thinkers of an agricultural country like Pakistan.

Meanwhile, Pakistan’s thirst for water -- a vital resource for people’s health, livelihood and economic development -- has been constantly rising due to climate change, population growth and failure of successive governments to augment water resources by building more reservoirs.

Even the available fresh water supply is under stress due to the drying-up of river basins, burgeoning human population, increased urbanisation, climatic change and detrimental policy choices. While Pakistan has been able to utilise only 13 per cent of its hydel resources during the last 69 years, some countries make optimum use of these resources. For example, USA has developed 497 per cent storage capacity of the annual flow of river Colorado, Egypt 281 per cent on river Nile and India over 35 per cent on Satluj and Bias Basin.

To make optimum use of water resources, in our neighbourhood, India, Nepal and Bhutan have plans to build more than 400 hydropower projects in the mountain region of Himalayas and generate over 160,000MW of electricity. India alone aims to construct 292 dams. If all dams are constructed, as proposed, the Indian Himalayas would have one of the highest average dam densities in the world, with one dam for every 32km of river channel. China has plans for around 160 dams to generate almost twice as much power from major rivers rising in Tibet.

Until recently, most of the Himalayan rivers were relatively untouched by dams near their sources. But, now both India and China are rushing to harness them, which could make the Himalayas as the most dammed region in the world. Resultantly, China-India disputes have shifted from land to water. Water is the new divide and it is going to take centre-stage in politics.

While India’s dam-building drive is primarily motivated by a desire to take advantage of the Himalayan rivers’ hydropower potential, the dams also help to consolidate India’s territorial claim on the contested border state of Arunachal Pradesh, which is known as "South Tibet" in China.

Bangladesh is fearful of India’s plans for water diversion and hydropower. Its scientists fear that even a 10 per cent reduction in the water flow by India would dry out great areas of farmland for much of the year. Pakistan has similar fears due to India’s massive tampering, since 1980s, with Pakistani rivers originating from the Indian-held Jammu and Kashmir. Already due to India’s dam-building spree, the water flow in Pakistan’s Chenab and Jhelum rivers has considerably reduced.

India’s BJP-led Modi administration seems to have further geared up efforts to use water as a weapon of war against Pakistan. Readers may recall Indian Prime Minister Modi’s statement to block off Pakistan’s access to water.

In view of the Indian designs and the looming danger of water scarcity, Pakistan needs to speed-up efforts to build as many mega water reservoirs as possible. However, after years of inaction, when Pakistan announced plans to build 4,500MW Diamir-Bhasha and 800MW Mohmand dams, some quarters, both within and outside the country, have geared up efforts to thwart the plans for the construction of these projects, which are essential for sustaining human life and the country’s progress and growth. Diamir-Bhasha dam is projected to produce 4,500MW of electricity through environmentally clean hydropower generation, extend the life of Tarbela Dam by 35 years and control flood damage by the River Indus.

While keeping mum over the plans of India, Bhutan and Nepal to construct hundreds of dams in the rivers flowing from Himalayas, these circles have started a campaign against the construction of dams by Pakistan, ignoring the fact that Pakistan has already become a water scarce country and augmenting the water storage capacity is crucial for meeting its growing thirst for water. Recently, anti-Pakistan circles tried to raise the issue of Pakistan’s hydropower projects, through Sindh caucus, in the US Congress. The persons behind the move by this mini-caucus need to be identified and exposed.

It may be noted that the climate is changing faster in the Himalayas than any other region of the world. The mountain’s mighty glaciers, the source of large Asian rivers, are melting and shrinking at a fast rate. To make hay while the sun shines, these dams are all being built or planned to be built in rivers that are fed by glaciers and snowfields.

Climate models suggest that major rivers running off the Himalayas, after increasing flows as glaciers melt, could lose 10-20 per cent of their flow by 2050. This would not only reduce the Himalayan rivers’ capacity to produce electricity, but would exacerbate regional political tensions. Like China, India, Bhutan and Nepal, Pakistan could make the best use of glacial and snow melt and the resultant increased flow of water up to 2050.

Presently, Pakistan uses about 50 per cent of the 140 MAF of its available run-off water, i.e. water that falls on the country and is collected in rivers, lakes and streams, in a normal year. It draws about 70 MAF from underground springs and natural reservoirs. Of the 210 MAF water, some 100 MAF is consumed for irrigating 40 million acres of land, while some 40 MAF reach the Indus delta.

Out of the water that escapes to the sea, some 36 MAF of water can be controlled and utilised for irrigation and generation of pollution free hydropower. However, this can happen only when the leaders succeed in building a national consensus on the issue of water conservation and building hydropower projects.

Water grab in the Himalayas