The importance of experience

Pakistan will have to have Amir, Junaid, Malik and Hafeez in the team if they want to qualify for the knockout stage of next year’s World Cup 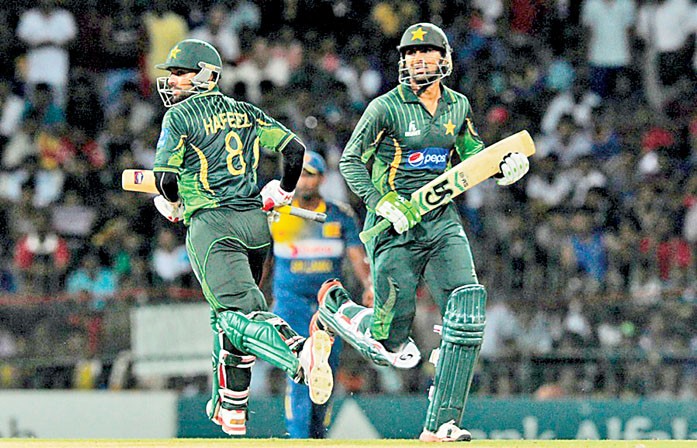 Although Shaheen Afridi and Usman Shinwari have done well in the recent months, Pakistan cricket’s decision makers must go back to the bowling attack that won them the Champions Trophy in England last year: Mohammad Amir, Junaid Khan, Hasan Ali, and Shadab.

Even if Amir has been out of colour for some time, he remains the most threatening bowler Pakistan can field in the World Cup. He has the ability to destroy any batting line in the world when he is in rhythm. Rohit Sharma, Shikhar Dhawan and Virat Kohli are the best ODI players in the world right now. And he dismissed all the three in that memorable final against India in 2017.

And he is the most experienced one in the current available lot with 217 wickets in 120 international matches across the three formats. If you take him out, you take the sting out of the bowling attack.

Quite similar is the case of Junaid Khan. He has been unjustly kept out of the team in recent past. Whenever he has been given the opportunity Junaid has shown that he is capable of dismissing the best of batsmen. Like Amir he also has enough experience. He has taken 183 wickets in 101 international matches.

Although he was among the top wicket-takers for Pakistan in 2017, he has been in the ODI eleven only four times this year so far. Keeping him out in the early matches of Asia Cup was beyond comprehension. When he was finally given chance, against Bangladesh, he proved his mettle by taking four wickets, giving away just 19 runs in nine overs.

With Shadab, Hassan and Faheem already in the team, Pakistan selectors may do well to give Mohammad Abbas the ODI cap, as he is an ideal choice as a seamer in English conditions. In his List A career, he has taken 63 wickets in 47 matches.

Let’s now consider the batting line up. Pakistan cannot afford to keep Mohammad Hafeez out. Even if he underperforms in a few matches, the selectors must keep faith in him, like they have done by selecting him for the forthcoming ODI series against New Zealand. Fakhar Zaman, Imam-ul-Haq, Babar Azam, and Haris Sohail are all talented players and should be in the team but we also need some experience in batting line. None of them has played a World Cup match.

If Hafeez and Shoaib Malik are excluded, the next most experienced batsman we have is Babar. He has shown great promise. He has struck eight centuries but he is still a newcomer in international cricket.

Hafeez and Shoaib might play the role that Arjuna Ranatunga and Aravinda de Silva played for Sri Lanka in 1996 and before that Imran Khan and Javed Miandad did in 1992 for Pakistan.

There is always a certain bias towards senior players in Pakistan. There are calls for dropping them if they do not perform well in some matches.

And Hafeez and Malik are completely fit for international cricket. In the past we did have players whose fitness levels were quite low when they were in their thirties. But that is not the case with these two players. They are among the best fielders we currently have.

The importance of experience