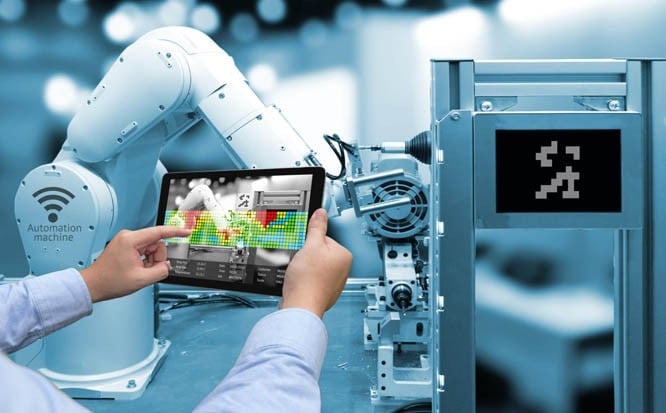 From the mastery of fire and crafting of early stone-age tools, to the modern day green technologies, the survival of humans as a species depends upon their ability to innovate and develop new technologies. Throughout history, the strength of nations has been drawn from their knowledge base and their ability to bring it to bear for technological and economic development. Be it 18th century Britain or modern day China, unleashing the potential of their people for enterprise and innovation has been a key factor in their economic and technological transformation.

The characteristic feature of the first Industrial Revolution, which started in Britain, was the emergence of modern manufacturing industries and the resultant expansion in the range and volume of products being produced. This change in the structure of the economy (from agriculture to manufacturing) can be seen as the fundamental factor behind the rise of modern cities and emergence of a middle class in various European countries and later in the United States.

Modern industries functioned within an institutional environment in which a continuous increase of output and technology-based increases in productivity became an imperative of survival. Thus, mobilisation of knowledge for technological innovation underlay the economic dynamism of the modern age. Innovations in the manufacturing sector also led to the emergence of modern agriculture techniques as well as a large number of modern services.

The growth of industry and associated increase in national income began to be considered vital to the strength of a country. Accordingly, the US, starting in the late 18th century, actively followed a policy of industrialisation by emulating the industrial success of Britain. Ironically, country which is usually taken as an example of economic development based on free markets and free trade, in fact, heavily protected its early manufacturing industries through tariffs and other measures.

Alexander Hamilton, the first Treasury Secretary of the US, in his Reports of the Secretary of Treasury on the Subject of Manufactures (1791), presented the idea of infant industry protection for the first time. Hamilton argued that the modern manufacturing industries cannot thrive in the US unless they are temporarily protected from foreign competition. Tariffs were raised and various restrictions on imports were placed, starting in the early 19th century. The US only began to liberalise its trade after the Second World War, when it became an industrial powerhouse and had established its technological superiority.

The case of the East and South-East Asian countries (e.g. Japan, South Korea, Taiwan, Singapore, and Malaysia) as well as China, which rapidly transformed their economies, is not much different. While the specific policies varied across countries, the primary focus of economic strategy was to transform the economic structure and develop indigenous technological capabilities in the modern manufacturing industries. Economic policies were guided by a clear long term vision of industrial and technological catch-up with the developed world.

Economists and development thinkers throughout history, from the Italian writers of the Renaissance period, Giocanni Botero and Antonio Serra, through the likes of Alexander Hamilton and Fredrich List, to economists such as Albert Hirschman, Arthur Lewis, Raul Prebish and Hans Singer, have emphasised two key aspects of economic development: (i) Economic development cannot occur without transforming the production and technological structure of the economy, and (ii) The state has to play an active role in this transformation.

The Marshall Plan at the end of the Second World War aimed at European reconstruction was also rooted in such a view of economic development. Hence the strong emphasis on (re)industrialisation and development of manufacturing capabilities in war torn Europe. A similar approach of state-supported industrialisation was followed by Japan and later Korea and China.

This view of economic development was largely set aside with the mainstreaming of Neoclassical Economics in the Thatcher-Reagan era and its political offshoot, Neo-liberalism. Since the 1980s, the dominant thinking has been that free trade within free markets is the path to follow for economic development. The historical facts were ignored in favour of elegant theories and mathematical models which demonstrated that trade liberalisation and non-interference of government in the market mechanism is the best solution to the problem of underdevelopment.

It would not be wrong to state that the sphere of production has been discarded from the mainstream economic thinking since the rise of Neoclassical Economics, whose sole focus has been on exchange and consumption. The fact that different production structures lead to different development outcomes, has been ignored by the economics orthodoxy.

The fundamental macroeconomic problem faced by Pakistan, as well as by the majority of underdeveloped countries, is the inability to sustain economic growth in the long run. Periods of high growth almost always result in extremely high trade deficits, leading to a Balance of Payments crisis (as at present). This is because a large number of goods and services required for economic development are not produced in the underdeveloped countries and have to be imported, for which these countries do not have the requisite foreign exchange earning capability.

The issue identified above is essentially a problem of lack of productive capabilities in the underdeveloped countries, i.e. lack of technological and institutional capabilities to produce a complex and diverse set of products. Research has shown that the foreign exchange earning capability critically depends upon the production structure of an economy and the types of goods and services being exported. Not all goods and services provide equal opportunities for productivity increase and innovation.

An export structure dominated by textile goods, no matter how efficient it is, can only generate foreign exchange to a certain extent, since there is limited scope for innovation and productivity increase, as well as limited demand in the global market. Earning foreign exchange beyond this requires a change in the export structure towards more knowledge intensive and technologically advanced products, where there is greater scope for product and process innovations as well as productivity increase.

It could be argued that this problem is not only a result of poor economic management by the government, but also an outcome of bad economics. While dealing with issues such as persistent Balance of Payments crises, economists mostly adhere to short-term solutions which involve narrowing the gap between foreign exchange expenditures and earnings through exchange rate depreciation, capital inflows, foreign debt and foreign direct investment. Since the sphere of production is largely ignored in mainstream economics, there is no consideration of the long-term solution of changing the production structure of the economy and acquiring technological capabilities.

Economic transformation requires a change in the paradigm of economics and the way it is taught, especially in Pakistan. There is a need to produce economists who can think critically about the mainstream economic theory and are also well-versed in the history of economic development. Instead of indoctrinating students within the narrow framework of Neoclassical Economics, a more inter-disciplinary approach towards economic development is required which is rooted in history and empirical evidence.

The Information Technology University Lahore is amongst the few universities in the world, which are trying to change economics and the way it is taught. In its unique degree programmes (MS Development Studies: Development, Technology and Policy; and B.Sc. Economics with Data Science), students are exposed to new research on the role of technological advancement in economic transformation as well as to the role of the state in formulating effective technology policies. At the same time students are trained in the use of big data techniques using machine learning to enable them to use large datasets for evidence based policy design.

Thus, two parallel trends in economics that have emerged in the leading universities of the world over the last decade are being brought together at the ITU’s School of Humanities and Social Sciences: an interdisciplinary approach and the use of computer-based big data techniques in economic policy formulation.

Overcoming underdevelopment requires bringing the standards of Economics teaching and research in Pakistani universities at par with the best universities of the world. This is important for the future of our country, because a poorly-trained economist can potentially do more harm than an untrained doctor.