The rule of law as a tool

Rule of law being operationalised through the institutions of dispute resolution and justice institutions is another 'layer' to power relations prevalent at the local, provincial and national level 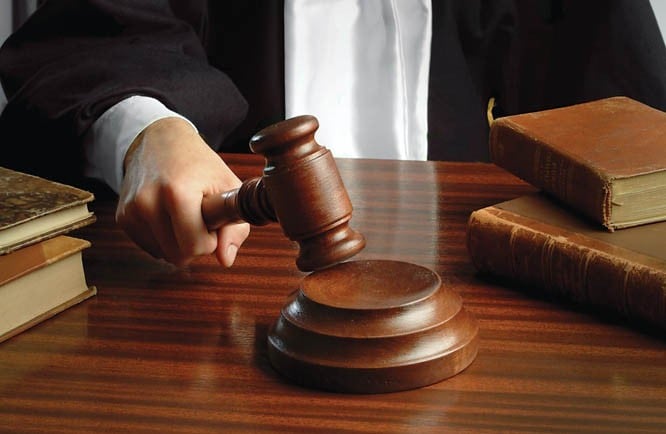 As someone who has been interested in the study of justice and rule of law issues since 2002, it was interesting to read Babar Sattar’s line in his 13th October article on the National Accountability Bureau (NAB) that states "NAB continues to use law as a tool to create political consequences". As the book titled Initiating Devolution For Service Delivery in Pakistan (the writer is one of the co-authors of the book) states that famous anthropologist Bernard Cohn’s iconic work in 1987 and Matthew Nelson’s relatively more recent work shows that litigation is not geared towards resolution of disputes in this part of the world, rather it is used as an avenue to settle local political rivalries in an attempt to "reconcile" institutions of formal law and individual property rights with local customs and kinship networks.

According to Cohn, the North Indian society’s litigation is in search of a "compromised" settlement and not looking for a win or loss, where dictates of contract-driven British procedural law are geared towards reaching a "decision". According to him, the British law is premised on a "specific" dispute in hand; whereas the pattern of litigation in the North Indian society is not focused on one "specific" case; rather such cases are "usually part of a string of disputes.

As per Nelson’s research, many litigants approach the courts not to settle disputes but to prolong the litigation with "delay" as an "integral part of their legal strategy" that helps them to avoid the dictates of the formal law and reconcile it with the call of customs and local politics.

If you read the above carefully, you would be able to even better understand Sattar’s recent words whereby an accountability institution is thought of using the rule of law as a "tool". All social relationships are embedded in power relations. Rule of law or threat of use of rule of law is another layer of power that regulates the lives of people like us in postcolonial states, including Pakistan. In other words, rule of law is often not the end in itself, it is used as a means to achieve certain objectives. It is easier to comprehend Sattar’s commentary of the rule of law being used as a "tool" by NAB, if we understand this context.

This phenomenon is again rooted in our colonial history as the development of formalisation, codification and law have deep roots in that period. Niels Brimnes (2003) work on colonial legal history is interesting in this regard. Drawing on accounts of collector of Ramnad in 1795 and evidence from Baramahal on the widespread use of arbitration before the British legal system was operationalised in those part of India; Brimnes is of the view that the local dispute resolution in the earlier colonial history of South India worked on the premise of "layered sovereignty" in the sense of it being "shared" and "multi-layered".

As per this interpretation of the legal system, the local headmen and chiefs were "contractors in powers" rather than just being the bureaucratic employees of the ruler and they added another layer to the legal powers of the ruler. In other words, the ruler shared his "legal authority" with his bureaucratic employees. Henceforth, the indigenous dispute resolution mechanism before the British was a "spectrum" spread over and dispersed rather than concentrated in a centralised manner. This wide "spectrum" included informal dispute resolution mechanisms such as the panchayats, self-appointed arbiters, private councils, and of course the ruler-sponsored formal institutions.

According to Brimnes (2003), when the British set up the colonial formal justice system institutions such as the Mayor’s court in Madras, they did not do away with the prevalent indigenous system of dispute management. Rather, they just "added a new dimension to an existing multi-layered landscape" of justice institutions. The colonial dispute resolution mechanisms and systems of law prevalent at the indigenous level in India were not "mutually exclusive" rather they often complemented each other despite the fact they were often competing with each other as well.

Interestingly, this is the conclusion that still holds true in contemporary Pakistan. Initiating Devolution For Service Delivery in Pakistan independently reached the same finding while doing the fieldwork in rural Pakistan in 2002 and without being aware of Brimnes’s work on colonial legal history at the time of writing it up in 2002. According to the book, panchayat and jirga being embodiments of informal justice institutions and customary practices have an impact on the formal dispute resolution mechanisms of the courts and police and it is also true the other way round, with the proceedings in the formal legal arena affecting the outcome of deliberations in the informal dispute resolution mechanisms at the village level.

In other words, rule of law being operationalised through the institutions of dispute resolution and justice institutions is another "layer" to power relations prevalent at the local, provincial and national level in Pakistan like other post-colonial states. It is used to achieve objectives of litigants. It is also used as a strategy of those who hold national institutional influence to confer power to some interest groups and take power away from other interest groups; however, the rule of law may not be the end in itself. Therefore, we need to be more cognisant of the rule of law being used as a "tool".

The rule of law as a tool