The first coup in Pakistan-II 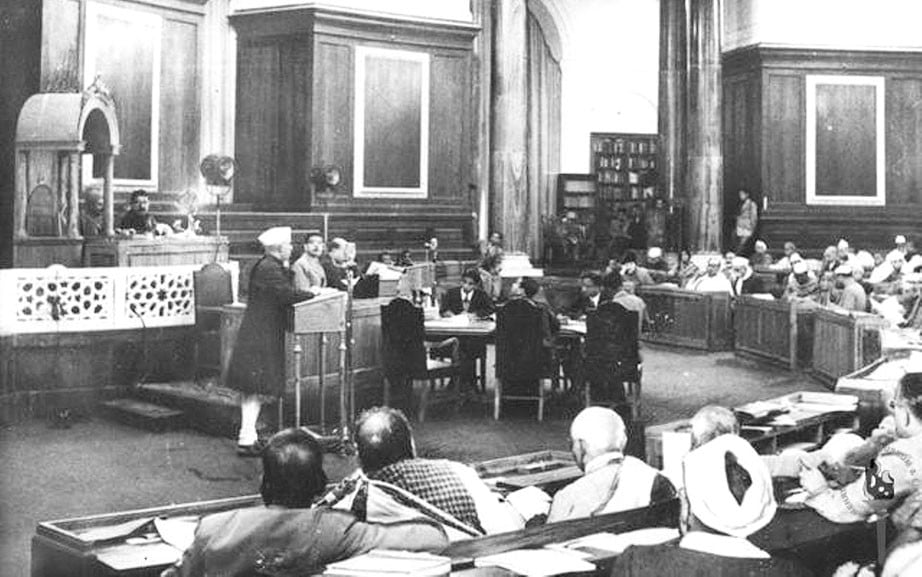 In the first part of this essay, we discussed the events up until 1956 that paved the way for the formation of the One Unit and the promulgation of the first constitution of Pakistan. In this concluding part, we discuss the life of the constitution from early 1956 to October 1958 when the first countrywide martial law was imposed and the National Assembly was dissolved. We may recall that the second Constituent Assembly was formed when indirect elections were held in June 1955. The members were elected by the provincial assemblies and from Karachi and Balochistan.

In the new assembly, Prime Minister MA Bogra formed his government with support from Suhrawardy’s Awami League. But soon, HS Suhrawardy himself wanted to be the prime minister so the AL withdrew its support. Now the Muslim League formed its coalition government led by Chaudhary Muhammad Ali, with support from the United Front, in August 1955. It was CM Ali who managed to achieve two important feats in the next six months: the formation of the One Unit and the approval of a new constitution. How did he manage all this so quickly?

Again we have to turn our attention to the gang of four comprising Ayub Khan, CM Ali, Ghulam Muhammad, and Iskandar Mirza. The first to go was Ghulam Muhammad who was eased out in August 1955 by the other three, and Iskandar Mirza was appointed the acting GG. How could Iskandar Mirza become the head of state? Who elected him? We know that constitutionally the assemblies should have elected the head of state; or at least the cabinet or the PM should have been involved in the process.

CM Ali was an interesting personality. He was the most powerful bureaucrat in the early years of Pakistan -- serving as federal general secretary from 1947 to 1955 and finance minister from 1951 to 1955. Prior to becoming the PM of Pakistan, for eight years he had coordinated with all other secretaries, played an instrumental role in budget-making, and boasted about creating the entire mechanism of bureaucracy, establishing a well-oiled machinery of state that functioned mostly independent of the government. He also took pride in making most of the policies that the incumbent governments followed.

With this background, Iskandar Mirza was elected unopposed the first president of Pakistan on March 41956 and took oath on March 23, to be celebrated as the Republic Day, that later on Ayub Khan converted into Pakistan Day. Why was Mirza elected unopposed? Because that was the major condition Mirza put forward for endorsing the new constitution. The second constituent assembly had no other choice, if it had to avoid the fate of the first assembly that had been dissolved 18 months ago in October 1954 by the then head of state, Ghulam Muhammad.

With the new constitution, East Bengal became East Pakistan, the federal court was renamed the Supreme Court, and the Constituent Assembly assumed the title of National Assembly. A ray of hope emerged that now finally the first general elections based on adult franchise would be held. Who were the major players now? In addition to President Mirza and PM Ali, HS Suhrawardy was leader of the opposition, and Dr Khan Sahib was the chief minister of West Pakistan. But the most powerful was Mirza who wanted to wield complete power and right from the beginning had shown an extreme dislike for political leaders and parties.

Mirza kept no reservations in openly criticising politicians and called them greedy and power-hungry. But he himself felt no scruples in manipulating politicians to achieve his own goals. For example, he appointed Dr Khan Sahib as the first chief minister of West Pakistan in October 1955. Most of the members in the newly-created West Pakistan assembly were from Muslim League, so why did Mirza select Dr Khan Sahib to become the CM? For two reasons: one, he wanted to weaken the opposition to One Unit led by Abdul Ghaffar Khan (Bacha Khan), a brother of Dr Khan Sahib.

And secondly, Mirza wanted to render the Muslim League as an ineffective party, unable to challenge Mirza, at any stage. Dr Khan Sahib was initially a close associate of Bacha Khan and a leader of Frontier National Congress, an affiliate of the Indian National Congress. He had been dismissed as chief minister of the NWFP right after independence, by Jinnah himself. He was declared a traitor and put behind bars with his brother. But after his release he was enticed by the Bogra government to join as a minister in 1954, resulting in strained relations between the two brothers.

So coming back to 1956, Mirza had facilitated the creation a new party called the Republican Party, just to support Dr Khan Sahib. Despite his best efforts, the president of Muslim League, Abdur Rub Nishtar, could not stop the flight of his party members to join the new party. From October 1955 to April 1956, Dr Khan Sahib was caretaker or interim chief minister of West Pakistan without a party and now he had one to support him, mainly thanks to President Iskandar Mirza.

In East Pakistan, the situation was different. We may recall that in May 1954 the elected government of Maulvi Fazlul Haq from the United Front (UF) was dismissed and governor’s rule was imposed that lasted till June 1955, when the provincial assembly was restored to vote for the new constituent assembly.

In the meantime the UF also split when Suhrawardy remained the federal minister of law even after the dismissal of the UF government. In June 1955, when the provincial assembly was restored, instead of Fazlul Haq, from the same Krishak Siramik Party (KSP) Abu Hussain Sarkar was made the CM, and Fazlul Haq was accommodated in the federal cabinet. In 1956, Fazlul Haq was made governor of East Pakistan because his party was in coalition with the ML. The Awami League of Bhashani and Suhrawardy was in the opposition both in the centre and in East Pakistan.

In August 1956, in East Pakistan the coalition government of KSP and Congress fell apart and the AL formed a new government with Congress; and Ataur Rahman of the AL became the new CM. In the National Assembly, after the League split and the emergence of Republican Party (RP), CM Ali was leading a three-party coalition comprising ML, KSP, and RP; while the AL of Suhrawardy was in the opposition. When the AL formed its government in East Pakistan, it also wanted to try its hand in the centre. After some wrangling the RP withdrew support from the ML and supported Awami League to form a new central government with Suhrawardy as the new PM in September 1956.

Feroz Khan Noon of the RP was given the foreign ministry. After almost a decade in the corridors of powers, and after enjoying the most prestigious positions, the second member of the gang of four was finally ousted. Now Suhrawardy was PM and Mirza didn’t stop conspiring against him. The parliament was constantly facing coalition governments. Suhrawardy’s 13 months in power were marred by his growing tilt towards the Western powers and a pro-American policy which alienated him from his old comrades such as Bhashani and other AL members who were left-leaning.

In the Arab-Israel war and the Anglo-French attack on Egypt, Mirza, Noon, and Suhrawardy, all followed an overall anti-Arab line. This had a long-lasting impact on Pak-Arab relations and further threw Pakistan towards America. Suhrawardy also established good relations with China, first visiting Peking (now Beijing) and then hosting the Chinese PM for ten days. In 1957, the West Pakistan once again faced political uncertainty as the Dr Khan’s coalition government of the RP lost the support from its partner, the GM Syed group. The government was suspended and governor’s rule was imposed in March that was extended to September 1957.

In the meantime, G M Syed, Ghaffar Khan, Bhashani, Iftikharuddin, and many other leftist groups formed the National Awami Party (NAP) that soon emerged as a more liberal, secular, and progressive alternative than any other party that was functioning in Pakistan. Interestingly, NAP and Republican Party reached an agreement to dissolve the One Unit. From the RP, Sardar Abdur Rasheed and Feroz Khan and from NAP, Bacha Khan, Iftikharuddin and GM Syed signed the agreement. But the central government didn’t move and the One Unit continued. NAP attracted many members of the AL who had turned against Suhrawardy.

Mirza forced Suhrawardy to resign and I I Chundrigar became the new PM just for two months followed by MFK Noon. Noon lasted from Dec 1957 to October 1958, when Mirza finally dissolved the assembly and declared martial law on Oct 7. On Oct 24, he nominated Ayub Khan as the new PM but it didn’t satisfy Ayub who toppled the third member of the gang of four, Mirza, on Oct 27, 1958. And thus ended an 11-year struggle for democracy and constitutional rule. Both Ayub and Mirza held a dismal view of political leaders and wanted to introduce a controlled democracy.

What they wanted to do, they accomplished; and the controlled model became the fate of this country. In retrospect, one can say with some certainty that if the planned general elections had been allowed under the 1956 constitution, NAP would probably have emerged as the largest party as the people of Pakistan had become disillusioned with the existing parties such as AL, ML, KSP, and RP. The last member of the gang of four, Ayub Khan, lasted the longest, but that is another story.

The first coup in Pakistan-II