These days we seem to be moving in the extremes. The debate about authenticity in the arts revolves round whether the person who has written the script or acted a role has had a first-hand experience of it in real life.

We know that many actors who played villainous roles very successfully are shunned by the people or the viewing public for it is assumed that the person would display the same characteristics in real life as well. One has known of examples when the children of such actors were treated very badly by their school fellows, bullied and harassed on the assumption that their father or mother would be depraved, just like their roles.

On the other side, authors who have written or actors who have played the roles of pious people have been venerated beyond the point of appreciation. They are treated with the same respect as the role of the person they have played. People in the street mob them, pay their respects and offerings as they would to the original religious figures. They are even invited over as guests on occasions where they are supposed to express their views as experts on the subject itself. They are mistakenly taken for the religious sage, or philosophers or triumphant hero when actually what they are doing is only playing a character.

Cate Blanchett who has played, besides many other roles, those of lesbians many a time and with great authenticity, is seen to be a lesbian on the assumption that she plays herself when she is playing the role. How could she play the role if she is not a lesbian, many have been overheard saying, so convinced by her performance that she had to come forth and talk about the pitfalls in such simple assumptions. Recently at the Rome Film Festival she pinpointed the critical place of willing suspension of disbelief that lies at the very heart of artistic creation.

These days, probably as always, the line that divides the arts from daily existence is being erased with a vengeance. The declaration of a statement about politics, morality, ideology or religion is seen to be the true purpose of art -- that what is being said is truly representative of the man and the person, nothing more and nothing less.

One other assumption being stressed or overstressed these days is that whatever is written about or shown on the screen is a slice from real life. There has been a surfeit of role and characters that have been drawn from real life personages; the biopic is now a very fashionable and popular genre with a certain benchmark that people laud a performance for being as close to reality as possible. One comes out of a film and has heard mutterings like: it does happen in real life, you know.

Many writers or directors or creators have benefited hugely by this presence of the perforated sheet that both hides and reveals what is real and what is acted. And many actually advertise their product as being drawn from real life or the recreation of an event or a happening that actually took place and promote their thing as such, for it is assumed by them that the real has more power than the imagined.

All these things can be judged by the critics on the bar of what is good and what is bad in art without laying down the preconditions of what can be done or what is forbidden to be done or what should not be done at all. What is authentic can be assessed in relation to the situation and the credibility that the character carries within the work of art, and resolving it rather than to prejudge by what the gender of the author is or what the orientation of the actor is. To empathise and get under the skin of others and hence experience in relative greater totality needs to be rehabilitated by the willing suspension of disbelief as it gives us freedom to be what we are not. 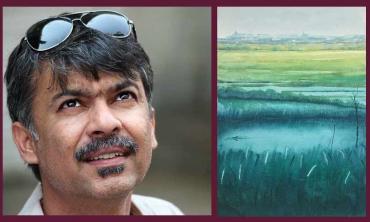