Amid widespread and unruly protests, the saner sections of society hail the Supreme Court decision declaring Asia Bibi a free woman, calling for the state to come down hard on extremist elements 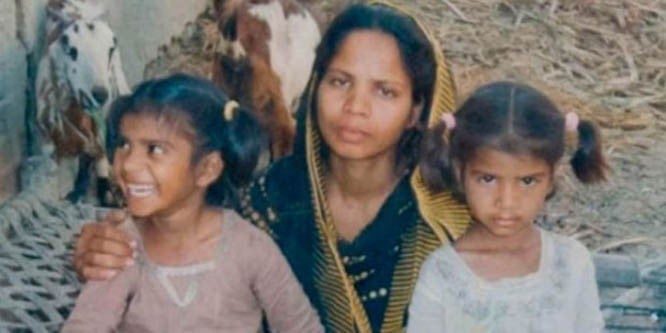 After a nine-year-and-four-month long solitary confinement, the Supreme Court (SC) of Pakistan has finally acquitted Asia Bibi, a Christian woman who was condemned to death on charges of blasphemy. Chief Justice of Pakistan (CJP) Mian Saqib Nisar, heading the three-member bench comprising Justice Asif Saeed Khosa and Justice Mazhar Alam Khan Miankhel, announced the verdict on her appeal for acquittal on Wednesday. The court ordered her release forthwith, allowing for benefit of the doubt and admitting "inconsistencies" and "discrepancies" in the statements of witnesses in her case.

It all began on June 14, 2009, when Asia Bibi was picking falsa in the fields of village Ittanwali in district Nankana Sahib. Her Muslim co-workers refused to drink a glass of water offered by Asia, apparently due to her Christian faith. She is said to have retorted to this insult, following which started a war of words. The quarrel ended up in the Muslim women accusing her of committing blasphemy of the Holy Prophet (pbuh). Five days later, an FIR was lodged against her by the village elders and a mullah of the local mosque. According to the court record, Asia Bibi was later forced to confess her crime in front of a huge gathering in the village.

A trial court of district Nankana Sahib sentenced Asia Bibi to death in November 2010. A two-member bench of Lahore High Court confirmed her death penalty in October 2014 against which she moved an appeal in the Supreme Court. The apex court heard her appeal on October 8, 2018 and reserved the judgment which was then announced on October 31, setting her sentence aside.

Asia Bibi’s case became high profile in November 2010 when the then Punjab governor, Salmaan Taseer, visited Asia in jail along with his wife and daughter after her conviction where she told him she was implicated in a false case. Taseer then announced to take her pardon appeal to the then president of Pakistan, Asif Ali Zardari. Taseer was shot dead in broad daylight by his official bodyguard in Islamabad only two months after this visit on unfounded blasphemy allegations. His killer Mumtaz Qadri, a police commando, confessed to killing Taseer for "supporting Asia Bibi and for criticising the blasphemy laws".

Two months after Taseer’s assassination, some unknown attackers also killed the then minister for minorities and religious affairs Shahbaz Bhatti for criticising the blasphemy laws. In October 2011, 10 months after Taseer’s assassination, an Anti-Terrorist Court (ATC) awarded death sentence to Mumtaz Qadri. His death sentence was upheld by the Islamabad High Court and subsequently by the Supreme Court in 2015. Then president Zardari rejected Qadri’s mercy petition and he was ultimately hanged to death at Adiala jail Rawalpindi on February 29, 2016.

The story did not end with the execution of Qadri. The situation led to the creation of a Sunni barelvi hardline group which finally took the shape of Tehreek-i-Labbaik Pakistan (TLP), a party that took part in the 2018 general elections, showing an impressive performance across Pakistan. Contesting under the symbol of crane, the party is said to have the support of powerful sections of the country’s establishment, brought into the electoral arena to affect the vote bank of the then ruling party Pakistan Muslim League-Nawaz (PML-N).

Till now, the Pakistani Supreme Court has not executed even a single convict since the invocation of blasphemy law in the mid-1980s. Despite that, getting justice in blasphemy related cases is becoming difficult in Pakistan due to fear and threats by extremist groups.

A fifty-six page judgment of the Supreme Court, ordering the release of Asia Bibi reads: "There were many discrepancies/inconsistencies in the statements of the prosecution witnesses" and "All these contradictions are sufficient to cast a shadow of doubt on the prosecution’s version of facts, which itself entitles the appellant to the right of benefit of the doubt. It is a well-settled principle of law that for the accused to be afforded this right of the benefit of the doubt, it is not necessary that there should be many circumstances creating uncertainty."

"This appeal is allowed. The judgments of the High Court, as well as the Trial Court, are reversed. Consequently, the conviction as also the sentence of death awarded to the appellant is set aside and she is acquitted of the charge. She be released from jail forthwith, if not required in any other criminal case", the judgment concluded.

Justice Asif Saeed Khosa, in his separate note in the judgment, further wrote: "the glaring and stark contradictions in the evidence produced by the prosecution in respect of every factual aspect of this case… lead to an irresistible and unfortunate impression that all those concerned in the case with providing evidence and conducting investigation had taken upon themselves not to speak the truth or at least not to divulge the whole truth."

Touching on the actual  reason behind the case -- religious intolerance among women workers -- he wrote: "There are indications available on the record that something had transpired between the appellant, a Christian by faith, and her Muslim co-workers in the field of falsa on a fateful day and it was in the background of that something that the present allegation regarding commission of blasphemy had belatedly been levelled against the appellant after deliberations spanning over five long days. It is unfortunate that all the four private witnesses had remained completely silent about that something."

"Blasphemy is a serious offence but the insult of the appellant’s religion and religious sensibilities by the complainant party and then mixing truth with falsehood in the name of the Holy Prophet Muhammad (Peace Be Upon Him) was also not short of being blasphemous," he concluded. Justice Khosa had earlier headed the bench in 2015 which upheld the death sentence of Mumtaz Qadri.

The TLP activists have, expectedly, launched protests across the country against judgment. They are demanding stern action against the judges who ordered her release; provoking public sentiments in the name of religion. Asia’s case is what the TLP politics has largely been about in the last couple of years. However, one section of the society is lauding the apex court for this commendable job even if it means delayed justice for Asia.

"Salute to the honourable judges who, refusing to be cowed down, have lit a candle in darkness and raised hopes in hopelessness. Also spare a thought for Salmaan Taseer who raised his voice for her and paid with his life for it," says Farhatullah Babar, leader Pakistan People’s Party while talking to TNS. Another PPP leader Senator Sherry Rehman termed the verdict as ‘landmark’ and also asked the state to protect all those who stand for the rule of law and justice. Earlier, PPP Chairman Bilawal Bhutto Zardari was the first one to step up in support of the Supreme Court, urging all the national institutions to stand with the top court.

Blasphemy is considered the most sensitive issue in Pakistan that leads to incitement, violence and mob justice at the hands of extremists often on false accusations. The law is used as a tool to settle personal scores, involving property or other forms of revenge. According to the Centre for Social Justice, a Lahore based research group, as many as 75 people have been killed for blasphemy since 1990, many even extra judicially even before their trial could be conducted in accordance with the law.

With the passage of time, allegation of blasphemy has become a major weapon of faith-based exploitation and victimisation.

Till now, the Pakistani Supreme Court has not executed even a single convict since the invocation of blasphemy law in the mid-1980s. Despite that, getting justice in blasphemy related cases is becoming difficult in Pakistan due to fear and threats by extremist groups. The freedom of the accused and even the acquitted remains compromised, within or outside the country because of fears of attacks and death threats.

Open incitement to violence and threats to kill the judges of the country’s top court are the latest example of this religious fanaticism. This urged Prime Minister Imran Khan to speak up and issue a serious warning to such elements to follow the law and the constitution of the country or face the wrath of the state.

Asia Bibi has been declared a free woman but whether she would be able to live a free life in Pakistan in the present circumstances remains a big question.

"The emergence of TLP has introduced a more dangerous trend than in the past because of its political presence and social media activism," says human rights activist and politician Afrasiab Khattak. "Fanatics are freer than the past because of this so-called mainstreaming which has given them wider exposure and helped in their horizontal expansion during the election campaign."

Secondly, he says, "policies of patronage of religious extremism do not seem to be coming to an end, sadly. It is very obvious that the state has not been able to muster the will for implementing National Action Plan (NAP), which proved merely an eyewash.

"The current situation must be taken as a jolt if all pillars of the state do not plan to commit collective suicide. What more [evidence] do we need after open calls to kill judges and mutiny within the army against its chief." 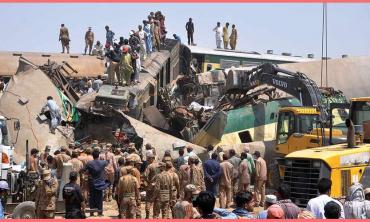 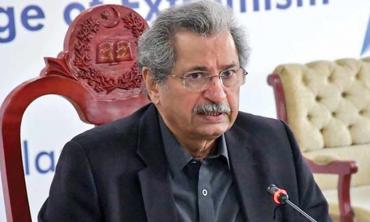 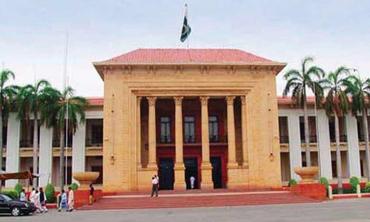