Son of the soil 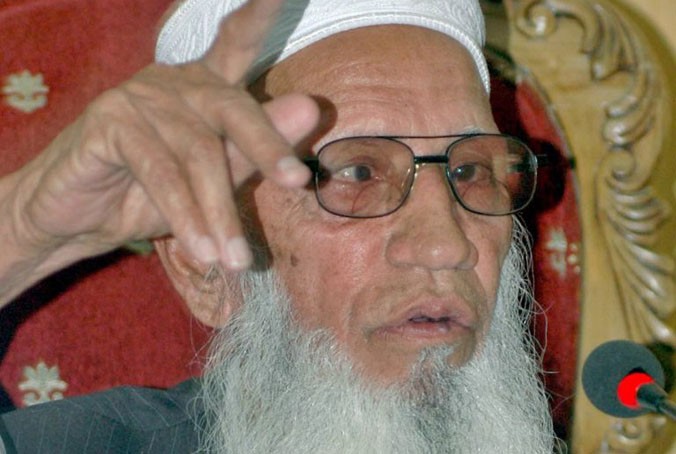 Whoever wants to write a people’s history of Khyber Pakhtunkhwa cannot miss Baba Haider Zaman, not because of his political struggle but for raising the issue of non-Pakhtuns living under pressure in KPK.

Baba was a leader of the Hazara Province Movement but he admitted in his interview with Suhail Warraich (Aik Din Geo kay Sath) that if the ANP and PPP leadership had accepted the name Hazara Pakhtunkhwa for the province, he would not have raised the demand of a separate province. Interestingly, it was Mian Nawaz Sharif who initiated the suggestion but at that time, media and progressive-cum liberal political parties and intelligentsia failed to understand its implications.

Baba Haider Zaman was born in village Dewan Manal, Havelian (then district Hazara, Peshawar Division) in 1934. It was a time when the inhabitants of former NWFP were struggling to get a provincial status for the province. NWFP was carved from the Punjab in 1901 by amalgamating numerous Punjabi dominated areas like Hazara and Pakhtun-dominated areas like Peshawar but had declared it Chief Commissioner Province. From 1901 until the mid-1930s it had no local bodies, no provincial assemblies and was run by the Secretary of State sitting in London rather than the viceroy. As per the 1931 census record in NWFP, 43 per cent people were Pushto-speaking and 43 per cent were Punjabi-speaking including Hindko, Pahari, Lahnda (now Seraiki) and Gojri dialects.

Baba Haider Zaman had started his political career during the regime of first military dictator Gen. Ayub Khan who himself was Hindko-speaking from district Hazara. Thanks to the personal tussle for power between two old political friends -- Khan Abdul Ghaffar Khan and Khan Abdul Qayyum Khan -- since early 1940s, NWFP remained sharply divided. That tussle badly affected the relations between the two communities (Hazara Punjabis and Pakhtuns) who were neighbours since centuries. As Baba Zaman was not in the Ayub camp he could not win elections. As per the narrative of Sardar Sher Bahadur (ex-Nazim Abbottabad), in 1981 Baba was president Abbottabad chapter of Movement for Restoration of Democracy (MRD) against the third military dictator Gen. Ziaul Haq and was arrested during that movement.

Later on, he was elected Mayor of Abbottabad in the same period. He did not boycott the 1985 election unlike other MRD leadership and was elected member of provincial assembly. "I told PM Muhammad Khan Junejo not to give development funds to elected members because it will corrupt politics," Baba later revealed in his interview. But Baba could not comprehend that spreading spectre of corruption in politics was indeed the agenda of Gen. Zia and his facilitators, and that they were following that policy intentionally. Like Gen. Ayub, Ziaul Haq was creating his own lobby just to fix the PPP, the only federal pro-people popular party at that time.

In his old age, Baba admitted that elections are managed "with money and intervention by the sacred institutions in Pakistan".

During Zia’s period, a demographic shift had transpired in Pakistan that especially affected Quetta, Karachi and NWFP due to the onslaught of Afghan refugees. In the post-Zia era, many players were ready to use it internally in electoral politics by making fake ID cards. It included those who had opposed their entry in Pakistan and often called them Afghan bhagoras rather than refugees.

In 1989, Baba became a minister in the provincial ANP-PPP coalition government but did not address the challenge linked with this demographic shift. By 1990, Baba had realised there is less room for ideological politics in Pakistan when he witnessed the alliance of progressive nationalist ANP with right-leaning fundamentalist IJI against the PPP. He participated in elections throughout the 1990s but could not win. Finally, during the fourth military rule of Gen. Pervez Musharraf, he was again elected Nazim of Abbottabad in 2005. At this time, he was more close to PML-Q.

His politics took a new turn on the eve of 18th amendment when the debate on a new name for NWFP began. He admitted that the move provoked him to launch the Hazara Province Movement. ANP leadership was adamant and not ready to give space to non-Pakhtuns living in the same land since centuries. Nawaz tried the middle way by suggesting a reasonably better name Hazara Pakhtunkhwa but PPP did not realise that, ignoring Hazara grievances will not resolve the historic conflict but perpetuate it.

18th amendment gave new strength to Pakistan by giving provinces financial power for the first time in Pakistan’s history, a solution that our State had failed to coin under its One Unit mentality in the pre-1971 Pakistan. Had Gen. Ayub not imposed a dictatorship, politicians would have found ways to live with the East Pakistani Bengali population.

Baba Haider Zaman got some prominence due to the Hazara Province Movement but due to lack of homework, he failed to build a rational case. With smart moves, ANP had already divided Punjabi language by declaring various Punjabi dialects as separate languages through a bill during 2008-11. It is a fact that the total numerical strength of these dialects was 25 per cent even in the 1998 census but after that it reduced drastically; one should keep in mind that after merger of FATA, the non-Pakhtun percentage will further decrease.

Baba Haider Zaman died on October 24, 2018 but the issue he raised will never die. Hazara people have a long history from Gandhara to Hindu Shahi periods; even today, you can find remains of that tradition in Pakhli, Swat, Takht-i-Bahi etc. They still have reasonably heavy presence in the old Peshawar division.  Like any other community they are sons of soil, so it is the duty of KP politicians and intellectuals to resolve this riddle. But for this, they have to put aside pride and prejudices.

Son of the soil