End of the free ride

Looking at the gas price-hike in isolation would be to miss the point. There is need to work towards sustainable forms of service delivery to bring down the loss of Rs156 billion a year down to Rs58 billion 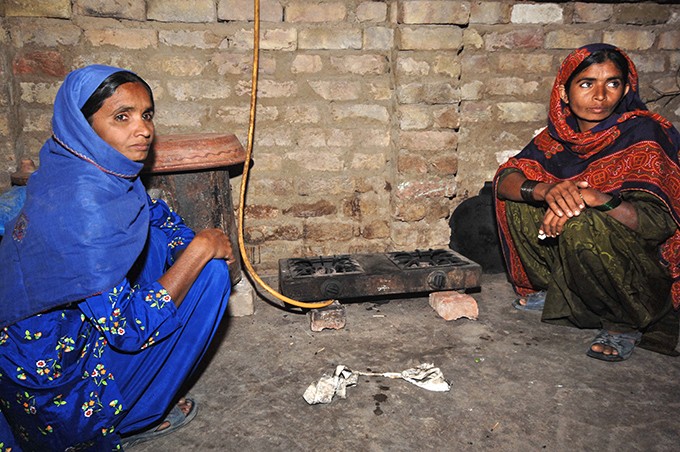 Winter is coming. And as the temperature dips and the long summer finally abates, the common Pakistani has been skewered by the government, with a 143 per cent increase in gas prices, whose use traditionally goes up during the colder months. But wait, aren’t there rampant gas shortages in the winter? Yes indeed. Only difference now is that whatever little that will be available, will be significantly more expensive.

Some say that the International Monetary Fund (IMF) whose team was visiting Pakistan when the price-hike notification came about, is to blame for the increase. However, the Minister for Petroleum Ghulam Sarwar Khan says that the massive increase is due to a five-year freeze imposed by the previous PML-N government.

Initially, the Oil and Gas Regulatory Authority’s (OGRA) recommendation for a near tripling of gas prices across all consumer categories was turned down by the Economic Coordination Committee (ECC). However, a few days later, the new tariffs were revealed, and spread out across seven consumer slabs instead of the original three.

And as the IMF team boarded their flight out of Pakistan, they whispered that perhaps a further increase was also necessary.

"The IMF is only interested in decreasing the losses being incurred by our gas companies -- losses that seep into our budget deficit," says Dr Asad Sayeed, Associate Fellow at the Institute of Development and Economic Alternatives in Karachi. The bureaucrats are also saying the same, "increase the price of gas and our losses will reduce".

According to a news report, the two state-owned gas companies, Sui Northern and Sui Southern, report a combined loss of Rs. 156 billion a year. The increase in tariffs will bring this figure down to Rs.58 billion.

"The IMF is forcing the government to balance the fiscal books," says Dr Ali Cheema, Associate Professor of Economics and Head of the Economics Department at the Lahore University of Management Sciences (LUMS). "The issue with the IMF comes at a time when there is a crisis which is going to hit the people in multiple ways, be it devaluation, rising prices or a recessing of the economy, which means that job creation will go down."

IMF aside, there are other problems associated with the issue of gas, and other utilities, and their pricing. "The problem is that when you price these goods at cost, people who are part of the low income bracket are being price-rationed out of the market," says Dr Cheema.

Massive pilferage, inefficiency in delivery and an abysmal tax collection are areas which are most important when it comes to reversing the otherwise unsustainable model of utility delivery in Pakistan.

This is where subsidies come in, which have to be covered by general taxation. But as we all know, Pakistan’s tax record is abysmal. But someone has to pay for the subsidy.

The third principle at play is the economic cost of delivery of that good. "If the delivery system is efficiently structured, then that is the cost of delivery," says Cheema. "But if it is inefficient due to losses, theft, etc., then the pricing represents or covers that inefficiency as well."

Unfortunately, this is the story of most public utilities in Pakistan -- inefficiency in delivery, heavy subsidies and low pricing for all. Cheema also points out that because of the above there is massive overuse of utilities such as gas and water, without any care. "If I’m getting something for free (or nearly free), I couldn’t care less if it is being delivered to me inefficiently."

There could however, be a silver lining in all this. "The IMF issue can be a pivot for us to fix all the problems associated with the delivery of utilities," says Dr Cheema. "The IMF is not going to do that -- nor will their conditionalities."

To even start fixing this decades-long slide requires much public policy debate, on issues such as theft and how much will be tolerated -- who are the people who will be subsidised and to whom will that subsidy be given.

Looking at the price-hike in isolation is to miss the point. "We are stuck in an unsustainable form of service delivery where we are subsidising people who don’t need the subsidy -- and we’ve done this for decades," says Dr Cheema. "At the same time we don’t increase the associated tax burden so that someone can internalise that cost, which is why our budget deficit continues to increase."

Experts had warned that the increase in gas tariffs would create further inflationary pressure on other associated industries, including but not limited to electricity. And the IMF had also recommended a further increase as well. As it turns out, the increase in gas tariffs was not a solo sucker punch but part of a one two combination of body blows. On Thursday, the government raised the cost of electricity by Rs 1.60 per unit as well.

The PTI government claims that the rise in tariffs will have the most impact on that lot of Pakistani society which can afford to pay higher rates for basic utilities such as electricity and gas. If this is indeed the case, then that’s a small step in the right direction. However, massive pilferage, inefficiency in delivery and an abysmal tax collection are most important when it comes to reversing the otherwise unsustainable model of utility delivery in Pakistan.

End of the free ride