PTI’s vote bank represents the new educated middle class, especially corporate, middle income agricultural and salaried sections of the society. How does this class bias pan out in the context of Pakistan’s politics 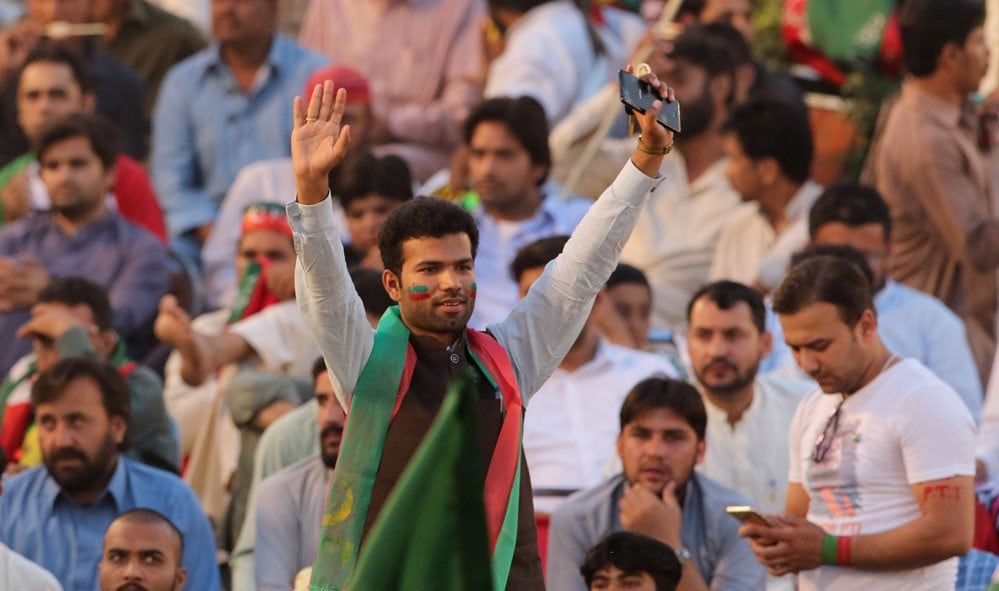 Karl Marx defines the middle class as one having a dual existence and divided interests. He considers the petite bourgeoisie or middle class to be politically conservative or reactionary, preferring to return to an older order. This class, some Marxists think, had contributed to fascism in the 1920s and 1930s. At other times, when it is acting in opposition to the interests of large capital, it may have a more radical or reformist (anti-monopoly) bent to it. It is here that Marx’s definition aptly explains Pakistan Tehreek-e-Insaf (PTI) victory in the 2018 elections and the reformist agenda this party of the middle class has.

Pakistan People’s Party (PPP)’s majority vote bank was made up of the lower and oppressed classes and Pakistan Muslim League-Nawaz (PML-N) mainly had the support of the business, middle and industrialist class. PTI’s vote bank represents the new educated middle class, especially corporate, middle income agricultural and salaried sections of the society.

Most of the middle-aged PTI voters have risen from the ashes of the weak and dying political parties. The younger voters started following Imran Khan as a cricketer and later turned into his political followers. The rest of the voters are those restless Pakistanis who want to break the status quo and seriously believe that Khan can bring real change. Almost all these groups are convinced that Nawaz Sharif and Asif Zardari have looted money and appreciate the role of the judiciary and the army in sorting these two politicians out.

Though there are no figures available about the exact or scientific division of the classes, careful estimates indicate that today Pakistani middle class has the highest ratio -- almost 49 per cent in the whole 70-year history of Pakistan. The upper class is just 4 per cent and the lower class touches 47 per cent. Similarly, Pakistan has a youth bulge. About 64 per cent of the population is below the age of 30 years. Gallup and Pulse opinion surveys before the 2018 election estimated that 27 to 37 per cent of new voters were in favour of PTI while only 20 to 22 per cent favoured PML-N. So, the key to the PTI rise is the middle class and the youth bulge.

All the PTI voters are modern in attire but mostly conservative in thought -- a typical middle-class trait. This class is very flexible in its ideology and has no problem even if Imran Khan supports the decadent jirga system or advocates a dialogue with the Taliban. These voters have no problem with Imran’s three marriages or many scandals about him. They do not hate dictators or martial laws. Most of them have no love lost for democracy, civil rights, freedom of media and, above all, the whole system. They are unanimous in condemning democracy under Sharif and Zardari. They openly advocate abolishing of the present political system. They invariably have a soft corner for military and its sacrifices in fighting against terrorism. At one stage, this middle class loved Imran Khan and Gen Raheel Sharif alike, with perhaps a greater tilt towards the General. But after the exit of Raheel Sharif, their sole hero has been Imran Khan.

Most of the people supporting PTI have been elevated to a reasonably wealthy middle class in the last 20-30 years. According to different researches, a middle-class individual is one who is earning/consuming 4 to 10 dollars per person per day. That their vote bank is middle class is evident in PTI gatherings where we don’t see anyone with broken shoes or no shoes at all. One can find heaps of old and broken shoes whenever a PPP public meeting or rally ends. PTI crowd, on the other hand, comprises smartphone carrying people wearing neatly polished shoes, often caught making selfies.

The PTI phenomenon is actually a reflection of the desires and aspirations of the middle class. They wish for upper echelons of power which have been occupied by PML-N and PPP for the last three decades. Had there been some space, they would have seated themselves on the vacant berths of the political train. Since there was no space for them, their frustration continued to grow until they found a solace in PTI. The middle class has not followed Imran Khan out of his charisma only; he is an embodiment of their aspirations.

Philosophically, Imran Khan was once impressed by Jamaat-e-Islami and was quite close to its Amir, Qazi Hussain Ahmad. Many of his political colleagues Asad Qaiser, Arif Alvi, Fayyaz Chohan and Ijaz Chaudhry come from Islami Jamiat Talaba, Pasban or Shabab-e-Milli background -- all different brands of Maulana Maududi’s school of thought.

PTI draws its strength from the youth of the new and emerging middle class. The mood of the party is set by this class. The new songs and the innovative slogans of PTI are the youth’s contribution. Most of this youth have positive dreams about Pakistan and want to progress in their personal careers. The youth and the middle-class voters are energetic but have a lopsided effect as well. They don’t stick to any particular idea, philosophy or the party for too long. They are impatient and cannot wait long for results.

PTI’s middle class mostly comes from salaried and corporate sections of the society. An overwhelming majority of the business middle class in Punjab still supports PML-N. This division between the salaried and business middle class is a major cause of Nawaz Sharif’s downfall. In the light of class structure, followers of Marx will say that businessman Sharif was declared corrupt by salaried class of the armed forces’ representatives through a JIT and endorsed by the salaried middle-class judges (Marxists consider army and judges as a part of the middle-class’ salaried sector). This conflict within the middle class can further widen if the PTI government imposes a rigorous taxation.

The federal finance minister is a true representative of the corporate and salaried sector. Most of the salaried classes in Pakistan think that businessmen are tax evaders and mint money by breaking the laws of the country. If this thinking prevails, the PTI government will focus on documentation of economy which will further enrage the traders who already are against Ishaq Dar for having imposed taxes on bank transactions.

On the other hand, if PTI can get a big foreign loan and economy thrives without documentation, the pro-PML-N business class will be under immense pressure to change political sides. But if the economic crisis persists, even the salaried and corporate classes will lose hope in the PTI leadership. So the key to the next politics is the performance of the economic sector, and most importantly how it affects the middle class of Pakistan.