One side of the story

The excesses of NAB in arresting the accused, handcuffing them and putting them on media have raised questions 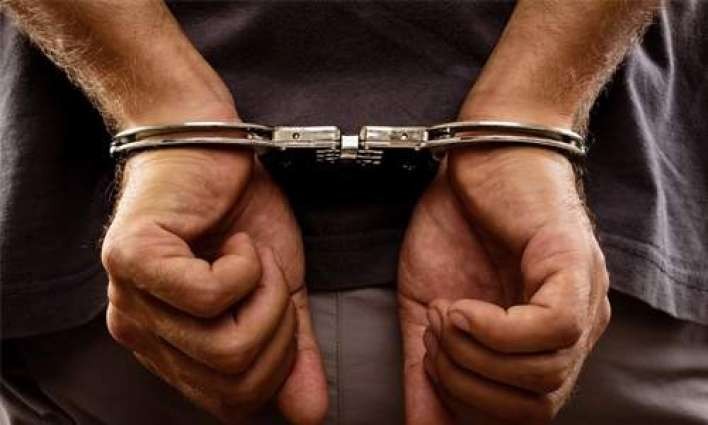 There is justified criticism of NAB for its practice of handcuffing the accused and flashing their images on the media. The trial of the accused begins even before it is formally started.

The accused have a right to dignity guaranteed under the constitution of Pakistan. In recent months, it began with the arrest of Ahad Cheema, a bureaucrat who was allegedly the right hand man of then Chief Minister Punjab Shahbaz Sharif. The image of a pensive Cheema from behind bars and a policeman standing guard, brandishing a kalashnikov made only one statement -- someone within the NAB had handed over the photograph to the media.

The NAB authorities crossed all boundaries of decency and restraint by bringing the former VC Punjab University, Mujahid Kamran and four other university professors to the court in handcuffs. Understandably, this created a backlash among the students and the public at large.

Mujahid Kamran and five former officials of the university are facing charges of illegal appointments and nepotism. For now, the matter seems to have been resolved with the written apology to the accused by Director General NAB Lahore, Saleem Shahzad, before the Supreme Court of Pakistan.

Can the humiliation borne by the accused be reversed? How does this reflect on our law and the society? "In our country, professionals already feel they are living a life of indignity which is manifest in various ways. On top of this, their arrest and handling in such a manner is only shameful," says Ammar Ali Jan, Assistant Professor of Political Science at Forman Christian College, Lahore.

"This comes at a time when there’s already no space for professional advancement of academics. That leads people to compare this with how the law treats the elite, such as dictator Musharraf. And students and teachers are greatly hurt, irrespective of the veracity of the charges against them," he notes.

The law does not allow handcuffing an accused, except in cases where the accused is a hardened criminal and there is apprehension that he would run away. "Handcuffing an accused is violation of the fundamental right which the law accords to every person," says Mian Muhammad Waheed Akhtar, Vice President, Supreme Court Bar Association. "In the eyes of the law, everyone is innocent until proven guilty, be it a politician or a professor. We condemn these acts of the NAB in strongest possible terms and hope this doesn’t occur in future."

"There are clear judgments of the Supreme Court and the Lahore High Court that stop the authorities from putting the accused in handcuffs," says Rana Zia Abdul Rehman, former President Lahore High Court Bar Association. "This is simply overstepping the powers."

Like a two-edged sword, this overstepping of law was supplemented by the coverage of this issue in the media -- both print and electronic -- showing the accused in images and short clips repeatedly over a stretch of a few hours. Social media was not far behind, catching up from where the print and electronic media left.
"Media showing the accused must have been a psychological trauma -- for the accused as well as the family. The media should not have flashed the images in such a way," believes Mazhar Abbas, senior journalist.

But there are largely two opinions in the media on this. "One side says that showing the state of the accused was a good thing as it highlighted the excesses of NAB while the other side says that even if they had to be shown, images should have been blurred both in the print and electronic media."

"Using the media is also a tool of political victimisation; the release of Hasan Nawaz’s picture sitting at the NAB office is a case in point. The aim was to show that the son of a powerful prime minister was under investigation although nothing was proved against him," says Abbas.

Praising the print media, he says, In some cases, they also exercise caution in the electronic media. "But the problem is that there is a dearth of professional editors in the media, which results in non-professional handling of issues."

One side of the story