Who does Pakistan’s fashion industry represent? 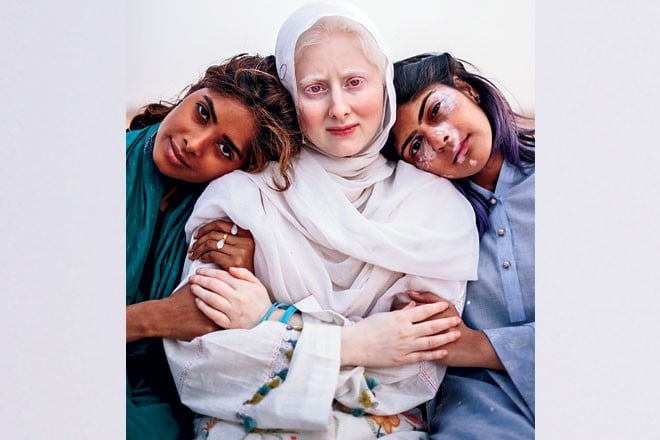 Diversification within the fashion industry is on the up rise, now more than ever, if one goes by international ramps and campaigns.  With designers showcasing their designs on a range of body types, skin tones, gender identities and ages, consumers are able to identify with many variations of beauty rather than trying to fit themselves into the standard of beauty/fashion ideals that are otherwise presented. The world is redefining the definition of both and designers are in the forefront expressing this change.

This shift is partly due to the fact that there is inclusion at the backend. More people of colour have been appointed in decision-making roles and positions of power than ever before. Virgil Abloh has become the first black designer to head Louis Vuitton menswear and emerging names such as Kerby Jean-Raymond of Pyer Moss, and Nepali-American Gurung are making diversity a cornerstone of their brands. Designers in New York, London and Milan have subverted industry norms by casting models of a variety of ages in their shows. At London Fashion Week alone, Victoria Beckham chose 47-year-old Stella Tennant to open her show. Model Winnie Harlow – who has vitiligo – opened another show and former Paralympian Samanta Bullock closed one.

We’ve also seen Joan Didion, at the age of 80, front a campaign for Céline and Mango recently enlisted 64-year-old fashion blogger Lyn Slater for its Spring/Summer 2017 campaign. This year has been groundbreaking, as a result with diversity at an all-time high.

In Pakistan, however, diversity is still seen as a buzzword, a PR push rather than the norm of the industry. It’s perhaps because we’re much smaller than other industries, and it will take us time to grow, but we must ensure we grow in the right direction.

Pakistan has the occasional brand use ‘real women’ for their campaigns but it is being done on a very small scale. Generation has, however, made a consistent effort to represent different kinds of women in its campaigns, tapping into various social themes that are shown in its campaigns. Whether it’s the use of women of all shapes and sizes, with pigmentation and beautiful skin tones, a plus size or curvy woman, those at various stages of pregnancy or an older bride, they are consistently fighting societal taboos with quietly rebellious fashion imagery. One will not see professional models or celebrities on their social media but instead, women who wear Generation in their everyday life.

In being consistent with their messaging, they may be able to get the wheels in some minds turning, be authentic and at the same time cultivate a sincere image of caring about the message it projects, which pays off in terms of how people perceive them.

Recently, fashion label Jeem featured Maavia Malik, the model who became the first trans person to walk the runway in Pakistan and was also in the brand’s campaign shortly before her runway debut at the PFDC fashion week. Sources say that it wasn’t a breeze to get approvals for this from the council but Hamza Bokhari of Jeem felt strong enough to fight the cause. At Fashion Pakistan Week (FPW) earlier this year, niche brand Cheena Chapra brought real women to the ramp; not just plus-sized models but old and pregnant women as well. Most women in Pakistan are heavier than model-size so it’s important for them to see themselves represented on ramps.

It’s important to see clothes on bodies like theirs and to realize that if the clothes don’t feel right on them it’s because they were not made for their bodies (which is part of the problem). This year Cross Stitch did a Homeland inspired series where they took the controversial poster of the TV series and shot it with four different themes, one for each province of Pakistan. The latest one was for KPK and featured brand ambassador Syra Shahroz with freckles on her face. People took to Instagram to question why they were added to her face but the truth is that people in the north of Pakistan have freckles due to sun exposure and pigmentation of the skin.

Whether people approved of the authenticity of these optics or not, what this did was open up dialogue and debate about far reaching areas of Pakistan and what people there look like. People who previously did not know, now had knowledge because of a representative fashion campaign. Similarly, Generation’s campaign, ‘Shahnaz ki Shaadi’ that featured an older bride got people discussing marrying at an older age which is rarely celebrated openly in our culture. One hopes that more representative campaigns and editorials are worked upon so as to educate people through photographs.

Repetition is key; when we see something over and over again we normalize it. Such campaigns create familiarity, which in turn breed acceptance and tolerance. That’s why it’s important to see a range of body shapes in images and on the ramp.

For the average sized Pakistani woman, it’s a horribly demoralizing experience to go shopping most of the time. Designers envision their designs on waif like, thin women so when women of different body types wear those clothes they don’t flatter them. The items make the body look larger, especially pastels and large scale prints on lawn all come together to create an unflattering look. Despite the huge financial potential of this market, many designers don’t want to address it. Perhaps because thinner women are an easier canvas to paint for? Today’s designers operate within systems that were established decades ago, including small-medium-large sizing and the fashion week. The latter of which is finally changing to the see-now-buy-now format internationally (Pakistan was already on track). Why can’t designers also look into who’s really buying their clothes?

In order for there to be a change in the industry, there also needs to be a change in mindset. As more people stop looking at increasing diversity in their editorial content and staff as the ‘cool’ thing to do and start realizing that it’s the business-savvy thing to do, we’ll see meaningful change.

It’s also worth considering that in a country with so many women who cover their heads, there is not a single hijabi model seen on the ramps or in our campaigns. If Halima Aden can make it to the cover of Vogue and Mariah Idrissi to H&M campaigns, why aren’t PFDC or FPC supporting women from our own country who’d like to be at the forefront? Research shows that ‘modest’ fashion is set to be worth £267 billion by 2021; it notably dominated the AW18 runways of Gucci, Calvin Klein, Alexander Wang, Versace, Chanel, Balenciaga and Dior. We’d like to see some on our local ramps as well.

The truth is that inclusivity and representation of the real consumer in campaigns and on the ramp enriches the show setting and enriches the clothes as well. It gives the context of the collection a lot more depth. As much as fashion is about telling a story, it needs to be conscious of the social responsibilities as well and the effects that it could have on younger girls growing up. The British-Pakistani actor and self-proclaimed ‘defiant singer’ Riz Ahmed recently said in an interview with Trevor Noah that he doesn’t like the term "diversity" because "it sounds like an added extra" and he "would prefer to talk about representation". He said, "Representation is absolutely fundamental in terms of what we expect from our politics, culture and fashion - people want to feel like they are seen, heard and valued."

It’s the lack of all this that can lead to depression amongst those that don’t fit into the unnatural and unfair ideals projected. Not feeling represented has the power to make each and every one of us feel down on ourselves and cause confidence to crumble. If we have to stack ourselves up against the same handful of young, thin, fair, long haired beauty ideals - it can become troubling. We know our country has a much richer tapestry and we hope that the Pakistani fashion industry can follow suit in making representation more of a standard, not a buzzword in times to come.

In upcoming fashion weeks, we’d like to see transgender models, plus size models, models with skin conditions, hijabi models and older models walk the ramp to become the norm, not the exception.

Who does Pakistan’s fashion industry represent?

The good, the bad, and the Will Smith