We live in a world where religion, capitalism, socialism, consumerism, occult, mysticism jostle together. Therefore, Imran Khan cannot create a prosperous and social welfare state unless he fuses Medina with China or Scandinavia 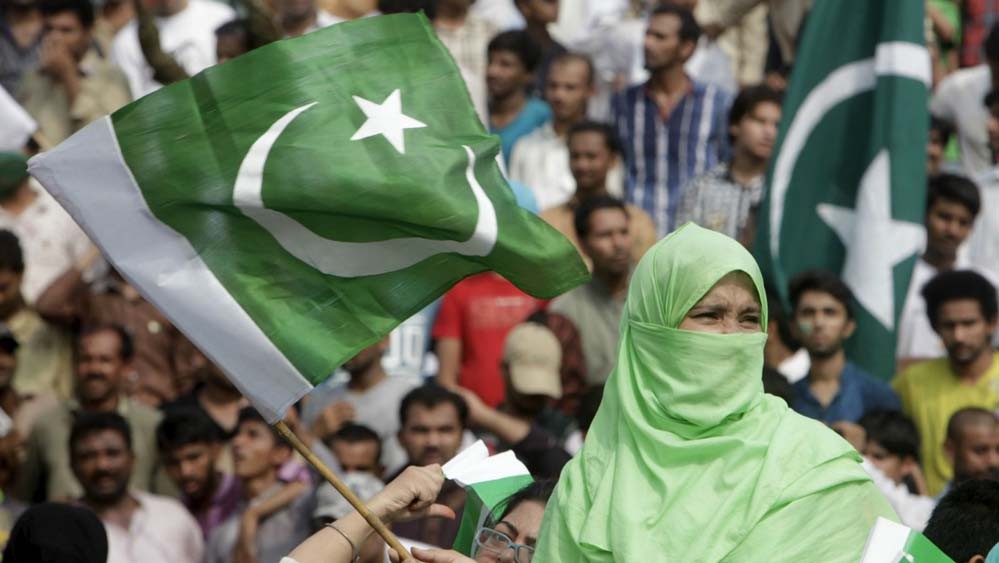 When a society undergoes profound changes, its traditional way of seeing things becomes more dogmatic because it tries to fit emerging reality within the received paradigm. As a result, the mind loses its theoretical anchor. Also, the sea change in the society not only renders theoretical framework meaningless, but also saps different entities, institutions, concepts, and practices of their meaning.

We live in an age where different societies in the world are undergoing great social and economic ferment that in its turn impacts every sphere of life, including politics and religion. Unlike the unified ways of seeing of high modernity, the developments in late modernity and postmodernity have caused fragmentation of the unitary worldview and language. So we can say that with the end of metanarratives, the world is left with no meta-ideology that can help societies and states to operate in a coherent way.

The coherence is replaced by paradox. The ideological vacuum is filled by economic necessities and cybernetic culture. Perhaps, it is for the first time in history that the charge of managing human societies and their affairs has been taken by non-human mechanisms of new technologies and digital mediums, which are intimately connected with multinational capital.

The new technologies and typologies have transformed the condition of the world, nature of our experience and arrangements of life. Through the digital media and consumerist culture, the multinational capital has captured both the outer world and inner one. This has proved conducive for the global capital to reach in every corner of the world. The global reach of capital destabilises social structures and destroys notions of self and the world, and alters status of knowledge. These transformations create postmodern condition. One of the salient features of postmodernity is pastiche. Pastiche is a work of art created through imitating style of another work or period.

Some theorists extend the analogy of pastiche to other domains of society and culture. Sociologically speaking, pastiche is rediscovery of old forms and fusing them with existing categories to address exigencies. This form of thinking does not address the emerging reality through timeless categories of ideology, but cherry-picks different elements from human history. In this process the categories, words and typologies lose their meaning and undergo so much metamorphosis that they change their inner identity to serve new reality forced by outside. In other words, the outside senses have taken control of inside. That is why literary theorist Fredric Jameson declares pastiche empty.

Speaking in the style of pastiche, Prime Minister Imran Khan in his first address to the nation vowed to make Pakistan welfare state on the lines of Medina-like polity. Previously, he claimed that the Scandinavian states are based on this concept. Imran Khan also expressed his wish to introduce the ‘China Model’ to alleviate poverty and create wealth in the nation. In an atmosphere of intellectually frozen but ideologically charged society like Pakistan, such statements were bound to elicit a variety of responses ranging from eulogising Khan’s vision to his crass ignorance about modern statecraft.

The new technologies and typologies have transformed the condition of the world, nature of our experience and arrangements of life. Through the digital media and consumerist culture, the multinational capital has captured both the outer world and inner one.

While criticising and eulogising Khan’s pronouncements, both his detractors and proponents respectively fail to look into the processes of time that compelled the prime minister of Islamic Republic of Pakistan to make such statements. Cohabitation of diametrically opposite models Medina, China and Scandinavia in the single discourse shows imitation of different periods and systems just like pastiche. Such arrangement looks paradoxical, but living with paradox is human condition in the age of postmodernity.

The detractors of Imran Khan criticise him for reintroducing an outdated model in modern age. Some accuse him of supporting a radical version of Islam, and others deem him fascist. On the other hand, his exponents deem him as a messiah who will lay the foundation of a new Pakistan.

However, both views are trapped in the ideological prisons. In the case of his supporters, their vision is corrupted not so much by his charisma than by miasma. What both the opponents and proponents fail to see is that Imran Khan’s politics does not stem from some coherent ideology. In fact, it is the sum total of components selected to form a version of politics that is close to pastiche in its contour than to political ideologies of the nineteenth and twentieth century. Like pastiche, the medley of models in his idea is empty.

To deconstruct Khan’s political postulates in the form of pastiche, it is necessary to unravel the processes of political unconscious. Fredric Jameson in his book, The Political Unconsciousness: Narrative as a Socially Symbolic Act states that narrative functions in two ways: it presents and suppresses reality at the same time. First, it expresses to bring disparate elements and factors within the ambit of unitary language to make social contract function. While expressing the narrative at the same time suppresses contradictions to make it more palatable or acceptable for if it juxtaposes both expression and suppression on the same plane, then it prepares arrangements for its own undoing. Under the stated rubric of the Medina model, Khan also suppresses the non-Islamic sources of his political agenda.

Khan’s pronouncements are the results of effects of collective consciousness and unconsciousness. The collective unconsciousness and its manifestations can be traced back to the colonial period. When Khan asserts that the model of Medina is congruent with the concept of welfare state in Scandinavian countries and Chinese economics, he follows not the ideology of late modern movements of Taliban but the liberal intellectual tradition of Islam that emerged during the colonial period.

With the advent of modernity and conquest of Muslim lands, Muslim intellectuals like Sir Syed Ahmed Khan and his ilk tried to reinterpret Islam according to European model. The Muslim modernists during colonial period were compelled to follow exogenous explanatory model of religion because of the pressure of modernity and experiences the world altered by reason and machine. Imran Khan finds it difficult to find the required material, financial, human and intellectual resources within the tradition. That is why he reaches out to the Scandinavian and Chinese models for welfare and economic prosperity of the country.

What we perceive today as pure religion per se is multiple accretions in different historical periods. That is why the very use of the word of religion in an essentialist shape is problematic. Imran’s conception of Medina-like polity has everything related to profane sans religion. Unlike the famous maxim that enjoins the followers of Islam to "seek knowledge even if they have to go to China", Imran is reaching out to China for economic support. This shows that economy has superseded other aspects of interaction between nations and civilizations. So it can be said that it is not political ideology or faith but economics that brings Medina and McWorld together.

Even the existing economic model of China is not the pure communist model of Moa Zedong. China has altered its communist soul by infusing it with capitalism but it has kept the veneer of communism intact. Similarly, Imran Khan is keeping the facade of Islam to appeal to social imaginary. At the same, he intends to introduce not so Islamic elements through economics into the pure body politic of Islam. Seen this way the soul of the Islamic republic will remain un-Islamic while the narrative remains Islamic. In that sense we will remain schizophrenic where our political position does not have relationship with economic domain.

The schizophrenic state is another characteristic of postmodern condition where unitary language dissolves into fragmentary languages of economics, arts, religion and politics. Religion is all about soul, but in the age of great fusions and confusions under globalisation the soul remains postmodern with semblance of names from past or history. When soul is transformed to meet the worldly challenges, then most of the psychological and mental energies are going to be diverted from otherworldly to worldly issues. At the same time capitalism cannot ignore the huge market of religion.

We live in a world where religion, capitalism, socialism, consumerism, occult, mysticism jostle together. In the world of today, the Medina model has to go to Scandinavia or communist/atheist China and has to adopt capitalism. Similarly Sufism has to take refuge in capitalism to fight against Islamism or Hindutva to follow dictates of multinationals. Everywhere the ideology remains pure, but practice morphs into hybrid forms. Those who see the reality from puritan lens of ideology fail to see the hybrid reality of today.

Boundaries are no more divisions for ideological demarcations and wars, but source of fusion/confusion to render all realities of bygone millennia irrelevant. Imran Khan cannot create a prosperous and social welfare state unless he fuses Medina with China or Scandinavia. The only people who can thwart his dream are the ones who hold puritan liberal and exclusive religious mentality.