The man who could have blunted Partition 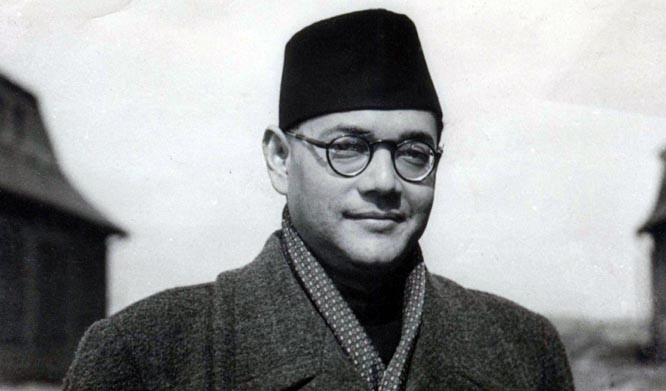 Seventy five years ago this week, October 21, 1943, marks the Declaration in Singapore of the Provisional Government of Free India (PGFI) by Netaji Subhash Chandra Bose under his leadership. The setting up of independence war base in the Far East with Japanese help followed his disenchantment with Hitler and Germany where the Fuhrer had side stepped, virtually refused, his request for a "free India" declaration.

Netaji’s one and only meeting with Hitler and his impression of the dictator was summed up in just two words "baddha pagal" (raving lunatic) which he uttered after coming out of the meeting. But he had already arranged for his journey to East Asia in a submarine. These and other historical vignettes on the formation of the Indian National Army (INA) are meticulously narrated in Ashis Ray’s book LAID TO REST in the form of stories, rumours and controversies over Netaji’s death, published by Roli Books.

The PGFI government in exile was recognised by several countries, notably Japan, Germany, Italy, Thailand and Burma, with Netaji as its head and minister for war and foreign affairs. The Irish President, Eamon de Valera popularly known in his country as "Dev", was one of the first world leaders to congratulate Netaji. A large number of poor and not-so-rich Indians living in East Asia came out with donations, including women handing in their ornaments, to fund the freedom struggle. The wealthiest stayed away, barring a few like one named Habib who donated his entire fortune to the cause.

As the struggle progressed, the INA moved its headquarters to Rangoon and in combination with Japanese forces the Indian flag was raised at Imphal in Manipur and Kohima in Nagaland in March 1944. But soon the tide began to turn, especially after the US Air Force intervention to bolster British imperial forces.

In the ensuing retreat and the surrender declaration by the Japanese on August 15, 1945, Netaji found himself traveling to Singapore, Bangkok and Saigon where he arrived on August 17, 1945 with seven of his closest colleagues, including Col Habibur Rehman Khan, his ADC.

For the next leg of flight on the fateful day on a Japanese bomber plane to Taipei (Taihoku), Formosa, there was room for only two Indians -- Netaji himself and Col Habibur Rehman. After refueling, there began the perilous flight in which the plane exploded when it was barely 300 feet above ground, leaving both Netaji and his ADC horrendously injured along with other occupants. Netaji’s injuries were to prove fatal with Col Habibur Rehman the only Indian left to tell the tale. The pilot and other Japanese personnel too survived, though badly burnt like all on board. The first aid staff and the medical team at the nearby military hospital were to be the other main witnesses.

Thus ended Netaji’s journey in a well documented plane crash which thousands of people in India find it difficult to believe, even decades after the event. The plea by Netaji’s daughter, Professor Anita Pfaff, in her foreword to Ashis Ray’s book, calls for a long over due closure of the saga.

Agreeing with Ray’s well researched conclusion, Professor Pfaff says: "For most of those people who continue to doubt Netaji’s death in Taihoku in August 1945, one possible option for proof would be a DNA test of the remains of Netaji -- provided DNA can be extracted from the bones remaining after the cremation. However, the governments of India and Japan would have to agree to such an attempt."

It’s indeed time that such a course of action be adopted and the myriads of "cock and bull stories" -- involving such laughable tales as that of Netaji becoming a "Gumnami Baba" or nameless sadhu protecting his temple fiefdom by shooting and killing a rival -- be put to an end.

It’s time too to once again put the spotlight on Netaji’s contribution to Indian polity and ethos and what more he could have contributed had he survived that 1945 plane crash. It is no idle thought to believe that India’s Partition would have, could have, taken a different shape or direction if he had been alive in 1947. Ashis Ray’s pointer towards the end of the first chapter of his book is verily valid.

Personally, having lived through Partition as a child in Lahore and shaken hands with Captain Qadir of the Indian National Army, I still believe that that Netaji who had an extraordinary rapport with all communities, especially with the Muslim fraternity, could have reached a settlement even with Mr Jinnah. The INA trial had created an unparalleled atmosphere for unity and friendship.

"Gali, Gali se aayee aawaz -- Sehgal, Dhillon, Shah Nawaz" was the chant of the time which had all the power of peace and brotherhood.

And let’s not forget that in 1946, Mr Jinnah had fervently held up, not just the possibility but the probability, of India and Pakistan living as good neighbours like America and Canada. Nor should the people of the subcontinent forget his August 11, 1947 address to the Constituent Assembly of Pakistan.

The man who could have blunted Partition