Journey of the Urdu digests

From the simple formula of born-again Muslim women who find happiness and marriage to chronicling the struggles of those trying to find out their true self, popular fiction has indeed come a long way 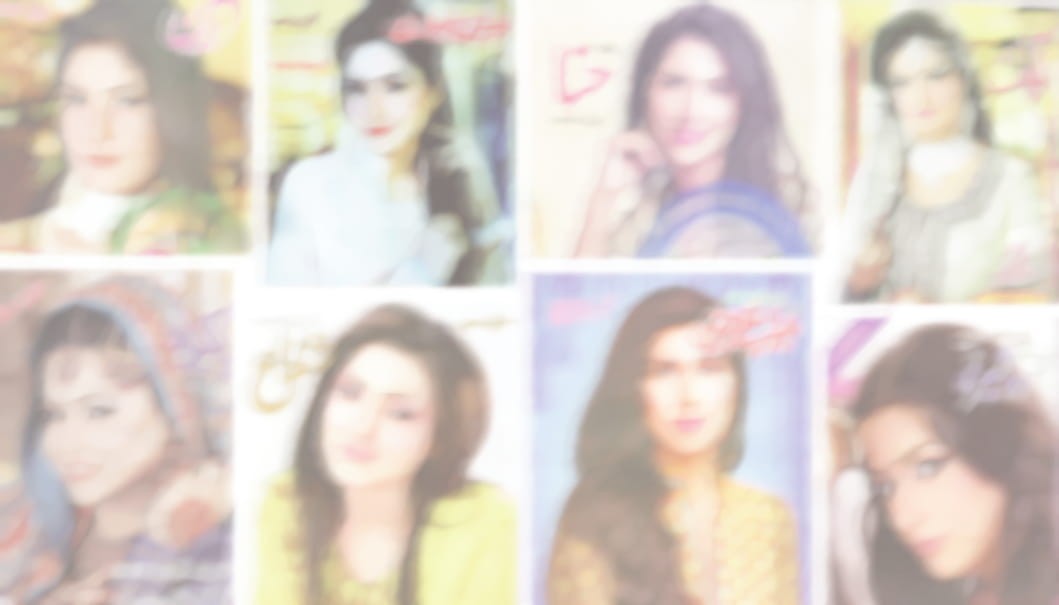 Women are one of the largest reading groups in any language. In many instances, popular fiction is usually written for women, by women writers. Hence, we have the term chick-lit. In English language, this is a genre with its own set of renowned names like Maeve Binchy, Marian Keyes and Helen Fielding. While their writings are about women and their concerns, mainly romance -- with the added burden of providing happy resolutions to the characters -- the stories are mostly well-written and entertaining.

Such popular fiction also has a tradition in Urdu which is getting stronger. To pinpoint in history, this writing in Urdu starts from the nineteenth century, when it was mostly pervaded by the spirit of reform. As Quratulain Hyder puts it in one of her interviews, her mother used to write for the magazine, Tehzeeb-e Niswan with the pseudonym Nazar ul Baqar. Other than Tehzeeb-e Niswan, magazines like Shama and Zaibunnisa also tended to women’s interests. Not only did they contain stories of hopeful romances, they also provided women with a complete set of dos and don’ts. What basically started as an enterprise to correct women’s morals and provide education to the housebound lady has now come much further than that.

These days, writers writing for the current brigade of women’s magazines such as Shua, Khawateen Digest and Kiran, can now hope for success on the tv screen as many stories from digests are adapted as screenplays, while many writers of digests stories have turned into star playwrights.

While in many cases these works are aimed at the correction and policing of women’s morals, they are nonetheless an excellent mirror held up to society, clarifying its inherent misogyny and patriarchy. This is not to say that writers of such fiction always produce lesson-oriented or substandard work. In almost all the instances, the writing itself is good and characterisation pretty much Dickensian in its exposition of good and bad characters. The truth is that the writing has a transformative quality; and over the years-- decades indeed-- popular writing has changed many forms. It is now produced in a relatively novel and progressive way.

In its effort to provide both entertainment and education, it has become the kind of product that also reflects the society’s trends and biases. For example, a major theme in such novels is that of marriage, which Jane Austen so aptly talks about in the opening line of Pride and Prejudice. Every good looking, half decent girl, must be promptly married to an eligible bachelor.

Over time, this theme has seen many variations. One has been the introduction of one man in two women’s lives, with the typical ‘Akbari’ ‘Asghari’ character types played out. The women, one with beauty and the other with housekeeping skills; both try to win the man’s heart. In most such stories, the man marries the beauty and then ends up living his days in regret since the beauty has no interest in running the house to his satisfaction. By the end of such stories, the man is shown lamenting his own poor taste or judgement. A modern variation in such plots is the introduction of a third woman, who shows no interest in the man, but finds out by the end of the story that she is indeed the bride to be. From a Marxist critique, this would indeed show society’s determination, that every eligible woman is married! No one, even a less stereotypical character, gets to rebel against the institution of Marriage.

The characters are thoroughly postmodern as well, from those seeking a cure for depression to con women and spies. While the writings are still mainly about romance and finding a suitable partner, sometimes those conventions are also left to the readers’ imagination. Instead of providing a resolution in the end, sometimes popular fiction just follows a woman’s journey of personal growth.

Another recently persistent theme has been that of religiosity, or the born-again Muslims. The older magazines like Shama and Zaibunnisa had stories which were mostly very modest bodice-rippers: we may call them scarf sliders, considering the eastern culture; as well as the good old ‘as-you-sow-so-shall-you-reap’ storyline, along with the Cinderella plot; of rags to riches through marriage. In contrast to that, many stories in currently popular magazines show characters who go through a crisis of faith and then eventually find religion and a pious spouse simultaneously. In such stories, religiosity is inevitably linked to finding the right marriageable partner. Once again, no spiritual rescue is provided for the ones not intent on marriage.

There have also been stories that have glorified martyrdom, showcasing women who are proud of men’s sacrifice. In reality, families where such tragedies occur labour under grief for it; it is not easy to come to terms with it when death comes for the youth. Contrary to that, in popular culture, such martyrdom is praised and elevated beyond what is real. Motifs such as the ghost of the dead lover, a child as a symbol of the continuation of the dead man, and the evergreen white chiffon of the widow, abound in the stories.

An interesting point to note in these writings is the characterisation of women protagonists, from the unbelievably meek and silent, who is rescued by a good man, to the bold and confident girl who is her family’s saviour, they run the gamut of all kinds of characters. Where in the beginning, many women in such stories were simple characters, at the mercy of destiny, like the 18th-century novels; with the advent of the 20th century, the characters have become modern. They go through different transformations in the course of the plot, showing how writers are adapting with time.

Usually, the stories are written by women who have a good command of Urdu language; hardly any story is poorly structured. Some writers have broken all moulds though, not only their protagonists are bold and resourceful, they are also bending the conventions of popular writing by introducing novel ideas, such as time travel, as a plot device. The characters are thoroughly postmodern as well, from those seeking a cure for depression to con women and spies. While the writings are still mainly about romance and finding a suitable partner, sometimes those conventions are also left to the readers’ imagination. Instead of providing a resolution in the end, sometimes popular fiction just follows a woman’s journey of personal growth.

Another interesting trend to observe is the theme of philosophy. From the simple formula of born-again Muslim who finds happiness and marriage, to chronicling the struggles of someone trying to find out her true self, popular fiction has indeed come a long way.

What makes popular Urdu fiction successful with its plethora of women looking for marriage is not only its well-constructed language and plot-line, it is also its ability to bring to the fore women’s concerns with joint families and being the mainstay and care-provider in the family unit. A grandmother teaching her granddaughters how to make soft and crispy pakoras is indeed something that will always have a readership. These are chronicles of women’s lives in family kitchens and hence a paramount source of entertainment and education to many.

Journey of the Urdu digests