The impression that NAB’s independence, impartiality and efficiency are in question has been strengthened over the last 22 months 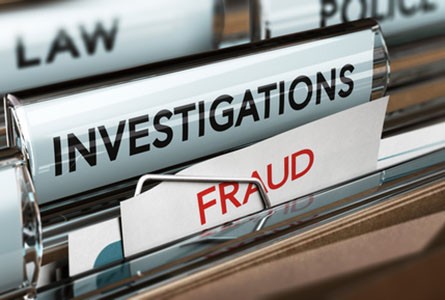 An accountability mechanism is expected to be independent, impartial and efficient. The National Accountability Bureau (NAB) is today facing severe criticism for being deficient in all three areas.

However, it must be admitted that no accountability or anti-corruption organisation in Pakistan has been accepted, at least by the public, as independent or impartial, and any body that is neither independent nor impartial cannot be considered efficient.

What NAB is tasked with is extermination of the hydra-headed evil that can be described in one of the most ponderous words --  corruption -- and which was one of the major concerns of the political leaders of the subcontinent during the closing years of the colonial rule.

The Quaid-i-Azam made a pointed reference to bribery, nepotism and jobbery in his oft-recalled address to the Constituent Assembly on August 11, 1947, three days before the birth of Pakistan and described their eradication one of the priority tasks before the new state. Thus, there was no surprise in the Pakistan government’s decision to make, soon after independence, a law to deal with corruption in the administration (the Anti-corruption Act) and another law (PRODA) the Public Representative Offices Disqualification Act) to hold to account the people’s elected representatives.

The Anti-Corruption Act is still on the statute books but its effectiveness has declined year after year because of its lack of independence, putting a search for a more efficient anti-corruption instrument on the agenda of each new government. The independence and impartiality of the PRODA regime was rejected by the judiciary quite early in its life, and when the parliamentarians had had enough of Governor-General Ghulam Muhammad’s arbitrary rule, especially the dissidents that were often threatened with action under PRODA, they threw out the law with much greater passion than they had displayed at its adoption.

Throughout the intervening decades the governments have tended to follow Ghulam Muhammad more than the promoters of probity.

The Ayub regime’s anti-politician device, Elective Bodies Disqualification Order (EBDO), and Ziaul Haq’s use of martial law regulations and special courts was transparently biased against the parties they had overthrown. The governments of both Benazir Bhutto and Nawaz Sharif (1988-1999) were under pressure to set up a firm accountability regime to purge national politics of corrupt elements but they haggled for a long time over the period their proposals were to cover before coming close to an accord in 1996 in the last days of Benazir Bhutto’s second government. The people generally were not convinced that either of the two parties was seriously interested in an across-the-board drive against corrupt politicians. The adoption of Ehtesab Act in 1997 and the appointment of Justice Mujaddid Mirza as Chief Ehtesab Commissioner caused ripples only in legal and media circles.

On several occasions in the recent past the chief justice of Pakistan reprimanded NAB for failing to bring a large number of cases to conclusion. In one particular case, NAB was told not to violate the privacy of citizens under investigation by it.

General Pervez Musharraf gave priority to framing an anti-graft law to legitimise his martial law regime that he was shy of describing by its correct title and the National Accountability Bureau Ordinance, a more stringent law than its forerunners, was promulgated. The first NAB chairman, Gen M. Amjad, was beginning to win public trust by his even-handed approach to his task but he soon left in disgust at Gen Musharraf’s preference for selective accountability.

Thus, the present NAB set-up inherited a poor reputation from its predecessors. Although it is one of the most autonomous institutions in the country and its chairman has almost unlimited authority to proceed against corrupt holders of public offices and other corrupt persons but it seems to have been handicapped by lack of access to information about the wrongdoers.

The state functionaries who preside over store houses of information about everything that happens in the country have apparently become the decisive actors in the accountability processes. According to citizens’ perception the information-keepers decide against whom to act and when and this affects NAB’s independence, impartiality and efficiency.

This impression has been strengthened over the last 22 months (January 01, 2017 to October 17, 2018) as NAB has been tested in cases thrown up by Panama papers. The delays in investigations against the Sharif family and in disposal of cases started against holders of high offices, including several former heads of government and ministers, did not add to the credit of NAB. It also suffered a considerable loss of face when the Islamabad High Court exposed numerous holes in an accountability court’s judgment in the Avenfield property case, the timing of Shahbaz Sharif’s arrest, and the long time it took to persuade Fawad Hasan Fawad to become an approver. And its efforts to increase credibility by terrorising the people by producing senior educationists in the court in handcuffs invited strong disapproval from the judiciary and the people both.

On several occasions in the recent past the chief justice of Pakistan reprimanded NAB for failing to bring a large number of cases to conclusion. In one case, NAB was told not to violate the privacy of citizens under investigation by it and in another case it was warned against humiliating the people whose conduct it was investigating.

In the last week of September, Chief Justice Saqib Nisar passed the severest strictures so far on NAB’s performance by telling it that judges were not there to clean its dirt. He castigated the Bureau for leaving lacunas in cases and wanted NAB to cite a single reference that had reached its logical conclusion.

The NAB has been quite active in projecting its achievements. For instance, in a review of NAB’s performance during 2017 it was claimed that the Bureau’s outstanding success had been acknowledged across the South Asian region, that Pakistan’s position in the international ranking of corrupt countries had improved, and that NAB had recovered Rs50 billion from corrupt people in 2017 alone. Towards the end of last month NAB circulated a report of its achievements over 11 months (October 2017 to September 2018) and claimed to have recovered Rs2.4 billion during this period.

The other successes scored by NAB were: receipt of 394,085 complaints since its inception in 1999, authorisation of verification of 13,085 complaints, 8, 496 inquiries, filing of 3,386 references, and that 1,216 references were currently being heard by 26 accountability courts. It also claimed to have recovered Rs297,483 billion since 1999 and the money sought to be recovered from the cases being heard currently amounted to Rs895,279 billion.

The more NAB talks of money recovered the lesser does public confidence in its efficiency become. The reason is that a sizeable part of this money is collected through voluntary surrender of ill-gotten wealth by persons who accept their guilt or payments made by the accused while entering pleas for bargain. Judicial opinion and public views on accountability have over the years turned against the facility of plea bargain as it has become a sort of insurance against due punishment for corruption. The cleverer operators build reserve funds to be offered to NAB as the cost of corrupt practices. Besides, the plea bargain system tempts NAB officials to prolong all parts of their operations in the hope of overcoming the accused’s reluctance to disgorging the gains from criminal acts.

Although the trouble lies more with the way the law is implemented than with the law itself, NAB will increase public faith in its independence, impartiality and efficiency if the law governing it is brought in harmony with the international convention on corruption of 2003, especially its provisions on preventing corruption through recruitment to state services on merit and regular training of officials securing people’s involvement with anti-corruption campaigns, and helping non- government organisations to contribute to the anti- corruption movement.