One public toilet for every 1 million Lahoris

Lahore does not have public toilets. Hence the disgusting spectacle of men crouching near a wall (usually a garbage collection point) and answering the call of nature right in front of all the Lord’s creations 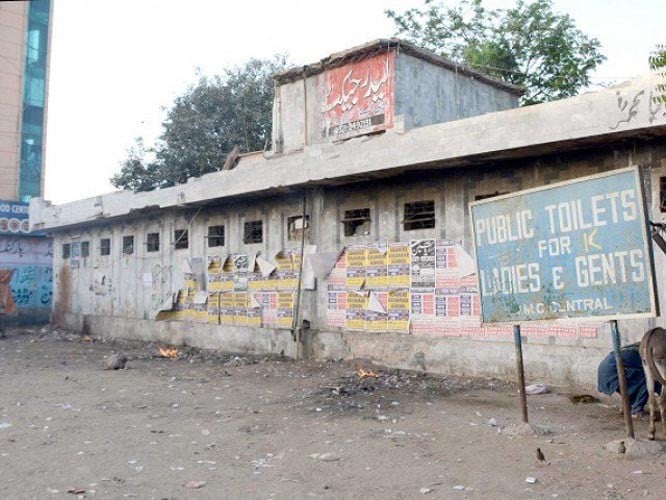 There are very few things that Lahore does not have. It is the throbbing, cultural heart of Pakistan, the provincial seat of power as well as learning. It was and still is the city of gardens (compared to Karachi, for instance); its architectural heritage unparallel in its quality and grandeur (you can now see one half of that on a bus that cuts through its heart like a red hot diesel-smoke-spewing dagger). The other half of that glorious architecture is now under the shadow of a train project that seems to have lost its track.

But all things aside, Lahore does not have one crucial thing: public toilets. Hence the disgusting spectacle of men crouching near a wall (usually a garbage collection point) and answering the call of nature right in front of all the Lord’s creations.

Once relieved of ‘pressure’ they would stand up, tie their drawstrings (if they are clad in shalwar kameez) and go about their business as usual. Other (slightly more respectable) choices are the facilities of mosques, hotels, plazas, petrol pumps etc in the locality.

Before you turn up your nose there is a sobering statistic so lopsided that it seems absurd, even by Pakistani developmental statistics: there is only one public toilet for every one million Lahoris. There are now roughly 9.28 million proud Lahoris (and, yes, some of them have extra weak bladders, mind you), according to one web source. So basically, we have nine public toilets in all of Lahore.

The British Toilet Association members have recommended that ‘a local authority’ (like LDA) "should provide no fewer than 1 cubicle per 500 women and female children, and one cubicle and one urinal per 1,100 men; and no fewer than one unisex cubicle for use for people with disabilities per 10,000 population and no fewer than one unisex nappy changing facility per 10,000 people dwelling in the area. The relevant ‘population’ in question should also include commuters, tourists and visitors as well as residents." (Source: ‘Planning for Public Toilets,’ Presentation of Author, Dr Clara Greed, MRTPI, MRICS, FCIOB Professor (Inclusive Urban Planning) School of Architecture and Planning, Faculty of the Built Environment, University of the West of England).

When it comes to women, the choices are literally few and far between. This scribe conducted a brief informal survey to find out about the women’s comfort level in using toilets in public spaces. Most respondents said they would most likely use facilities of a good food joint/restaurant while they are out shopping. In bazaars like Anarkali where women from low- to middle-income strata go to shop, there is no decent and clean toilets for men, what to say of women.

If by any chance you are handicapped or sick, the odds are stacked against you beyond measure. It is distressing how we treat the most special people of our society.

Rest assured we have a law that covers all these matters; it’s called Accessibility Code of Pakistan, 2006. It has mandatory provision for parks and other public spaces to have toilets that are accessible to people with disabilities, separate toilets for women in those areas besides toilets for men. But even in this law there is no mandatory provision of public toilets in areas like roads and streets.

Few people in Pakistan know that the world’s earliest system of flush toilets was discovered in Moenjodaro. Its population was estimated to be around 40,000. The city had more than 700 wells with most houses having separate washing areas and toilets. Now there are millions upon millions of people and not even the bare minimum urban facilities (in some respects, like sanitation and hygiene) by any standards modern or ancient. And, the common proud Lahoris still think that the one who has not seen Lahore is not even born yet. ‘Tabdeeli’ (change) is required in the way we do our private business publicly.

One public toilet for every 1 million Lahoris 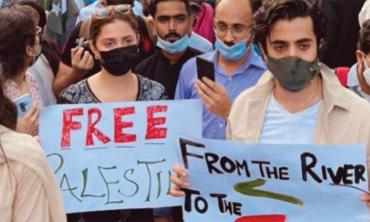 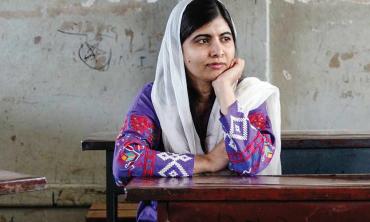 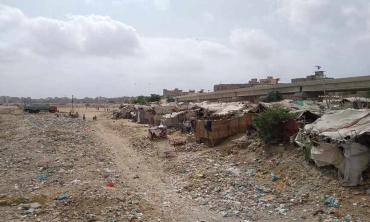