For the well-being of poor women, men and children, BISP must go on despite cuts in development expenditure 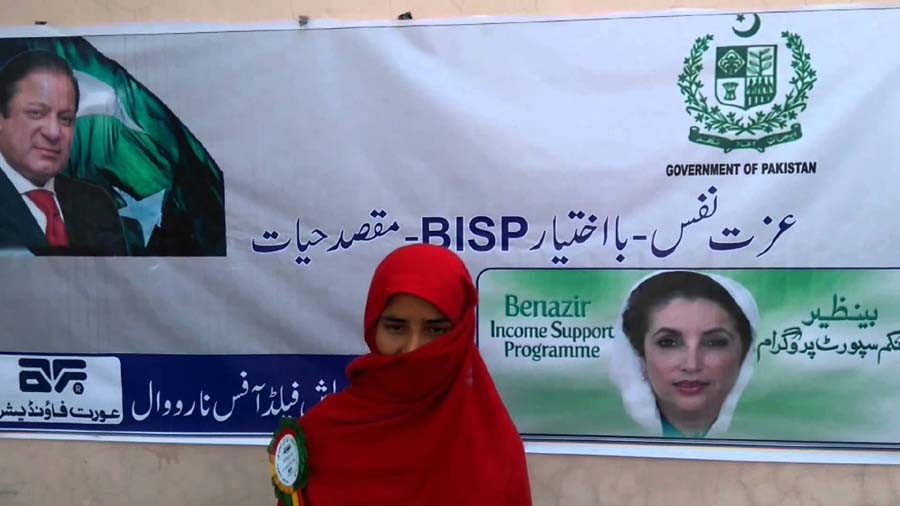 One hopes social protection offered to 5.4 million beneficiaries of the Benazir Income Support programme (BISP) targeted at women would not be affected by the announced cut in the development expenditure. BISP has the annual budget of $1.15 billion. Since launched in 2008, BISP has been called in the literature as a "paradigm shift" in social protection regime of Pakistan. The literature points out that BISP has institutionalised social protection away from narrow patronage politics and closer to provision of service of social protection to the poor of country through a well-designed programme by using objective criterion.

The literature on BISP also informs that independent evaluations of BISP commend it for its targeting of the poor and for its role in facilitating the beneficiary women to prioritise spending on nutrition and food, particularly of their children. There are other complementary initiatives that have used BISP’s Poverty Score Card data as their launching pad such as programmes on primary education (Waseela-e-Taleem), life and health insurance (Waseela-e-Sehat), technical and vocational training (Waseela-e-Rozgar), and micro-finance (Waseela-e-Haq). Other initiatives such as the Prime Minister’s National Health Program and Prime Minister’s Interest Free Loans Scheme also build on the institutional infrastructure created by BISP.

The studies on BISP also state that it has contributed to women’s empowerment and played the role of a bridge in mediating the state’s relationship with them through CNIC registration that also enabled women to cast votes in the elections as a spin-off effect. However, access to CNIC registration and modern mobile technology has also been part of learning curve for women beneficiaries of BISP.

BISP is also a flagship demonstration of targeted social protection programme. In the initial phase, cash transfers were made through the parliamentarians and it was replaced by more objective poverty scorecard (PSC)-based disbursements that used proxy means testing (PMT) through a nation-wide survey. As political economist Asad Sayeed points out that in the context of Pakistan, subsidies to the non-poor through universalism need to be reduced and diverted towards social protection targeted towards the poor. Macro economy will only improve if universal subsidies to the non-poor are curtailed that can facilitate the targeted expenditure on the poor. A large percentage of social assistance expenditure goes to subsidy for the power sector. Half of power subsidy budget benefited the richest 40 per cent of population and the poorest 20 per cent only received 10 per cent of subsidy.

The studies on BISP also state that it has contributed to women’s empowerment and played the role of a bridge in mediating the state’s relationship with them through CNIC registration that also enabled women to cast votes in the elections.

It is important to keep in mind this lesson of targeted social protection, especially since the government is contemplating an increase in power and gas prices. As pointed out above, power subsidy largely benefits the middle class consumption and does not benefit the bottom-most 20 per cent of the population. In contrast, BISP targets the marginalised sections of society much better.

This debate to a certain extent takes us back to the "trickle-down" theory origins. In other words, does the size of pie need to increase substantially before it can meaningfully have a positive impact on the marginalised sections of society? One set of argument made refers to the developing countries not having enough fiscal space to offer effective universal social protection since their economies are not dynamic and large enough to earn enough revenue for the state. States need to earn revenue to be able to meet the costs of effective social protection offered to those who cannot afford it otherwise.