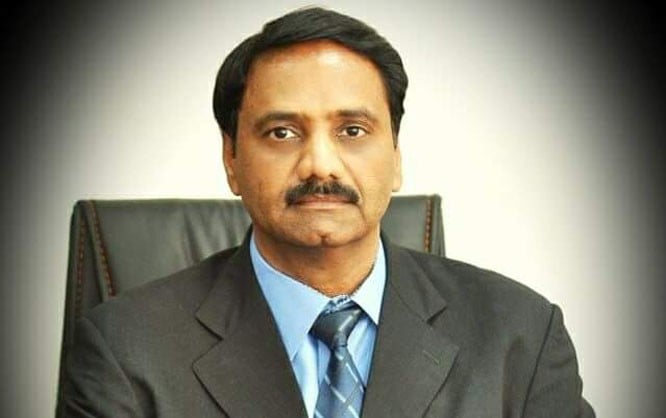 The News on Sunday: What is Article 140A and why are provincial governments so reluctant to devolve power to the local level?

Salman Abid: Article 140A of the Constitution says that all governments are bound to devolve administrative, financial, and political powers from the federal to the provincial and from the provincial to the local governments, maintain the continuity of the elections and devolve powers to elected people from non-elected ones, i e., bureaucracy. Article 32 of the Constitution ensures the participation of marginalised groups, such as women, minorities, peasants and labour in the local government elections. In the same way, Article 10 of the Charter of Democracy signed by Benazir Bhutto and Nawaz Sharif in London, says when governments will come into power they will ensure a strong local government system under Article 140A. They didn’t call it local body but "local government".

So, whosoever talks about policy making on this issue, the benchmark for us is Article 140A and Article 32 of the Constitution. If we are violating these laws that means we are trying to bring in a system that suits the vested interests of the provincial governments, and none of them want to give up power.

Having said that, of the four examples that we have in our provinces, Khyber Pakhtunkhwa had a better local government system in place. In Punjab, they managed to capture all powers of the local government by making various authorities and task forces. The Sindh and Balochistan governments had more or less the same approach.

TNS: How high are the stakes in Punjab which has a majority of PML-N office holders in this third tier right now?

The other option is that the system is left to work as it is and local government elections are held next year. And in the meanwhile, the provincial government exercises all the powers of the local government. So, we can see that the main battle is in Punjab as there is a clash between the PML-N and PTI there.

As things stand, local government’s elected representatives are not happy because, as we know, elections were held in 2015, they took oath a year later in 2016, but were not given any powers. So, these 0.1 million local government representatives, from chairman to councillors at the district, tehsil and village level, will make a lobby and create problems for the Punjab government.

TNS: What improvements can be brought into the system?

SA: Pakistan decided in favour of decentralisation in the shape of the 18th Amendment whereby powers have been devolved from the centre to the provinces and from the provinces to the local governments. Still, our whole governance model is based on a centralised system of governance. The provincial governments have a lot of responsibility in this matter.

TNS: Do you see the status quo changing?

SA: Prime Minister Imran Khan has announced that he will not give development funds to MNAs and MPAs and that the funds will be spent through the local government. If that happens, there is a strong possibility that the local government system will start working. Otherwise, things will remain the same in the presence of parallel authorities and task forces and a powerful bureaucracy. We can see a clash between the elected people and bureaucracy.

During the Musharraf era, the Annual Confidential Reports (ACRs) of District Police Officers (DPOs) and District Coordination Officers (DCOs) were written by the District Nazim. Then chief minister, Shahbaz Sharif reversed that with what we call the commisionerate or DPO system.

Also, there is still only about 15 per cent participation of women while the law says it should be 33 per cent. There should be a mechanism of fair representation of labour as well. It has to be seen if they develop a strong local government system or a strong bureaucracy.

TNS: How do you evaluate the Khyber Pakhtunkhwa local government?

SA: We have a good example of KPK local government. For instance, it allocated 30 per cent of its total development budget to their local government. This is a huge step in the right direction. It would be a very good step, as Prime Minister Imran Khan said, if the same local government system is introduced in Punjab.

But then the problem is that we have district and tehsil level elections on party basis while village council’s elections are conducted on non-party basis. The same is the case in KP. We know that non-party elections strengthen ‘’baradrism’’. Direct election of district nazim should be applauded though. It will end horse-trading.

TNS: How do you look at Sindh, especially Karachi and Hyderabad?

SA: In Sindh, the urban population and rural population see this issue differently. The tug of war for power between the two continues. The PPP doesn’t have a problem with the local government system in the interior Sindh; It has a problem in Karachi though where the MQM gave it a tough time.

It is in this backdrop that Prime Minister Imran Khan has asked the Sindh chief minister recently in a meeting to address these concerns. Bilawal Bhutto has also formed a committee in the chairmanship of Sindh chief minister to look into these issues. We have to see if the Sindh province brings in some amendments into the laws or not. I hope Bilawal Bhutto Zardari’s stern instructions in Sindh will address the concerns of the urban population about local government system.

TNS: How can local governments play a role in improving governance in Balochistan?

SA: Of the four provinces, Balochistan has the weakest local body system. They are still following the Zia’s system of 1979. If we want to address the governance issues in Balochistan the politics of deprivation, the anger of the Baloch, and improve poor social and economic indicators, we have to strengthen the local government there. PTI is a coalition partner in the Balochistan government and it seems the chief minister, Jam Kamal Khan, is fully cooperating with the PTI on this. That may resolve the basic issues of the people of Balochistan.