If the PTI truly wants to empower local government, it needs to clearly delineate administrative responsibilities in Punjab 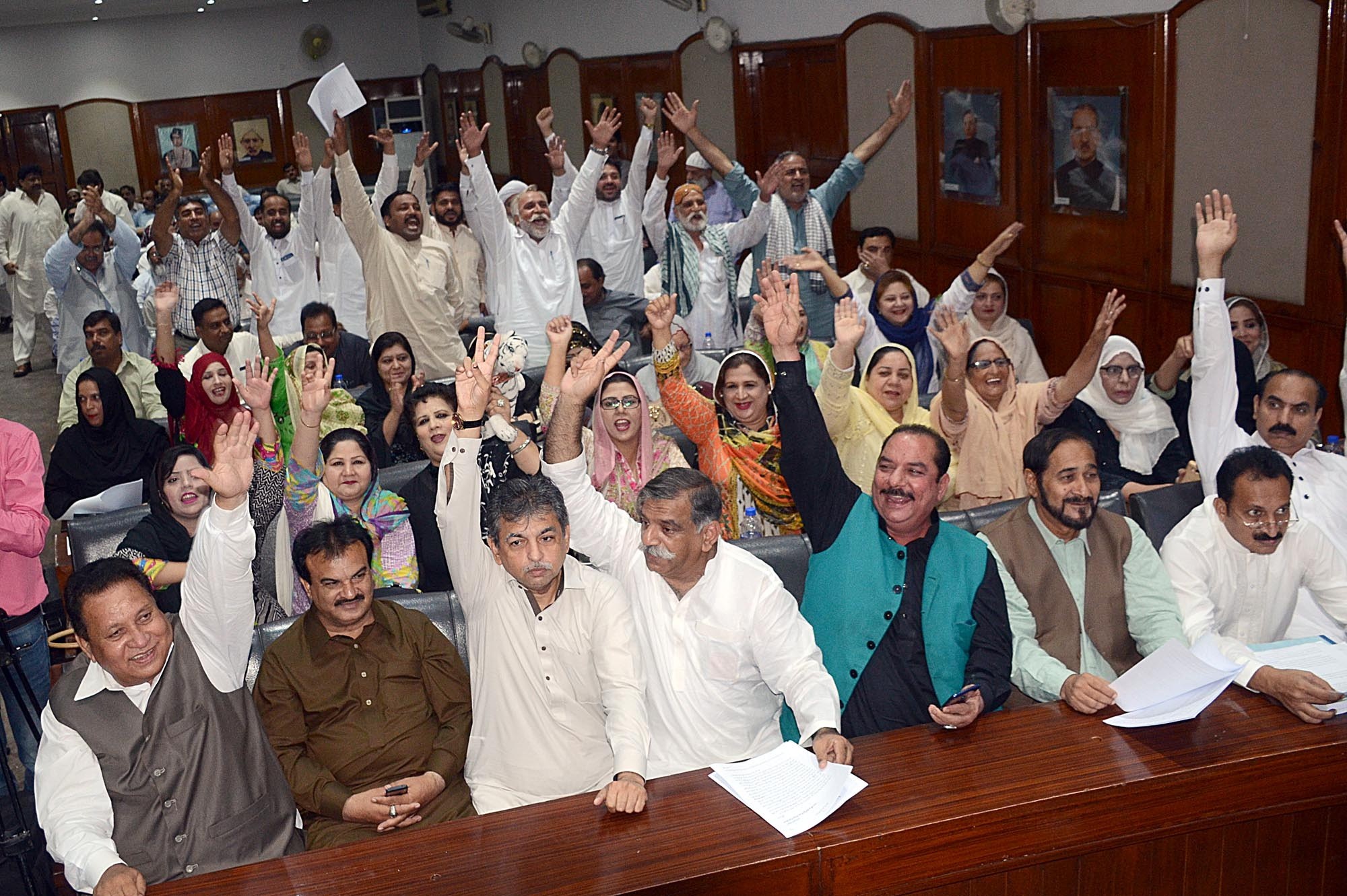 With PTI emerging as the ruling party in 2018 general elections and forming governments in Punjab and KP, it now finds itself in an interesting position where the party has declared its will to empower local governments by bringing in a new local government system in Punjab, one similar to that of KP. The currently elected local bodies all belong to the Pakistan Muslim League-N (PML-N), which makes it difficult for PTI to empower the opposition. With questions being raised in regards to the motivations behind PTI doing so, and how autonomous the local governments will actually become, experts say that PTI cannot bring in a new system unless it opts for a re-election.

"We have formed a committee in Punjab, including 11 mayors and 36 district council chairmen and a few lawyers," says Rana Sanaullah, PML-N leader and member of the National Assembly of Pakistan. "The committee is keeping an eye on PTI. If they declare a re-election, we will take it to court." The former law minister Punjab says when the currently elected local government received votes, they received them to be elected for five years. So while the provincial government can change the system or amend it, as it likes, it cannot break its tenure. "This will be a violation of Article 140A," he adds.

Article 140A of the Constitution, brought in by the 18th Amendment, states that each province shall, by law, establish a local government system and devolve political, administrative and financial responsibility and authority to the elected representatives of the local governments and that the Election Commission of Pakistan shall hold these elections.

The 2001 local government ordinance gave significant powers to the local bodies during General Musharraf’s era. In 2013, when that system was scrapped and the provinces released new acts in Punjab and Sindh, the provincial governments rolled back their powers significantly.

According to Syed Ali Zafar, Advocate Supreme Court and former caretaker Federal Law Minister, the constitution empowers the PTI to establish a local bodies system through the provincial assembly and if they choose to have a re-election, they can do that as well. "They will have to do that by making a new law and under that law they can state that we now dissolve the local government and will have fresh elections," he says.

"There is no constitutional provision that stops them from doing so."

The constitution provides a complete framework for the national and provincial assemblies regarding how they are to come into existence and how they are to finish, so their tenure cannot be changed by creating new laws but such is not the case with local governments.

While PML-N will fail to have a strong case in court, according to Advocate Zafar, "if the provincial governments continue to have the authority to dissolve local bodies, they will always stay subordinate." He adds that a law should be provided to the effect that once elected they would have to complete their tenure.

While the PML-N is strongly opposing the possibilities of a re-election, when it was the ruling party in Punjab, the provincial government retained almost all power and authority.

According to Safiya Aftab, an economic and policy analyst based in Islamabad, the 2001 local government ordinance gave significant powers to the local bodies during General Musharraf’s era. In 2013, when that system was scrapped and the provinces released new acts in Punjab and Sindh, the provincial governments rolled back their powers significantly. "Health and educational which were significant works of the local governments under the 2001 ordinance are now run by District Health Authorities in Punjab, which are unelected bodies."

Analysing the motivations behind PTI bringing in a new local government system, Umair Javed, a political analyst based in Lahore, says it would help PTI in more than one way. "There is an ideational component to it that Imran Khan genuinely believes that local governments need to be instituted and strengthened." But at the time if PTI wants to consolidate its power and strengthen the party in the province, which has been otherwise ruled for 10 years by PML-N, it makes sense for them to dissolve the current system and make gains on the fact that PTI is now the incumbent provincial government, he explains. "So it’s a way of strengthening their government by eliminating the opposition from the seats that they currently hold."

He further adds that if the government was solely interested in empowering local bodies, PTI could have let them finish their term and given them a few more resources, re-institutionalising them from the next term. "But right now because the local government consists only of PML-N, it would be impossible for PTI to give them any more authority or power. They would face a lot of opposition from within the party itself," he says.

PTI has said that the new local government system will be similar to the one in KP, but while the law itself was better in the province in allocating greater authority to local governments, it did run into issues. According to Javed, PTI did want to devolve more financing as administrative powers but they were constrained by not having sufficient bureaucratic capacity. Secondly, the province hasn’t performed well in regards of raising its own revenues, which caused them to remain in a financial crunch. "So even though they promised they would devolve 40 per cent of the Annual Development Plan to the local governments," he says, "I don’t think they were able to make the disbursements in any of the years in the previous term."

"Another thing PTI can do is to make sure that a Provincial Finance Commission becomes a legal obligation of the government," says Javed. "The commission would then make decisions based on both need and population and all other factors that come under any finance commissioner’s jurisdiction, making sure that governments have enough fiscal space and autonomy to perform better."

Read also: "The benchmark is Article 140A and Article 32"

While PTI prepares to shape a new law for the local government system, if it truly wants to empower it, the party needs to clearly delineate the administrative responsibilities of the province. If the law states that health and education, municipal development, water and sanitation, urban planning, solid waste management are all the responsibilities of the local government and not the provincial government, together with an adequate fiscal space, their party would be heading in the right direction. Unless such provisions are added, it would be another attempt at strengthening party roots, as seen before in democratic governments, instead of an effort to make local governments autonomous. And while it brings in a new system, and even if it declares a re-election in Punjab, it is legally free to do so.

Abdul Aleem Khan, Provincial Minister of Punjab for Local Government and Community Development, was reached out to multiple times but did not respond.