About to touch greatness

Currently, Bangladesh have a fine combination of experienced players and talented youngsters 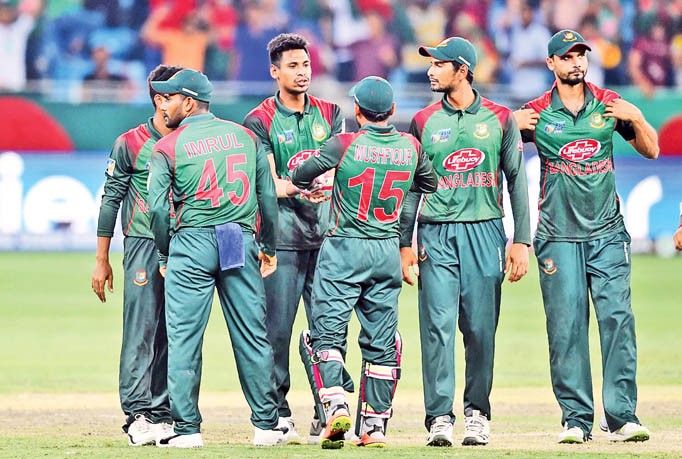 Bangladesh lost the Asia Cup final against India on the last ball of the event. What does it tell the world? That the Bengalis can be expected to win the next year’s World Cup in England.

Yes, India were without the services of Virat Kohli. But the rest of the team was there. There was Dhoni, there was Rohit, there was Dhawan, there was Jadeja, there was Bhuvneshwar. Bangladesh did not have their flamboyant opener Tamim Iqbal. And they did not have Shakib al Hasan.

Bangladesh are no longer the cricket babies. They have got one of the world’s best all-rounders in Shakib. He can be selected in any team, even Australia or South Africa. Among spin-bowling all-rounders, he is the best. Better than Moeen Ali and Ravindra Jadeja.

They have Mushfiqur Rahim, who is among the best wicket-keeper batsmen. His 99 runs knock in the match against Pakistan can be counted among the best efforts by wicketkeeper batsmen. When he came in, Bangladesh were 12 for two. When he got out, they had 197 runs -- he had laid the foundation for the victory.

Mahmudullah, their top run getter in the World Cup 2015, is a much more accomplished batsman now. He once again showed his class when he scored 74 against Afghanistan while batting at No 7. It was his innings that won Bangladesh the match eventually. And who can forget his century against New Zealand in the Champions Trophy last year! Bangladesh were set a target of 266 and they had lost four wickets for just 33. Coming in at No 6, he scored 102 not out, taking his team past the finish line with 16 balls to spare.

For a long time, Bangladesh lacked quality pace bowlers. But now they have Rubel Hossain who can trouble the best of batsmen when he is in rhythm. And he was at his best in the final against India in which he gave away only 26 runs in his 10 overs.

In Mustafizur Rehman, Bangladesh have found a match-winning bowler. In the match against Pakistan, it was his effort with the ball that defended the modest total of 239. He took four wickets, including those of Babar Azam and Sarfraz Ahmed. He also bowled well in the final, taking two for 38 in his 10 overs, including the prized scalp of MS Dhoni.

Their captain Mashrafe Mortaza may not be one of the fastest in the world, but one doesn’t need 100 miles per hour to get wickets in England. He has the ability to swing the ball well and that skill is enough to be successful in England.

In my view, Bangladesh are a side very similar to the Sri Lankans in 1995 -- about to touch greatness. The Sri Lankans had been considered cricket babies for a long time. But in 1995 many of their players who had been in the international arena for quite some time matured as if by magic -- Ranatunga, De Silva, Gurusinha, Jayasuriya, Mahanama, Tillekeratne turned into world beaters. They made a surprising leap and were crowned the world champions within a year.

Bangladesh today have a fine combination of experienced players and talented youngsters. No one should discount them in limited overs cricket. On their day, they can beat any team in the world.

About to touch greatness