Can a Pakistani win the Asian Tour title at home?

Shabbir Iqbal recently won the local leg of the UMA-CNS Open. But can he or any of the other leading national golfers go all the way in next week’s US$300,000 event at KGC? 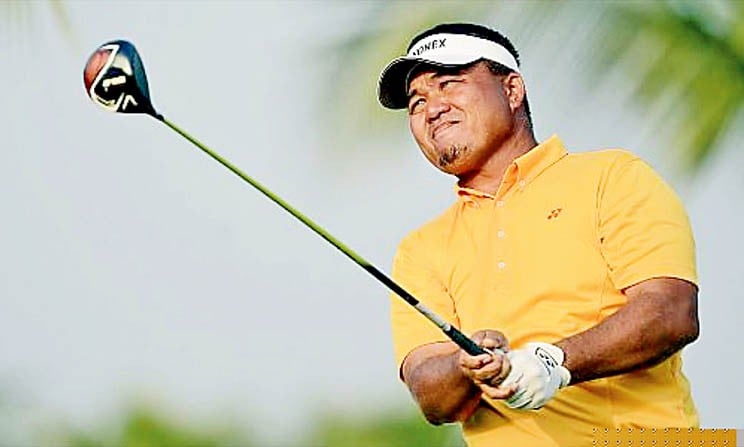 When Pakistan first became part of the Asian golf scene back in 1989, it was Filipino star Frankie Minoza who reigned supreme. Minoza won the Pakistan Open - an Asian ranking event that year -- in style. In the nineties, too, it were foreign stars who won the APGA Tour events at the Karachi Golf Club. The Pakistan Open was also a part of the Asian Tour in 2006 and 2007. The tournament was held at the KGC on both occasions and attracted several leading pros from the region as a part of a three-year deal. England’s Chris Rodgers won the 2007 event ahead of India’s Jeev Milkha Singh and Amandeep Johl. In 2007 Malaysia’s Airil Rizman claimed his maiden Asian Tour title with a two-stroke triumph over Scott Hend of Australia.

Next week, the Asian Tour will return to Pakistan for the first time in 11 years. The US$300,000 UMA-CNS Open to be played from October 11-14 would feature several international professionals from all over the world. They include a handful of players who have won on the Asian Tour. Some of them have also featured on the European Tour.

They would be joined by a host of local challengers spearheaded by Shabbir Iqbal, the reigning Pakistan No. 1. Shabbir won the national leg of the UMA CNS Open on September 30 with a commanding performance that saw him finish with an impressive aggregate of 272 (-16). Shabbir made a series of birdies in the final round as he fired six-under-par 66 to win the event comfortably. But the Islamabad golfer is fully aware that he would need to further raise his game in order to win his first Asian Tour event.

Shabbir’s target is a four-day aggregate of 20-under-268. "The winning total is going to be around that mark," he says. So can he do it? Can he upset the applecart and claim the title?

It would be tough. Shabbir tried twice in back-to-back Asian Tour events in 2006 and 2007 but failed. The silver lining for him was that he was the best among the Pakistani competitors, finishing fourth on both occasions.

Time and again, foreign players have proved that they are head and shoulders above the local title aspirants. Last year, when Lahore hosted an Asian Development Tour event, local players received quite a thrashing at the hands of golfers from abroad.

At the UMA-CNS Open Asian Tour event, too, the foreign players are likely to dominate. Players like Bangladesh’s Siddikur Rahman, India’s Chiragh Kumar, Thailand’s Tirawat Kaewsiribandit and Singapore’s Mardan Mamat have the necessary skills and experience required to give your best under pressure.

But players like Shabbir, Muhammad Munir, Matloob Ahmed, Muhammad Ashfaq and Waheed Baloch should give it their best shot. An Asian Tour triumph would be huge for a local pro’s career. The title would not just come with a big pay day but would also earn them an Asian Tour card for a year. It would also be a shot in the arm for Pakistan golf, which is in a desperate need for local heroes.

Can a Pakistani win the Asian Tour title at home?