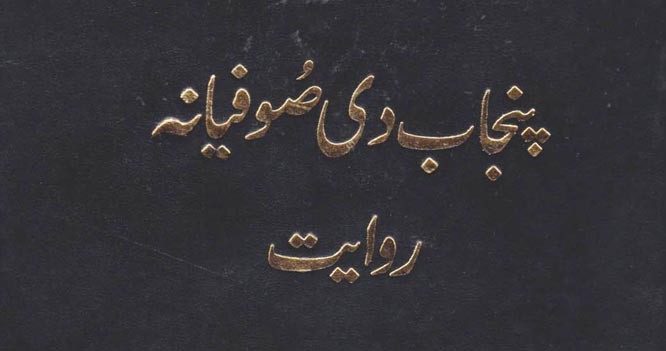 Jogi or Yogi Sufi traditions are as ancient as the history of orality in the Punjab. From momentous monastic Tilla Jogian near Rohtas Fort to the ancient spiritual centre Uch Sharif near Punjnad in South Punjab, you may trace the flight of the land of the fiver rivers’ philosophical & intellectual traditions. In that tradition you can include Bhartari Harat, the Philosopher prince of Tilla Jogian, Data Ganj Bakhsh, Baba Farid Ganj Shakar, Makhdoom Jahaniyan Jahangasht, Baba Nanak, Shah Hussain Lhori also know as Madhulal Hussain, Sultan Bahu, Bulleh Shah, Suleman Taunsvi, Waris Shah, Hazrat Khawaja Shams-ud-din Sialvi, Khwaja Farid, Mian Muhammad Bakhsh and Peer of Golra Shareef. These are a few names but the pertinent question is why have we forgotten that tradition? If it was a colonial agenda than why have South-Asian scholars failed to include it in post-colonial literature? Young scholars should investigate it and for this they have to study it first.

Thanks to the garrison state narrative, our colonial masters largely ignored these old traditions while developing new school systems and re-writing our history, but the most disturbing reality is our own criminal attitude towards these traditions and our own part in disowning them. These intellectual traditions are still absent in textbooks not only in public institutions but also in private schools. We have already paid a heavy price in the form of extremism across Pakistan due to this ignorance.

I remember when I did a review of school textbooks and raised this question in front of many experts. Some said they were anti modernity, others said they were heretics and still others felt they were part of Hindu traditions and a divergence from Islam. I asked them why in spite of continuous rejection from the state since colonial times do people still love & respect them. The answer was similar and like any high church, they easily linked it with illiteracy. In simple words, they said, as people are ignorant and illiterate they revere these figures due to their superstitions. Such over simplifications are actually the poverty of literacy and deeply prevalent in our part of the world.

However, this perception is vanishing gradually because people are compelled to find out-of-the-box solutions against extremism especially in the post-Cold War era. In this context, it is essential to read Qazi Javed, an eminent scholar, columnist, author and currently director of the Institute of Islamic Culture. Born in the walled city of Lahore, Qazi Khana, he has penned many books including Punjab Kay Sufi Danishwar, Sir Syed Say Iqbal Tak, Hindi Muslim Tehzeeb etc., but here I want to introduce his Punjabi book, Punjab Di Sufiana Rawayat that explains 1000 years of the philosophical and intellectual history of the Punjab. A thoroughly researched book with complete references, rare in Urdu or Punjabi, it covers personalities from Data Ganj Baksh (1009-77) to Khwaja Ghulam Farid (1845-1901) and Pir Mehr Ali Shah of Golra Shareef (1859-1937). The book is a rare treatise for students of history, philosophy, sociology & political science.

Although the book has rare references about ancient Jogi traditions, yet when I discussed this with him in my weekly radio show, he took no time to link Qadari, Qalandri and Malamti traditions with our Jogi past.

In the preface, late Asif Khan, an eminent scholar of Punjabi, rightly explains why the writer has an edge on the previous books written on the same topic. "Qazi not only wrote about saints but also linked his thoughts with the circumstances of that era’’. It is always important to know the time and space of a personality. This enables you to understand the depth of his writings. If you need to understand Karl Marx then without reading his polemics you may just drown in dogma.

In just a brief span of 160 pages the writer has successfully introduced 1000 years of our intellectual rainbow. From the book of Data Sahib, Kashful Mahjoob, he reproduces a paragraph in favor of music. You can understand why Punjabis have a special love for Chishti and Qadri traditions. Although it has little introduction of Qarmati and Ismailia traditions yet one can sense the reasons behind the rise of Shurwardya traditions in Uch & Multan against the ruling Ismailia ones. But the most influential intellectual tradition in Muslim Punjab came from the teachings and thoughts of the saint, philosopher and poet Ibn e Arabi (1165-1240) who was born in Spain and was the author of 800 attributed works, over 100 of which survive in manuscript form. His work encompassed both Sunni and Shia identity and thought.

‘It is well known that Ibn e Arabi, from the point of view of his madhhab was a Sunni but it is also known that he wrote a treatise on the twelve Shiite imams who have always been popular among Shiites’, wrote Syed Hossein Nasr, who smartly introduced polemics among saints on various issues including Wahdatul Wajood, Wadhatal Shahud, as well as some no-go areas. He admitted that Wahdatul Wajood’s intellectual traditions were very much prevalent in the Punjab much before Ibn Arabi. It is interesting to know that Fakhruddin Iraqi, who later became the son-in-law of Sheikh Baha-ud-din Zakariya, was the first person who introduced Ibn Arabi in the Punjab, and he visited here by a virtue of a group of Qalandars.

The last chapter is ‘era of defeat’’ that starts from Noor Mohammad Maharvi, born near Chishtian, district Bhawalnagar in village Chotala around 1730. This Kharal saint can be credited for reviving the supremacy of the Chishti order in the Punjab. His original name was Behbal but his murshad called him Noor Muhammad. He studied in Lahore & Delhi.

Although the book has no index but it enriches you with 1000 years of intellectual and philosophical history of the Punjab and for it we are thankful to the writer and the resilient Punjabi Adabi Board which is consistently fighting against the odds by publishing such books.