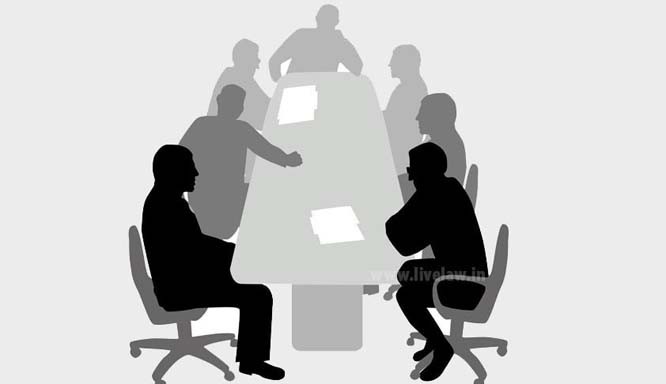 In accordance with Prime Minister Imran Khan’s inaugural address to the nation, the task force on civil service reforms has been established. Broadly, the task force will look into human resource management, training, accountability, and career planning. Dr Ishrat Husain, an economist and former governor State Bank of Pakistan is heading the 19-member task force.

Since various governments have been working on civil service reforms in the past, it will be important to see if the present government has done its home work and how it will go about this challenge.

To start with, a certain section of the bureaucracy has been expressing reservations over what they call the domination of one group in this whole exercise of reforms. Bureaucrats are questioning a task force which reportedly has 13 members from the District Management Group (DMG).

Out of the total of 12 occupational groups in the bureaucratic set-up at both the federal and provincial levels, DMG is considered the most sought after. This group has largely been at the top of administrative affairs and the tussle between this group and the rest seems to be an on-going process.

Dr Pervez Tahir, former Chief Economist, agrees with the view saying that half, if not more, of the reform is about the pervasive role of the DMG. "But it is too well-entrenched to let reform touch its centrality to the system inherited from the Raj. What is required is a shock and awe approach."

Apart from the controversy over the members of the task force, it is pertinent to see what the salient objectives of this task force are and whether it is likely to achieve its goals.

Public policy experts say for reforms to achieve even a semblance of effectiveness and success the task force needs to evolve an integrated approach that covers reform at all levels -- federal, provincial and local.

At the federal level, the challenge before the task force is to build capacity in policy formulation. "The federal bureaucracy must be recruited and trained with the goal that it becomes the champion of harmonising provincial interests with federal interests," says Dr. Saeed Shafqat, Professor and Founding Director, Centre for Public Policy & Governance (CPPG), Forman Christian College, Lahore.

The need is to build the higher bureaucracy’s capacity on two levels, Shafqat believes. The first level should focus on macroeconomics, social sector and infrastructure, while at the second level the stress should be on security, defense and foreign policy. "The focus ought to be officers between BPS 18-20. It is at this level that retaining competent officers in the federal civil service is emerging as a serious challenge."

Shafqat warns that if immediate and appropriate policy measures are not devised to retain officers in this grade bracket we could face a serious dearth of competence in the coming five years and the provinces would be adversely affected.

Pervez Tahir points out that for the PTI government it is not a good start as far as civil service reforms are concerned, "Before introducing lateral entry and discontinuing constitutional protection in 1973, Prime Minister Zulfikar Ali Bhutto showed the door to the most powerful of the lot. Before entering the government, the PTI had created the impression that it would do something similar. Far from it."

Tahir explains his point further, "Prime Minister Imran Khan’s first month in the government witnessed its most capable ministers learning the art of government at the feet of DMG secretaries, including some PML-N faithfuls. The group also managed decisive presence in the Task Force on Civil Service Reform. The expected momentum has been lost."

So what is the task before the task force? Taking appropriate policy measures by carefully re-designing the recruitment process and strengthening the autonomous status of the Federal Public Service Commission (FPSC), says Dr Shafqat. "The second level of reform has to be at the provincial level, where policy formulation and implementation capacity also needs to be redesigned and strengthened," he adds.

But, as things stand, it seems easier said than done. Dr Tahir believes that the DMG group is unlikely to lose its position, "With Ishrat Husain as the spearhead, reform is expected to focus on further strengthening the DMG. Not exactly a governance expert, he has been a syndicated admirer of the DMG-managed government of Punjab under Shahbaz Sharif and a member of the "depoliticised" Musharraf regime."

In this backdrop, is the task force clear on the issues before it? "Clarity will be achieved by compulsory reading of the report of the National Commission for Government Reforms set up by General Musharraf," believes Dr Tahir.

Experts agree that at the provincial level the functioning of the bureaucracy has been most adversely affected, "It is affected by recruitment through patronage, posting transfers and lack of accountability," says Shafqat. At this level, there is need to revamp the Provincial Public Service Commission (PPSC), so that recruitment both at the officer and subordinate level is merit-based, transparent and competitive, he suggests.

The responsibility-sharing mechanisms between the provincial and local government must be redesigned constitutionally, politically, administratively and fiscally, experts argue. "The 18th Amendment provides a clear direction on these matters. In the existing arrangements of governance, we need to review the recruitment, conduct and training of 1-16 grade public officials, with particular focus on 7-16 grades," says Shafqat.

Dr Tahir is skeptical though, "What the task force is unlikely to do is respect provincial autonomy by putting an end to centralised services." The only good that might come out would be, according to him, some local level changes in administration, "something that all pseudo political governments are known to have pursued. Civitablishment will continue to play second fiddle to militablishment."

Still, the need is to adopt a bottoms-up approach to introduce reform at the grass root level so that the ordinary citizen is able to see the benefits of reform. "Simultaneously, a top-down approach, synthesising the two approaches would be a tough challenge for the task force but that is the challenge it must accept and show resolve to redesign The Civil Services of Pakistan to The Public Servants of Pakistan," says Shafqat.