The best politicians are those who speak with people, not at them 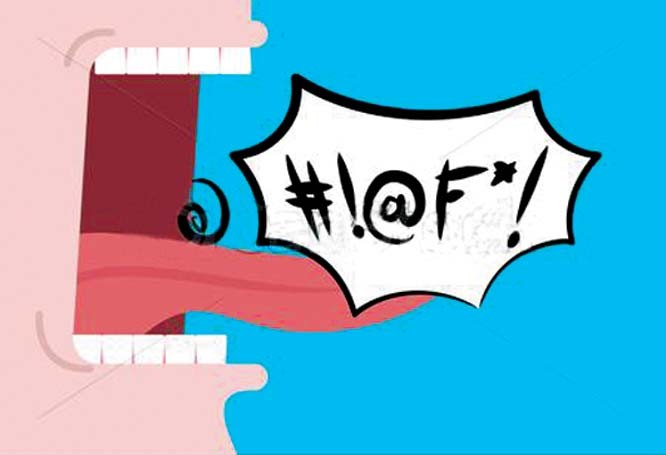 Pakistan’s politics has rarely been less than angry, especially when the periods of fighting the Establishment give way to democratic interregnums wherein the political parties shift targets and start fighting each other. Bartering allegations of ineptitude, corruption and poor governance has always been the bedrock of communication amongst the various political parties and factions throughout Pakistani history. But a malady seems to be permeating the political discourse now that is fouling the very quality of the narrative of the body politic -- once considered high culture but now being rendered lowbrow.

A verbal duel last week between the treasury benches -- epitomised through the less-than-gentlemanly diction of Federal Information and Broadcasting Minister Fawad Chaudhry and the opposition ranks exhibited by the ever-ready employment of the gutter street creed by Senator Mushahidullah Khan -- demonstrated the plunging quality of parliamentary discourse in a space (the federal legislature) that is supposed to be of such high quality that it is considered a lexicon in its own right, ‘parliamentary language’. Anything less and it is rightly derided as ‘unparliamentary language’.

Why are representative spokespersons of key Pakistani political parties today stooping to the common denominator as a means of channelling their frustrations and division of opinion rather than assuming the high moral ground through the best practices of the art of intelligent conversation? After all, of all people, as representatives of their parties and millions of voters, they should know that they are not merely expressing personal opinions and talking to their political opponents but actually speaking on behalf of democracy itself.

Nobody is perfect but even accounting for their occasional failures some Pakistani politicians set such high bars on the quality of their speech that the remaining politicians are doomed to be judged on their merits. And this quality was not ‘purchased’ across a shop shelf or an institution of educational excellence but cuts across all cultures, class and creed, proving that the art of conversation is not necessarily compromised by one’s background.

From the past, Zulfikar Ali Bhutto, Nawabzada Nasrullah Khan, Benazir Bhutto and Sheikh Mujibur Rahman could be simply mesmerising in their combination of folksy wisdom and high intellect at their talkative best. Other recent politicians who at their best could be downright brilliant in their intellect quotient, both in a political jalsa or parliament, have included Aitzaz Ahsan, Nawaz Sharif, Mahmood Achakzai and Bilawal Bhutto. None of them have needed to employ invectives or fall back on xenophobia, misogyny or resort to cheap pot shots to convey their anger, frustration or impatience. In fact, some, like Benazir, could be breathtakingly brilliant the angrier she got.

There are two categories of spokespersons whose language betrays their approach to public pluralisms, official positions and personal views. The first are chiefs of political parties. The best spoken among these have been -- for their often-high intellect, patient conversation, absence of name-calling and cat-calling and often ready-wit and intelligent humour. They have included Zulfikar Ali Bhutto and Benazir Bhutto but also, often Nawaz Sharif, Asif Zardari and more frequently now Bilawal Bhutto. At his best Chaudhry Shujaat Hussain and Fazlur Rehman also fell in this bracket. Other leaders, including Mahmood Achakzai, Hasil Bizenjo and Asfandyar Wali demonstrate the same qualities except for wit -- while they never use lowly language and are great conversationalists and speakers in jalsas and parliament, they often come across as forever angry and unhappy.

It is also interesting that most of Pakistan’s best speakers happen to be, according to anecdotes, party chiefs who in their in-house party meetings address their colleagues with a more respectful ‘aap’ instead of a derisive or unflattering ‘tum’ or ‘tuu’. Of the above leaders, only Imran uses ‘tum’ or ‘tuu’ with his colleagues in his party meetings -- none of the others do. The art of intelligent conversation begins with respect for others and shuns the narcissist ‘me’ for an inclusive ‘us’.

The worst speakers and conversationalists, who are heads of their parties, are Imran Khan and Sheikh Rashid. Their default conversation template is to use sweeping generalisations, wild accusations and often crude language (‘donkeys’, ‘dakus’, etc.) and they tend to talk more about themselves than the world. The two can also be credited with fathering the fall in the quality of political conversation in recent years -- certainly, with only a few exceptions, the rank and file of PTI knows no other diction of political discourse than the one employed by Imran Khan after his 2011 Lahore jalsa.

Imran Khan is also forever angry, rarely smiles, and is perhaps the only chief of a party who uses invectives against voters of other parties instead of only against his politician foes.

The second category of spokespersons is those who have served in the past or currently serve as official party spokespersons or spokespersons of their party chiefs. These, in recent years, have included such soft-spoken but highly intelligent and articulate speakers as Farhatullah Babar of PPP, Pervaiz Rashid of PML-N and Iftikhar Hussain of ANP and the more awami but equally intelligent and super-articulate Qamar Zaman Qaira, Saeed Ghani and Maula Bakhsh Chandio of PPP, Maryam Aurangzeb of PML-N and Zahid Khan of ANP. At their worst, the often-crude and most crass spokespersons have been Fawad Chaudhry, Naeemul Haq and Fayyaz Chohan of PTI (Akbar Babar and Shafqat Mehmood from PTI were decent as spokespersons) and Mushahidullah Khan, Abid Sher Ali, and Talal Chaudhry of PML-N.

Anger and conflict themselves are not bad things. A pluralist polity like Pakistan’s, in fact, necessitate it. It’s the articulation of one’s anger and how one’s departure of opinion against that of one’s political foes is packaged into an official position that determines the quality of discourse.

Democracy thrives on clash of ideas. Political conflicts theoretically bring issues to a space where solutions can be found and negotiated. Employing invectives, hurling fire and brimstone and making unproven accusations is the wrong way to go about promoting a meaningful conversation.

In a pluralist democratic milieu like Pakistan, the quality of conversation needs to improve. Rhetoric may be the art of ruling people’s minds, as Plato mused, but the best politicians who when clear their throats and open their mouths, are those who speak with people, not at them. And those who seek to engage, not to patronise or antagonise. Being small-minded and being a democrat don’t go together. So, mind your language, please -- we’re all democrats here!