When the current complex rules are gone, people will enjoy watching cricket much more than they currently do 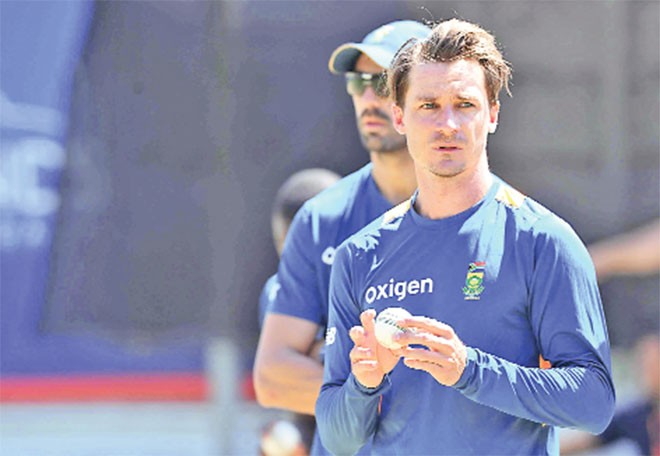 Within the ambit of the current rules, a large number of beautiful, artistic deliveries by pacers as well as spinners fail to get the batsmen out although the batters are completely clueless. Watch any cricket match and you will see a number of brilliant deliveries deceiving the batsmen, but failing to get wickets just because they were pitched outside the line of leg stump or because they hit the batsmen outside the line of off stump.

South African paceman Dale Steyn has rightly said that the Australian ball-tampering scandal could be viewed as a "cry for help" because the balance between bat and ball in cricket has become so skewed in favour of the batsmen.

Steyn, one of the most prolific wicket-takers of his generation, said the incident exposed the need for cricket to change to prevent the loss of the art of reverse swing bowling.

"There’s so much in favour of batsmen these days. Fields are small, two new balls, powerplays, bats have got bigger than they used to be, the list can go on.

"You bowl a ‘no ball’ and it’s a free hit. But I have never seen a rule change that favours the bowler," he said.

Steyn said the desperation to get the ball to swing was forcing cricketers to flirt with regulations. "I grew up watching (Wasim) Akram, I grew up watching Waqar (Younis) and all these geniuses run in and reverse swing the ball.

"And you just don’t see it today. What inspiration will other fast bowlers have if they don’t have anybody to inspire them to become fast bowlers? You might as well put a bowling machine there and everyone try and become a batter.

"I don’t want a new ball when I am bowling in the subcontinent. I want an old ball that can’t get hit out of the ground. I want a ball that when I bowl doesn’t have true bounce, so that the batsman can’t hit it."

The International Cricket Council in 2011 introduced an extra new ball in one-day games, a move which many believe has made the already batsman-friendly 50-over format even more difficult for the bowlers.

India batting great Sachin Tendulkar, among others, recently called for a return to the use of one new ball from each end in order to revive the moribund art of reverse swing in the format.

Some people have also suggested adding a fourth stump. But the most helpful change for the bowlers could be eliminating the rule that a batsman is not out if the ball hits him outside the line of off stump even if it seems to be hitting the stumps.

Even more helpful for the bowlers could be doing away with the rule that a batsman cannot be given out lbw if the ball has been pitched outside the leg stump.

Some people argue that these would be drastic changes and that they would lead to a number of low-scoring games.

On the other hand, the lbw rule changes would only counteract the fielding restrictions of limited overs cricket which force bowlers to bowl only at a few spots of the pitch and as a consequence they get hit a lot.

Moreover, changes to the lbw regime would simplify the work of the on-field umpires a lot and there would be fewer controversial decisions. These changes would also save a lot of time of the spectators as well as of the TV viewers who get fed up by the number of replays required to make a correct lbw decision.

The umpires would only have to decide whether the ball was going to hit the stumps. When the current complex rules are gone, people will enjoy watching cricket much more than they currently do.