When literature is an anarchy 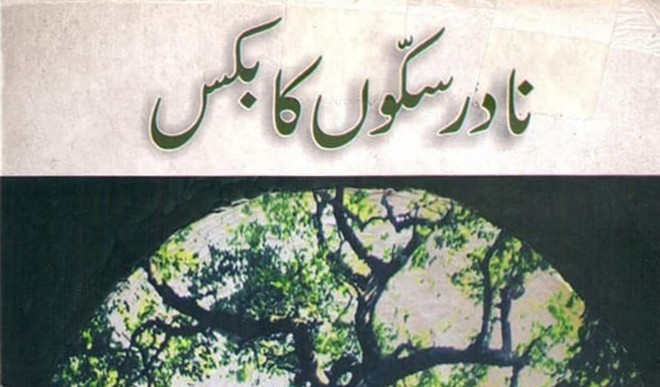 In a world always pregnant with innumerable possibilities, writing fiction can be very easy or very difficult, depending largely on how a writer can convincingly present his vision and inject a tonal intensity into his language. Literature is an anarchy. It does not value the democracy which politicians swear by. It has its own indiscipline and covert rules which follow no definitions and from this chaotic and desultory vivacity, it creates individuals, situations and landscapes which defy logic.

These interludes which lead from chaos to creative incidents do happen in literature now and again. One writer who appears to have attained a target of disorderly clarity is Siddiq Alam. He is not a stylist. In his stories he does not strive for a prose marked by refinement. He has formulated, through his narratives, a sense of existence which does not look at life, as if it were indices of good and evil, but is becalmed in its own indefinitude.

It seems hard to label his fiction. It is a sort of realism turned inside out, stunned almost by a sullen dignity, the characters often consumed by a sad, defeated rage. There are others in modern Urdu fiction who have tried to depict a similar angst-ridden world and succeeded or failed to a certain extent. However, there is a stead-fastness in Siddiq Alam which amazes and disturbs at the same time.

He lives in Calcutta, a very big and overcrowded city. The ancient Greeks used to say: the bigger a book the more troublesome it is. Big cities turn into festering sores. And mega metropolises are nastiness compounded beyond measure. Not all his stories are centred in a big city but, even in smaller towns and out of the way places, the feel of impalpable evil and displacement is not absent. As a matter of fact, ‘Dhak bun’, a story about a woman belonging to an aboriginal tribe, with its hallucinatory content, where it is difficult to draw a line between the living and the dead and the sharp contrast dividing the tedious city life from the accommodating homeliness of the wild, is masterly in its distinctive moods.

If his stories seem to be studies in disorientation, it would be futile to have recourse to psychoanalysis. It will be a waste of time. Freud himself said: "Unfortunately analysis has to lay down its arms before the problem of the creative writer." Therefore, instead of analysing Siddiq Alam’s fiction, a task which may not be particularly rewarding and, in any case, not one I am competent enough to attempt, it will be more to the point to enter and walk through it like an accidental tourist.

There is some affinity here with Naiyer Masud, an Urdu writer of fiction who has become quite famous. Both skilfully depict surroundings which are real and illusory simultaneously and deal with characters who appear lost or inexplicably uncertain about what they may have misconstrued or are looking for with a peculiar lack of enthusiasm. Occasionally, dread replaces enthusiasm. Stylistically and thematically they are each other’s obverse. In Naiyer’s fiction, old certainties of life are charged with submerged or derelict meanings and reality is nearly an illusion. In Siddiq Alam, new facets of existence constantly discard or put on makeshift meanings and it is illusion which threatens to become real. Only the readers, if they are careful can unravel, for themselves, the implicit equivocations.

Some of Siddiq’s stories are transparent enough. Although the ending in ‘Lamp Jalaney Waley’ and ‘Nul ki Piyas’ augurs well for the future as the narrator each time finds himself mystifyingly dissatisfied. Perhaps for most of us every change, whether big or small, is a cause for distress. ‘Raat kis Qadar hey Daraaz’, the story of an unrequited love, comes to a tragic close and in the end the narrator, trying to put on a smile, remarks: "Is there anything on earth to feel pensive about?" Perhaps a final gesture of forgiveness or of finally giving in.

There are some other stories worthy of note. ‘Janvar’ is harrowing in the extreme. In ‘Saat pullon Wala Shehr’ the narrator, a young man, is persuaded to go on a journey to a noisome backwater where one of his relatives has, supposedly, made him the recipient of his estate in his will. As is usual in Siddiq’s fiction, such travelling is no more than a sorry-go-round and leaves the not quite willing traveller completely nonplussed. ‘Forceps’ is the story of an obsessed person in which the author himself plays a part and is seen by the narrator as an unwelcome intruder. In another story two old men in their dotage bet on outliving each other.

Finally, a few words about two of his stories which are surely seminal in a way that others are not. ‘Darwaza’ is remarkable as it depicts a descent into a crazy underworld and there is an expiation or deliverance that in turn furthers the gloom and despair. We see a down-and-out young man enter a huge, underground printing press and is taken on as an employee. It doesn’t take him long to discover that the whole setup is a sham and the machines print nothing but blackened pages. What is worse, the only way out of the aimless, noisy inferno has been blocked or lost. The young man ultimately finds the exit, there is a lifting of gloom and the trash which has accumulated in the press is jettisoned but the end is just as bleak as the beginning -- our predicament epitomised. Racy, appalling and convincing.

‘Parasite’ is even more pertinent. A man who lives with his family in an apartment on the fifth floor of a building comes to know one day that a plant which has grown up outside has spread its roots inwards, posing a threat to the wall. Coming in from the outside and threatening. Subtle infiltration. All his attempts to weed it out fail. Meanwhile, he becomes a sympathiser of a radical party which believes that a rot has set in. It must be checked or the country’s stability will be jeopardised. He wants to meet the party leader who is known as "the panther" and is told: "The panther is inside you and if he is not there it is no use meeting him". And one morning when he gets up, much to the dismay of his wife and daughters, he finds himself transformed into an ugly person, with disheveled hair and a warty look, with thousands of thread like roots sprouting from his face. The horror has come home. 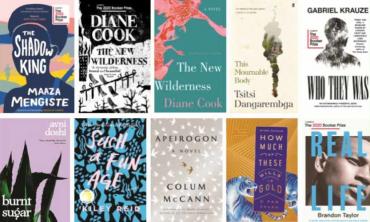