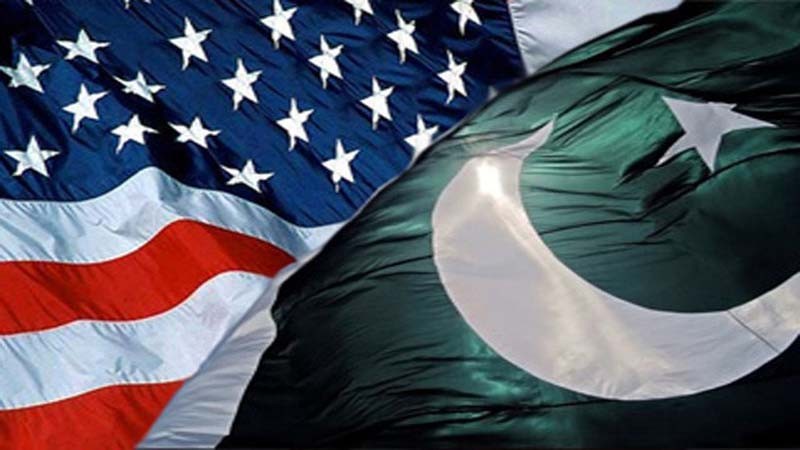 "Domestic policy," President John F. Kennedy often said, "can only defeat us; foreign policy can kill us." Believing that miscalculations had been the route to wars [read:conflicts] several times, he spearheaded certain changes in the US foreign policy.

Today Kennedy’s words not only ring true but fit Pakistan to a T.

Pakistan’s new PTI government touted ‘changes’ in the country’s domestic and foreign policies, but since coming into power the cabal has continued with the older order.

In his customary theatrical manner, thumping the table, Foreign Minister Shah Mahmood Qureshi claimed the foreign policy would be designed and steered by the Foreign Office. So far, his government has only hit imbroglios when dealing with matters relating to foreign affairs.

Surely the experienced minister understands that in this day and age foreign policies are, if not intertwined then, directly linked to domestic policies. Both strata also firmly rely on economic frameworks, giving the country and its citizens all the freedom to be part of the larger world network rather than dipping into isolation and frustration.

Simply put, if government functionaries fail to produce enough evidence to prosecute an internationally declared terrorist, and based on the lack of such commitment the courts let the accused operate freely, the impression of the country worldwide would be disastrous. Like earlier this month, the Supreme Court of Pakistan allowed Hafiz Saeed and his banned organisations to continue to operate.

Trump administration officials had a measured response, giving the government a warning for now: "We recognise that this was a judicial ruling and does not represent the policy of the government. That said, the United States is deeply concerned that this development will jeopardise Pakistan’s ability to meet its commitments under UN Security Council Resolution 1267 to freeze and prevent the raising and moving of funds belonging to or associated with UN-designated terrorist groups."

The Department of State further urged that "this development underscores the importance of Pakistan urgently enacting legislation that formally proscribes Jamaat ud-Dawa (JuD) and Falah-e Insaniyat Foundation (FIF), as the Pakistani government indicated it planned to by way of follow-up to its presidential ordinance on February 9, 2018."

Similarly, if the government does not fully implement anti-money laundering policies and is found guilty of ‘strategic deficiencies’, then international watchdogs like the Financial Action Task Force (FATF) can threaten the country to face serious regulations, affecting its global standing and credibility in every way possible. Same goes for the National Action Plan.

The PTI government is also trying to pretend it can do without US-backed international financial institutions; presumably with the help of other traditional partners. For that matter, in the last sixty years, Pakistan has sought help from such institutions at least 21 times. Clearly, the country has had a long history of dependence on the US.

"While the fund may have helped maintain a semblance of macroeconomic stability, the IMF’s involvement, along with the World Bank and others, has surely not helped Pakistan break out of a low-growth trap," says Mark Sobel, former deputy assistant secretary for international monetary and financial policy at the US Treasury from 2000 to 2014 and subsequently US representative at the IMF through early 2018.

In his thoughtful article titled ‘Pakistan, the United States, and the IMF’, for the Center for Strategic and International Studies, Sobel points out that: "For decades, Pakistan’s real per capita income growth has lagged many peers. Budget deficits are frequently large. Revenue as a share of GDP is low due to widespread tax evasion; a failure to tax the well off, including in the agricultural sector; and fiscal federalism woes. Much spending goes to defense, squeezing resources for more productive uses, such as education and investment. The rupee is often overvalued, causing balance of payments strains and reserves to sink, in turn frequently necessitating a rush to the IMF. The economy is highly vulnerable to shifts in global oil prices. Power outages and arrears to the energy sector are frequent. Privatization has made insufficient headway."

Do also consider that in 2008 the PPP government approached the IMF for a bailout package. The PML-N government did the same in 2013. This support was separate from other bilateral assistance that the country availed from the US. These aid programmes were considered successful but the country still owes almost 6 billion dollars in repayments to the Fund.

Since bilateral relations are increasingly sliding down, and the Trump administration has already suspended significant financial assistance, the government should not expect any favours from the US in pursuing the IMF to show leniency.

"Make no mistake. We will be watching what the IMF does," the Secretary of State Mike Pompeo said two months ago. "There’s no rationale for IMF tax dollars, and associated with that American dollars that are part of the IMF funding, for those to go to bail out Chinese bondholders or China itself."

The Khan government, just like the governments before it, has reached out to China and Saudi Arabia to help confront the economic turmoil; but it might have to eventually come knocking the IMF door, with its tongue in cheek, for a larger aid package to survive the crunch. This time the IMF might have strict standardised terms and conditions than it had offered in the past.

The Trump administration says that it wants to "reset the relationship" but for that it has also put forward conditions that Pakistan must comply with, including talking to the Taliban and helping the US bring peace to Afghanistan.

Shah Mahmood Qureshi has acknowledged the relationship is "fractured", but the onus to sustain and renew ties is more on his government. It could start the process by leaving the popular, wild rhetoric behind: such as describing the mere hand-shake with President Trump in New York at a UN General Assembly reception as an ‘informal meeting’. The US government once again corrected his fictive narrative. "It was a handshake at a luncheon with other world leaders," a US National Security Council spokesperson told media outlets.

Even if other miscalculations and conundrums relating to foreign affairs could be ignored, like the telephonic contact with the French president, an indiscreet public bashing of the Indian prime minister, and repeatedly drawing misleading conclusions of the American Secretary of State’s firm messaging, Pakistan is already in a tight spot.

The Pakistani government must first fix and then merge the country’s internal and external policies by coming to terms with the new ground realities of world affairs. These are daunting challenges that need to be addressed before the rest of the world call the steps in that direction too little too late.