The most commonly distributed are haleem with naan, or bhandara khichra and kheer 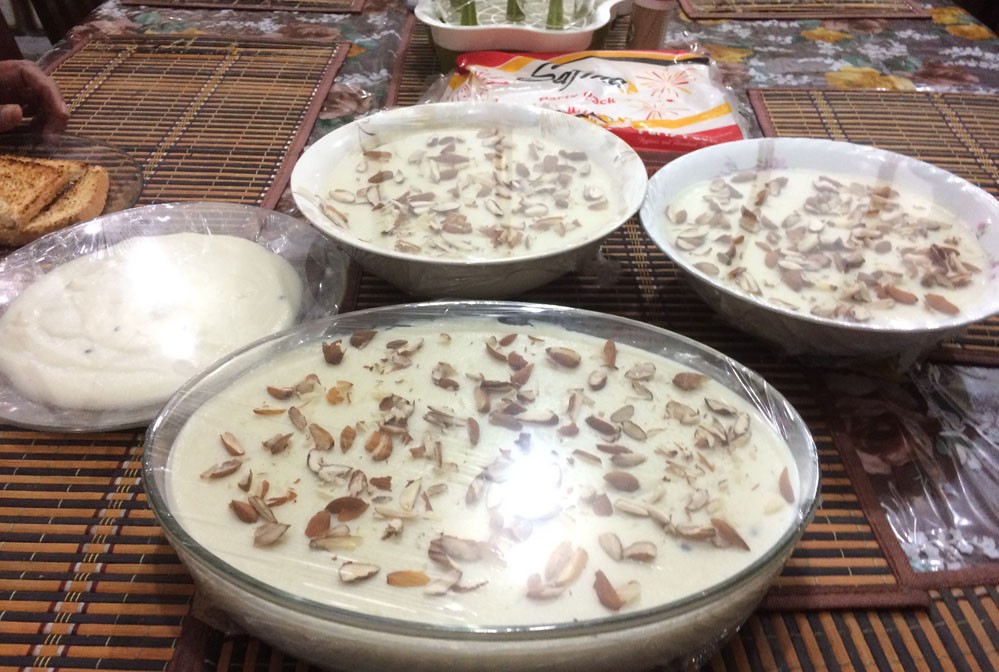 It was 5:30 in the morning of 6th Moharram. Ali Abbas left for Sabzi Mandi to buy some 300 kilograms of spinach and other vegetables. For the past many years, he has been carrying out this routine started by his ancestors.

The preparation is for ‘Moharram Niaz’ (or charity), and it is for the 7th of Moharram. However, the raw material (120 kgs of meat and rice etc) is procured about a day in advance mainly because the food takes around 12 hours to cook. This particular niaz shall make somewhere between 3,000 to 4,000 servings of palak gosht and biryani at the Jafriya Imambargah, inside Old Mozang’s Wheat Market.

"Majlis and niaz have a history of over two centuries; it is to pay a humble tribute to the family of the Prophet (SAWW) and Imam Hussan (AS) who was starved off food and water before he laid down his life in the way of God like no one else in the history of the religion," he said.

The word "niaz" has Persian roots, and it literally equates with the "obligation to serve." Its functional meaning is the food that is offered to the faithful mourners during the month of Moharram-ul-Haram, mostly post-majlis (congregation). The tradition has been going on for centuries, and its earliest formal history can be traced back to the 1300s during the life and times of Tamerlane.

The most commonly distributed niaz is haleem with naan, or "bhandara," as it is called in Muharram. Hundreds of cauldrons of bhandara are cooked at a time and distributed all day long, especially in areas identified as the Old Lahore that include the Walled City, Krishan Nagar, Old Mozang etc.

Khichra is another traditional niaz dish which was a signature offering of Kashmiris residing inside the Walled City. It is a dish in which pulses, meat, and rice are cooked together. This particular niaz has, however, become rare over time.

Qorma (chicken curry) and bread are also served as niaz at various majlis and jaloos. However, the most commonly distributed are the rice varieties. These include chicken rice (biryani and taari), chana pulao etc.

On the 10th of Muharram, the Ahl-e-Tashaiyuh observe a day of partial fasting called the "Faaqah." The largest simultaneous distribution of niaz is, therefore, distributed at the time of breaking this fast after the Zohr prayers.

While mostly the Ahl-e-Tashaiyuh  are seen as distributing niaz, this perception is not entirely correct. Barelvi Muslims also arrange large niaz offerings during the month of Ramzan at certain points, especially at the shrines of Hazrat Data Ganj Bakhsh, Hazrat Pir Makki, and Bibi Paak Daman.

The interfaith taboos, associated with the sectarian misinformation regarding the niaz have disappeared considerably over time due to the sources of information via internet. This too has given rise to the tradition of niaz, and boosted its popularity with each passing year.