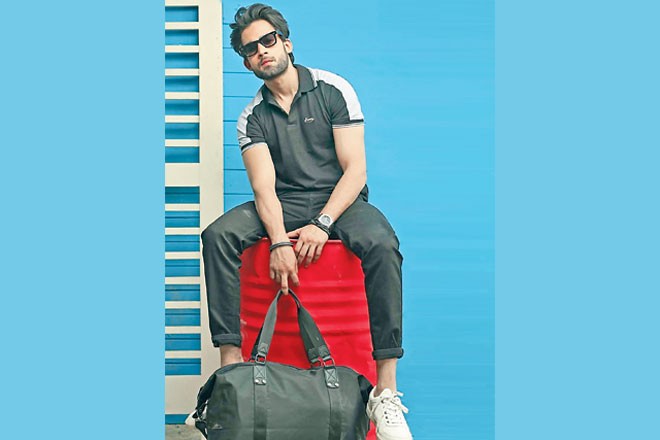 Actor Bilal Abbas Khan, in a short span of time, has surely made a mark with his acting skills and boyish charm. He has some remarkable performances to his credit, including his TV debut Dumpukht in 2016, Rasm e Duniya and O Rangreza followed by drama serial Qurban alongside Iqra Aziz. He also made his big screen debut with Rafay Rashdi’s Thora Jee Le (2017), that didn’t do too well at the box office.

While Bilal essayed the humble and sweet character, Qasim, in O Rangreza, and got rave reviews for his performance, currently the actor can be seen in a serious role in

Balaah that features actors Samina Peerzada, Sajid Hasan and Ushna Shah among others.

Here Bilal shares some facts from his

Age: It is just a number

Crazy fact # 1: I once spent an entire week in my room without going out and only kept on watching films

An actor you look up to?

Love is all about honesty, trust and respect

The most embarrassing thing in your closet

Action figures from when I was young

You are passionate about

The work that I am doing

Weirdest thing you have heard about yourself?

That I am married and have two kids

What scares you the most?

I have height phobia and I am scared of flying