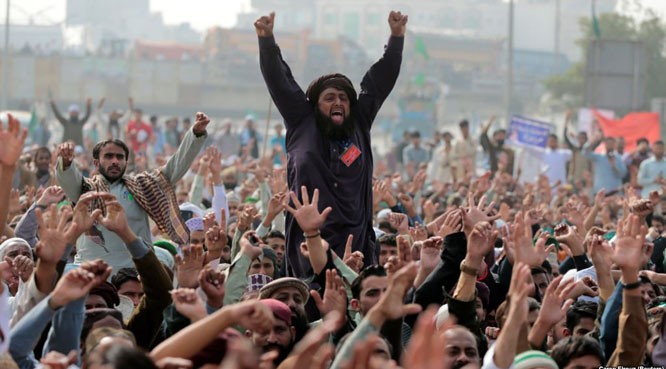 Several commentators have tried to make sense of the expulsion of Atif Mian from the government’s Economic Advisory Council for being an Ahmadi. Critics worried if all the PTI policies would now privilege faith over professional merit while others shared personal testimonies on what it means to be Ahmadi in Pakistan. The most disingenuous analysis however, has been Sher Ali Tareen’s attempt to blame political secularism for discrimination against religious minorities (Published on these pages last week under the title Beyond religious bigotry and secular freedom). Below, the political and philosophical fallacies in Tareen’s argument are discussed.

Firstly, the reason for Atif Mian’s expulsion was not, as Tareen suggests, "his identification with the Ahmadiya community" (it’s not a football fan club or an ethnicity) - but the fact that he is an Ahmadi. Atif Mian’s unapologetic claim of his faith reflects his personal conviction. It is a prerogative that he is free to hold in America where his religious or ethnic minority status has not denied him professional success or due respect.

Second and inexplicably, Tareen praises the PTI government’s original inclusion of Atif Mian in the EAC as an example of Islamic "hospitality", no less! Asking this world-renowned expert to volunteer to help Pakistan solve its economic crisis was apparently, extreme generosity on our part and not a rational choice nor secular necessity.

Despite acknowledging the PTI’s "inability to handle pressure" from the religious lobbies, Tareen absolves them and instead makes the liberal compulsions of the modern state liable for the government’s surrender. But the decision to expel Mian was on the direct advice of the ulema and a populist concern to not offend religious ‘sensitivities’. By no measure is the PTI a secular party but it may be said that the rational or neutral decision to select members was motivated by a secular impulse while Atif Mian’s subsequent removal was a conscious faith-based decision.

Third, Tareen’s suggestion that the expulsion of the Princeton economist will injure the moral and electoral standing of Imran Khan and the PTI government is baffling. A week before the expulsion, the PTI government had formally lodged a protest with the Dutch against the blasphemous cartoon competition and claimed moral victory over its eventual cancellation. The expulsion of Atif Mian was just an extension of the same reasoning, that is, privileging the injured sentiments of Pakistan’s majoritarian Sunnis.

Why would Tareen think that the PTI’s siding with the aggrieved majority would undermine the moral standing of the party rather than benefit it? Moreover, how in the world would it cause "electoral injury" to the PTI when Imran Khan canvassed the elections in favour of the Khatam-e-Nabuwwat issue and, the neophyte Labaik Party garnered massive votes with its single-point, anti-Ahmadi agenda?

Repeatedly and ironically, it is the critical thinking secularists who are scolded by postsecularists for not debating the virtues and creating binaries by criticising religious politics.

Is there a sense of betrayal to be detected here in Tareen’s own (liberal?) hopes that the PTI has lost moral ground because it chose to uphold the majoritarian religious sentiments at the expense of the persecuted minority? Whose morality has the PTI offended except that of the ‘liberal’ Muslims?

Political slippages aside, Tareen’s philosophical analysis is even more problematic.

Like other post 9/11 postsecularists, Tareen is anxious about "mullah bashing" in Pakistan. In his view, religious bigotry is not the cause of "violence (physical or otherwise) against religious minorities and exacerbate[d] majority/minority tensions" but instead, it is the "irresolvable contradictions of political secularism" that are responsible.

Farzana Shaikh questions the "humpty-dumpty definition of secularism" when reviewing Humeira Iqtidar’s thesis which argues that the Jamaatud Dawa and Jamaat-e-Islami are the true secularists of Pakistan. Using the same reverse logic, Tareen considers the agents of religious discrimination and hate for Ahmadis to be the liberals/secularism and not the defamed mullahs/Islamisation.

Tareen argues against some "universal feature of political secularism" - as if all societies experience secularism in a coherent and linear manner - and as if Islamic history, traditions and treatment of minorities have been inherently cohesive but also, heterogeneous, adaptive and perfect. In such analyses, secularism is permanently tainted but religious canon is only flawed by worldly exegesis and political misuse under modernity.

Tareen argues that the state cannot be neutral because it creates the divisions between majority and minorities. He blames the modern liberal nation-state for religious inequalities and ignores the rights-based contributions of the anti-slavery, socialist and feminist movements. The implication is that pre-modern religious doctrine is singular in its commitment to the equality of genders, classes and minorities. However, to qualify for protective status, as Tareen’s respected ulema will confirm, minorities must agree to be dhimmis and not full and equal citizen. This qualifies as the same "necessary exclusionary calculus" that Tareen says only applies to liberal governance.

Based on the works of Habermas, Taylor, Casanova, Asad and others, postsecular theory runs on the premise that secularism is not the opposite or antidote to religion. Ironically, Pakistani secularists for decades have been arguing the same when Islamists accuse them of being la-deen. Binaries are not constructed by one side only. The flippant suggestion that Pakistan is some secular state that "regulates and manages religion in accordance to liberal political governance" collapses when we consider how difficult it is to locate this "governance" since every law, policy and behaviour is scrutinised, resisted and penalised for perceived lack of compliance with the spirit and letter of Islam.

Commentators like Tareen are invested in debunking the term ‘fundamentalism’ but then resort to using references like, "liberal fundamentalists", making it a tiresome contradiction not worth further discussion.

Tareen’s core diagnosis is that Atif Mian’s fate was not sealed due to "religious zealousness and the absence of secular virtue but precisely the opposite, the centrality of a secular political rationality that exacerbates and intensifies majority/minority tensions and violence." However, no party involved in the Atif Mian affair denies the success of the religious zealots in influencing the government’s decision to appease the sentiments of the majority. There was no referendum on this matter - only a ‘democratic’ consensus triggered by the memory of the 2017 occupation of Faizabad in Islamabad by Khadim Rizvi and which translated overnight into a full-fledged political party, the TLP.

The decision to resist the Labaik movement last year earned the PML-N government much electoral damage, a law minister who had to resign and an assassination attempt on the planning minister. Maybe this does not qualify as "zealous" in Tareen’s vocabulary but regardless, resisting the Khatam-e-Nabuwwat or blasphemy law lobbies is not just some form of ‘liberal governance’ - it is deadly business.

Repeatedly and ironically, it is the critical thinking secularists who are scolded by postsecularists for not debating the virtues and creating binaries by criticising religious politics. But if there’s one thing that Pakistani liberals are guilty of, it is their incessant debating and dithering and not taking clear secular stands. It is arguments such as Tareen’s that foreclose the scope of debate by ignoring the many examples of secular resistance and by insisting that all answers must be framed around religion and represented by the competitive ‘ulema’.

Postsecularists like Tareen do not see or value the low-brow every day influential circuits of debate and contestations found in popular culture, mainstream media and at council levels across Pakistan. Postsecular scholars purposefully dismiss the attempts by human rights activists in Pakistan to negotiate with faith-based politics. They refuse to acknowledge that there is no risk-free space or neutral site for any critical questioning of religious issues.

An honest assessment would mean first accepting the Punjab-centricity of the Khatam-e-Nabuwwat and blasphemy issues. It is also critical to recognise that the attacks on Ahmadi neighbourhoods, authorised desecration of Rabwa graveyards, and attempts by zealous judges to brand Ahmadis with identifiable names cannot be simply dismissed as politically motivated because they are driven and justified by religious inspiration. Only then can we realise that with successful waves of Islamisation, a more indigenised problem has developed and is staring at us squarely. For these reasons, postsecular analysis remains a diasporic academic indulgence rather than a responsible and meaningful scrutiny.

The News on Sunday welcomes more articles on this debate 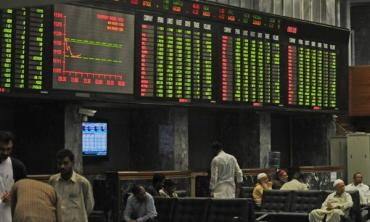 No respite for the stock market 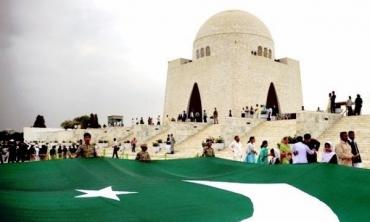 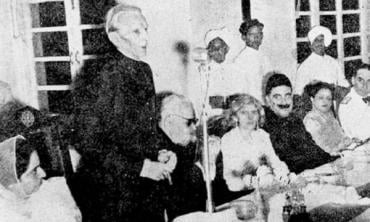