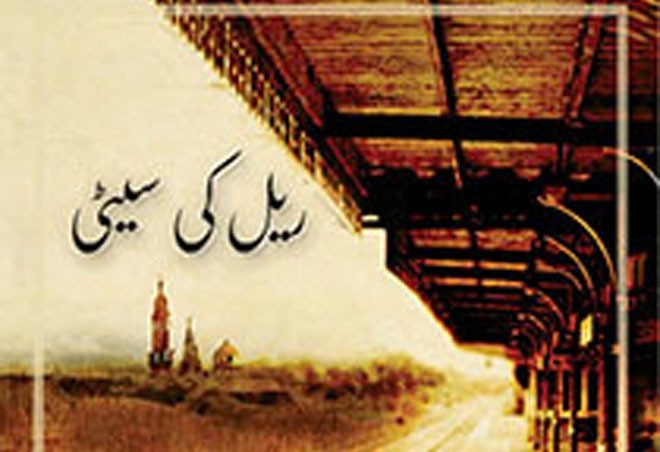 To a child a journey by train is an exciting experience. For me, at least, it was pure delight. I can’t vouch for the new generation. They possibly see it in a different light.

As soon as I boarded a train I rushed to a window and would cling to it like a limpet. Nothing could persuade me to move from my seat. The journey probably lasted five or six hours and took place in daylight. I don’t think I would have found it thrilling if it was a journey at night. There would have been so little to see.

Now that I think back on it there was very little to see, even in daylight. As a great deal of northern Indian consists of alluvial plains, the landscape tends to be monotonous. But to travel, seated comfortably beside a window, was an experience to be relished. The horizon always seemed to be crowded with trees -- no more than an illusion. I thought that the railway tracks on either side were lined with forests. The rhythm of the train was like music to my ears. The happy illusions of childhood. And now some of the scientists think that reality itself is an illusion.

Fazl ur Rahman Qazi has written Roodad Rail Ki, a readable account of his service in the railway. His father also was a railway employee. So, in a way, it was an inherited way of earning a living. In his short bibliography, I noted five other books in Urdu about the railways, all of them published within the last twenty years. Are we finally waking up to the fact that what we inherit is worth recording?

Qazi has tried to turn his book into an exhaustive source of information about the working of the Pakistan railways. Luckily the book, for the most part, is episodic. He has a sense of humour. The narrative is full of laughable asides and funny characters. But it almost stutters to a halt where he takes up administrative details and procedural methods.

The British brought railway to India, though not for any particularly altruistic reason. One of the fears haunting the British government in the 19th century was the growing power of Russia, and the possibility that it may one day invade India. The railway network was extended to the NWFP and Balochistan as a precautionary measure. The British had no idea of how rich Balochistan was in minerals. Otherwise, they might have stripped it of most of its wealth by 1947. They could also have retained it as a colony even afterwards.

It is curious to learn that in the beginning the railway carriages had no toilets and the passengers had to get off the train at railway stations to relieve themselves. In 1909, one of the passengers found himself stranded when the train left without waiting for him. He wrote a very interesting complaint. The letter is worth quoting in full but one sentence will do: "This too much bad, if passenger go to make dung that damn guard not wait train five minutes for him."

Curiouser still is the fact that no toilets were provided for the engine drivers, a situation remedied only in May 2016 in India. According to Qazi sahib, nothing has been done so far in this connection in Pakistan. Just imagine!

The best part of the book is his account as a child of a long journey from Quetta to a place called Chheentawala, an ancestral home, in the state of Patiala. Qazi sahib possesses a nearly photographic memory and vividly conveys the excitement he felt during the journey. He is supposed to be writing his autobiography now and if his keen observations and sense of humour stay the course, the book should be a winner.

Not all is pleasant here. He does not mince his words when he lays bare the corruption rampant in the railways. The fact that the Muslims control the whole setup has made matters worse. We seem to revel in dishonesty. The entire structure is old and shaky and likely to fall apart. The losses are mounting; there is a lack of funds and also of will. It is not a reassuring picture. He tries to show us some bright aspects but fails to convince. The book carries a number of photos. It is rather surprising to learn that the railways museum is located at Golra Shareef. The reason why the place was chosen is not clear. Nevertheless, the point
to note is that the museum attracts a lot of visitors.

Rail ki seeti by Muhammad Hasan Meraj is a completely different book, mirroring realities with which Qazi sahib has no truck, something entirely of an offbeat tenor. Meraj is a carefree drifter, possessed by an endless wanderlust. He begins his travels from Rawalpindi and ends up in Uch Shareef, meandering from place to place, as the railways take him, from old cities or new or to strange medleys of old and new, to small, semi-abandoned, obscure places, always in homely contact with semi-legendary, quasi-mythical retreats, looking at spots which should be noted, looking up to people who are repositories of local lore.

I don’t understand why people go abroad to write travelogues when Pakistan itself, a big enough country, has so much to offer, simply a wonderful place to get lost in, abounding in known and unknown histories, quick with ancient mysteries. But who is going to control or curb the vandals among us?

You get a strong sense of all this from Meraj’s book which is not artfully planned and has no aesthetic or stylistic goals. He just moves around, amazed at the feelings each location can convey. The diction is easygoing, verging on the lyrical and the aphoristic.

Almost everywhere he runs into the traumas inflicted by the partition. Punjab, like all places, has experienced many tragedies but the happenings in 1947 are like leaves out of a bloodied book. No one was punished for these crimes against humanity. Partition was inevitable. The riots were not.

There are a few errors here and there. Meraj says that Alexander died while on his way to Babylon. In fact he died in Babylon, probably of malarial fever. And Qazi sahib shows Ghalib attending a royal durbar in 1886.