After the latest round of talks, Pakistani officials see the Indian decision to allow inspection of dams across the border as a forward movement 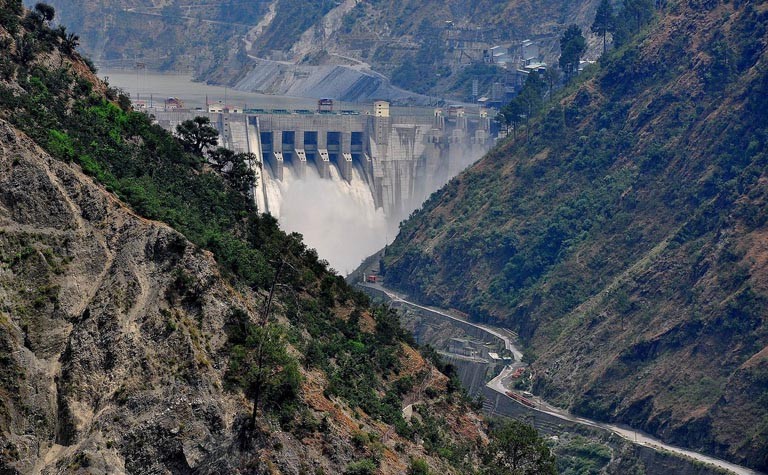 Two major developments have taken place in the latest round of talks related to Indus Water Treaty (IWT) between Pakistan and India in Lahore in the last week of August.

Second, India has agreed to allow Pakistani experts to visit the facilities they are constructing or have already constructed on Chenab on their side of the border. Pakistani side will now visit the two sites -- Pakul Dul Dam and Lower Kalnai Hydropower project -- in the last week of September, following which there would be another round of talks between the water experts of two countries in New Delhi in coming October.

"Pakistani policymakers are concerned that India is not only fast building dams on the western rivers, it is simultaneously engaged in activities aimed at stopping Pakistan from building storage dams on these rivers by controlling the supply of water by filling water in its dams in clear violation of the IWT," reads an issue brief published by Institute of Strategic Studies Islamabad.

Pakistan, a single basin country, relies heavily on the Indus Basin water to meet its domestic, agricultural and industrial needs. Indian projects on the rivers allocated to Pakistan, including the Wullar Barrage, Baglihar and Kishanganga dams in Indian Occupied Kashmir (IOK), have rung alarm bells in Pakistan. Pakistan’s apprehensions arise out of increasing water scarcity in Pakistan as it is dependent on fresh water supply from the western rivers. Moreover, being a lower riparian country makes it more vulnerable in the face of increasing number of water projects in Jammu and Kashmir by India.

The Indians have now agreed to share data with Pakistani experts about the activities on these facilitates on Western rivers related to water storages and its usage and release. Previously, "India didn’t share the data how much water they released and how much was diverted and how much used other purposes," said Mian Ahmed Naeem Salik, water expert and Research Fellow at Institute of Strategic Studies Islamabad (ISSI). "In such a situation it was not possible for Pakistan to analyse the situation accurately. Now Pakistanis will inspect the dams and Indians will share data, allowing Pakistan to argue its case more forcefully on the basis of facts before neutral experts of the World Bank."

Salik told TNS that in case of Kishanganga and Baglihar Dams, Indians did share the design of the dam, but only after the completion of construction at the site, which meant that no one could force any change into the design of the dams even if there were any objections in the light of the principles laid down in the Indus Water Treaty (IWT). "When the designs were presented to Pakistan after completion of the construction, neither Pakistanis nor international experts could have done anything with regards to the design," said Salik.

Ironically, India’s consistent position in bilateral expert level talks on Indus Water Treaty (IWT) was that Baglihar and Kishanganga didn’t have any water storage facilities as they were run-of-the-river projects whose construction on Jhelum River was aimed at producing electricity only.

However, Salik said, "both Kishanganga and Baglihar Dams have storage facilities and they can stop the flow of water into Pakistan whenever they wish to."

Besides, Pakistan has other complaints. "India constructed Kishanganga on Jhelum upstream Pakistan has its own project which goes by the name of Neelum-Jhelum project downstream on Jhelum River. If they have constructed a dam, it will reduce the flow of water into Pakistan and affect our own project."

This problem is complicated by the fact that Indians have not been sharing the water data with Pakistani experts during the past two decades.

Pakistani officials see the Indian decision to allow inspection of the dams as a forward movement in the latest round of talks between the two countries. However, officials privy to the content of talks in the Lahore round say that Indians rejected the Pakistani objections to the construction of permanent water storage facility on ChenabRiver. "The talks and Pakistani objections could hardly alter political decision in India to go ahead with the water storage facility at Chenab River," said a Pakistani official on condition of anonymity.

Pakal Dul Dam has been an issue of contention between Pakistan and India for the past several years. This would be the first announced water storage facility on WesternRiver on the Indian side of the border.

In the latest round of talks in Lahore, the Pakistani team raised objection to the construction of storage facility at Pakal Dul Dam on Chenab and Hydropower project at Lower Kalnai on the Indian side of the border.

"Both these facilities are being constructed in violation of provision of Indus Water Treaty (IWT) as they will be obstacles in the way of flow of water into Pakistani side of the border," said another Pakistani official who participated in the talks.

Pakistani experts see the New Delhi round of talks as significant, as in these talks the Indian position would become clearer, especially after Pakistani experts’ visit and raise technical objections to the designs of the dams and hydro projects being constructed on the Western Rivers.

Unofficially, Pakistani sides has told the Pakistani media that their objections to water storage facility and hydropower project on River Chenab have been rejected by the Indian side. Therefore, the question is what possible good the Pakistani experts’ visit to these sites will produce?

Salik opined that, after visiting these sites, Pakistan could present its case before the international neutral experts more forcefully, who have already twice rejected the Pakistani position.