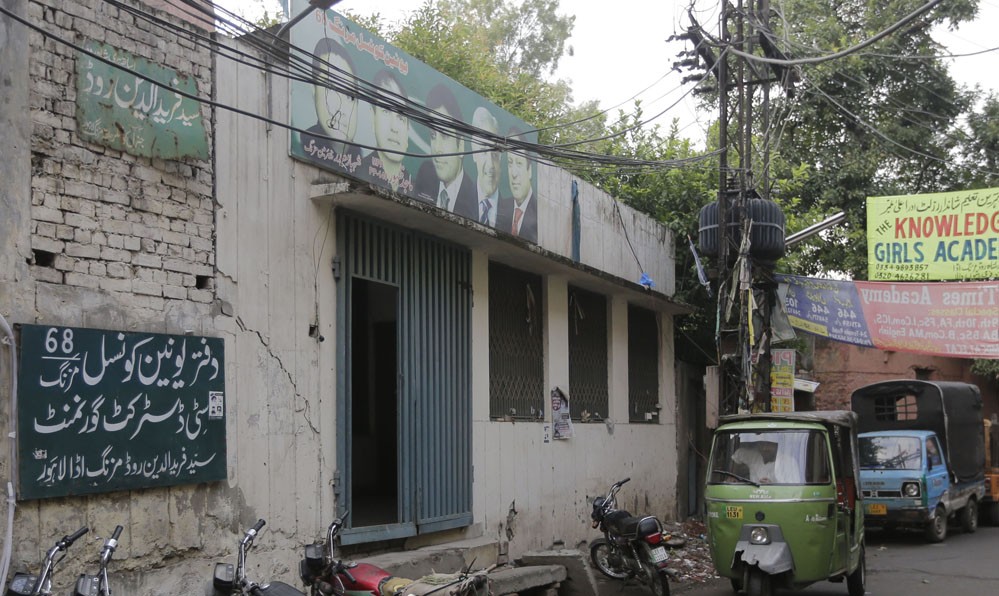 During the Eid ul Azha holidays last month, the citizens of Lahore were disturbed by the sight and smell of offal and other animal waste lying about in streets, with no sanitary workers in sight. The local government (LG) representatives, mostly belonging to the PML-N, were also clueless; they were making phone calls to the concerned officials and workers but the response they got was far from satisfactory. Despite assurances, the sanitary workers would take a long time to surface, and even when they did, they lacked the required resources and workforce to clean up the place.

The citizens who had voted for their local LG representatives in the elections wanted them to deliver like they did in the previous few years, but this did not happen. It seemed the district bureaucracy and the Lahore Waste Management Company (LWMC) had intentionally kept them out of any consultations and decided not to engage them in the operations during eid.

Mayor Lahore, Col (retd) Mubashir Javed Malik appeared on TV screens and declared that the city had been orphaned. He also blamed the new political setup for creating obstructions. Soon after, the deputy commissioner retorted that the local government representatives obstructed the work of the LWMC only so as to give the impression that the previous government was far more efficient.

This is just one example of the negative impact of the tussle between the PML-N-dominated local governments and those led by the PTI in the province. With every passing day, the role of LG representatives is getting reduced, and the employees of the police department, LESCO, WASA etc are hardly paying heed to them. Prior to general elections, these departments though not directly under the command of LG representatives would be ready to take orders from them round the clock.

In this situation, the citizens have no clue as to who to contact in times of need. So the question that what will be the utility and role of the local governments becomes quite relevant. The announcement by the PTI government to bring new and fully empowered LG system and its hinting at holding new elections soon have piqued people’s interest in what lies ahead. While the resolve to empower them has been welcomed, many have got reservations on the plan of the government to dissolve the LGs and hold fresh elections.

Vice President, Insaaf Youth Wing, Central Punjab, Jahangir Humayun says these changes are necessary as the existing LG system is toothless and cannot gel with the revolutionary agenda of the PTI government to empower local governments in the light of Article 140 A of the constitution.

"The PTI government will give development funds to the LGs instead of parliamentarians and, therefore, wants competent people to head them."

If we refer to the statements made by the Local Government & Community Development Minister, Abdul Aleem Khan, we find that in the new local government system there will be direct elections of mayors and deputy mayors. This means the eligible voters from all over the city shall vote for their mayor and deputy mayor, the way it happens in London, Birmingham, and many cities in the Scandinavian countries.

Taking away funds from parliamentarians and giving them to the LG representatives is something unheard-of in Pakistan, as this has hardly ever happened even in the regimes of democratic governments.

A disgruntled Union Council (UC) chairman of the PML-N shares on condition of anonymity that the PTI people have approached him and are seeking support in the event of a no-confidence motion against the mayors etc. "In case they want to dissolve the present LGs they will not need us," he says, adding that they have been strictly ordered to thwart such moves and remain loyal to their party.

When asked about the utility of the LGs in their current shape, the UC chairman says that even though they lacked powers and financial resources they were available round the clock to public service. "The people would approach us when they wanted to get services in hospitals, or electricity, or water supply companies, waste management companies, NADRA etc. The PTI government can bring its own system and let the sitting LGs finish their term next year, but this does not seem likely."

Salman Abid, an established analyst on LG systems, thinks the PTI may go for dissolution of LGs in Punjab because these do not have constitutional protection which is a big loophole. This, he thinks, is "because all of the 36 districts in Punjab have mayors belonging to the PML-N, and the PTI shall not want them to gain popularity by using development funds."

According to Abid, though there is still space for improvement, the LG system in KPK is better in comparison. For example, "there are village councils in KPK, 30 per cent development budget is spent through the LGs, alternate dispute resolution systems are in place, there are no companies and authorities to encroach on the mandate of the LGs, and their representatives have a role in matters related to health and education."

He suggests that the system should be replicated in Punjab after making the required changes as well as taking all stakeholders including the opposition parties on board.

"Granting powers without accountability corrupts people and, therefore, I propose a system that has proper checks and balances to ensure transparency."