This is only the beginning: Shahzaib Trunkwala

Leisure Leagues Pakistan (LLP), which brought several international footballers including Brazilian star Ronaldinho and Welsh Ryan Giggs last year, has now paved the way for a Pakistani football team to feature in the inaugural edition of ISF Socca World Cup and people behind the enterprise say that more is yet to come 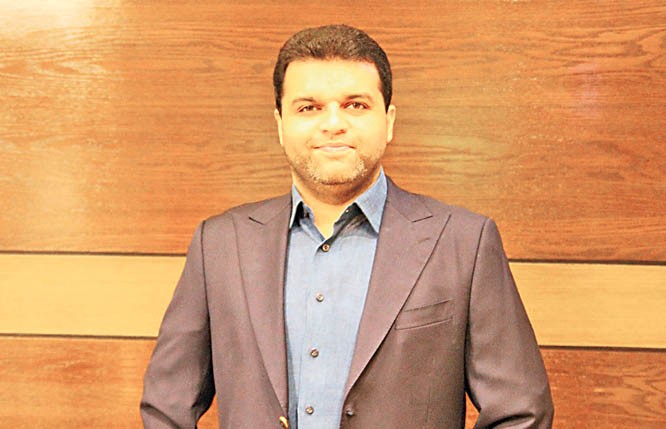 "We believe that sending a Pakistan team abroad to compete in Socca World Cup will portray a positive image of Pakistan in the world. We will continue to send teams representing Pakistan abroad and will also be hosting international players and clubs in Pakistan in the future as well," says Shahzaib Mehmood Trunkwala.

Trunkwala is the President of World Group, the business house that owns LLP. He has been active behind LLP activities in Pakistan and has also been appointed as International Socca Federation (ISF) Vice President during the inaugural ISF meeting held in Birmingham, UK earlier in February this year participants coming in from 52 countries.

However, he refrained from revealing details of upcoming events after Socca World Cup that will include Pakistan’s participation in events abroad and Pakistan hosting several well-known foreign players and clubs as well.

"We will announce things when the time is right," Trunkwala said.

"There’s no doubt that Socca World Cup is a very big event for us and we have prepared well for this event. But we are also looking beyond this event too. Absolutely we are here to stay and organise more events," Trunkwala said.

Pakistan will be featuring in the inaugural Six-a-Side mini-football World Cup, which begins in Lisbon, Portugal from September 23. Pakistan has been placed in Group ‘B’ with Russia, Spain and Moldova in the 32-team event. Curtains will fall on the mega event on September 23.

LLP has also appointed Pakistan’s renowned football coach Tariq Lutfi to coach Pakistan socca team that will be competing in the upcoming World Cup. Lutfi is considered as the best football coach in Pakistan. Lutfi has coached both men and women’s national teams in the past. He has also coached departmental teams and is currently coaching SSGC at the moment.

LLP has spread a network for small-sided football in the country and provided platform for persons who want to play football even in remote areas of the country.

Leisure Leagues added another four players to the squad - one player each from other three semi-finalist teams and one player from Pakistan team that featured in Street Child World Cup.

"We are happy to see immense interest of footballers in the league and we are very happy to have taken this initiative. There’s great talent among our youth and we want to polish that as much as we can and hope that we contribute for the progress of football in the country," Trunkwala said.

"We are receiving several requests from interested players and teams, who want to joins us and play small-sided football. We will certainly be expanding our activities more after seeing such response from players," he said.

Lahore ICAW skipper Afaq Ahmed has praised LLP and said that the services Leisure Leagues rendering to football in the country has been exceptional.

"What else one can do for football than to send a team from Pakistan to World Cup tournament. We have never been in a football World Cup. Although it’s not the main football World Cup but to us it will be of much bigger importance since Pakistan will be there. We are hoping that the nation would be supporting us to claim the world title for the country," he added.

Coach Tariq Lutfi has also recently praised LLP for their efforts to serve football in the country.

"Trunkwala Group spread a brilliant network for small-sided football in the country. It also promised to bring international football idols to Pakistan, which was nothing less than a dream for Pakistan football fans. Last year they brought big names of the football world like Ronaldinho and Ryan Giggs who also played a couple of matches here. It had been a great inspiration youngsters and persons who play football," said.

He added that now participating in the Socca World Cup would also be a ‘dream come true’ for players and an inspiration for other young footballers as well.

This is only the beginning: Shahzaib Trunkwala