Austerity measures can lead to recession, unemployment and decrease in State revenues if not accompanied by efforts to boost exports 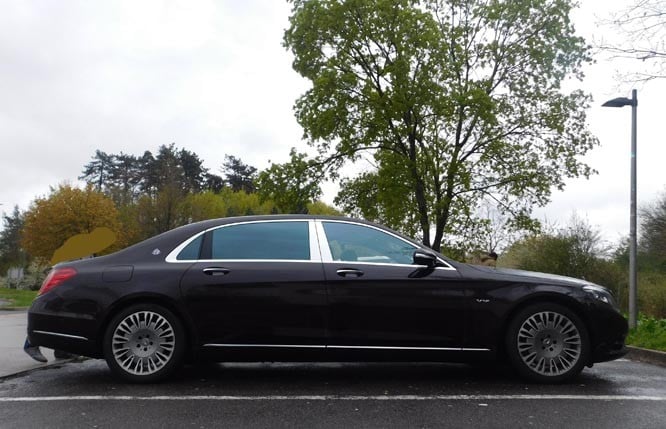 Till 1960, Pakistan was considered a role-model among the developing countries. During those times, Pakistan used its own resources for setting up industries that did not attract private investment. When those ventures became profitable, the government privatised them, using this technique as a tool for speedier industrial development.

Both the leaders and bureaucracy of the pre-1960 period comprised highly committed and dedicated persons, who believed in ‘simple living and high thinking’. They considered state funds to be a public trust and drew upon these only in unavoidable cases.

To cite an example, a few months after General Ayub Khan took over as President, a group of agency sleuths happened to visit the President’s House in Rawalpindi. The officers were astonished to note that the bed being used by the tall and well-built president was a little short for his body and that a stool was placed towards the leg side of the bed to make up for the deficiency. When one of the officers proposed the replacement of the bed, the president did not endorse it. Apparently, the austerity-conscious president felt quite at ease with the arrangement.

After the country’s Independence, austerity remained the norm for well over a decade. The bureaucrats emulated the good precedents set by their leaders, in particular Pakistan’s first Governor-General and the nation’s founding father, Quaid-i-Azam Mohammad Ali Jinnah. After falling critically ill, Jinnah went to Ziarat, where he was lodged at the Residency. The food prepared by the Residency’s cook was not up to the Quaid’s taste. However, a few days later, the Quaid noticed some improvement in the food served to him. On enquiry, the Quaid was informed that the food had been prepared by a cook called from Punjab. The Quaid wanted to know the expenses incurred on arranging the new cook and immediately paid the total amount from his personal account, saying that it was not the responsibility of the state to provide the Governor-General a cook of his choice wherever he went.

Prime Minister Chaudhry Mohammad Ali’s wife prepared meals for the family herself. Once, Manzoor Qadir, Ayub regime’s foreign minister, used bicycle to commute all the way to Foreign Office in Islamabad from his official residence in Rawalpindi when his official car broke down and the FM did not want to miss a scheduled meeting with a foreign delegation.

During those days, the bureaucrats of all hues and colours made their own arrangements for commuting between their homes and offices. The old residents of Karachi and Rawalpindi remember that most of them used bicycles for the purpose. The group included a Briton, the then federal secretary for law and parliamentary affairs, Sir Edwards Snelson and Major General Ayub Khan, who became Pakistan’s President after the 1958 armed putsch.

With the introduction of foreign aid, interruption in the democratic process, and rise to power of greedy elements, a new culture started to take roots in the country. The new leadership started indulging in extravaganza and luxurious lifestyles, using tax-payers’ money.

As the leaders and bureaucracy exercised restraint in spending money from State coffers, the national kitty had sufficient funds for catering to the needs for defence, development, industrialisation, etc. This earned for Pakistan a repute and the developing countries, in particular those located in the Middle and Far East, considered it to be a role model for development and haven for education and employment.

Even the prime minister and his cabinet colleagues of that era felt quite at ease while travelling in old model cars. The members of the federal cabinet also drew clear lines of distinction between the official and private journeys and used State vehicles strictly for official duties. Those ministers who wanted their wives to attend social or cultural events had to draw upon their personal resources for the travel of their spouses.

When Zulfikar Ali Bhutto became foreign minister during General Ayub Khan’s regime, ZAB himself had to purchase a car for use by Begum Nusrat Bhutto. In those days, even the President’s House did not maintain more than three vehicles; one reserved for the president’s use, the second for Begum Ayub and family’s use and the third for official errands by the staff. Furthermore, the president and the prime minister of those times did not enjoy the luxury of dedicated well-staffed secretariats headed by principal secretaries.

With the introduction of foreign aid, interruption in the democratic process, and rise to power of greedy elements, a new culture started to take roots in the country. The new leadership started indulging in extravaganza and luxurious lifestyles, using tax-payers’ money. Perhaps, they considered pomp and show as stilts that could bolster up their public image and make up for their lackluster performance. Resultantly, administrative expenses started to rise steeply.

To give an indication of the type of administrative expenses, one may cite the case of federal government’s expenditure on the official fleet of limousines. By mid-1990s, it had soared to Rs77 billion. Instead of curtailing it, during his tenure, President General Musharraf extended the facility of chauffeur-driven official cars to BS-20 officers as well. As a fait accompli, all top officers and their families started using more than one car. Consequently, the expenditure on the purchase and maintenance of the official fleet of cars, POL expenses, salaries/pensions of drivers, etcetera, increased phenomenally.

Currently, Prime Minister’s House has 524 employees and 100 plus cars, including dozens of bomb-proof luxury vehicles. Under Prime Minister Imran Khan’s austerity drive, now 102 of these vehicles, including 27 bullet-proof cars, are being auctioned this month. Interestingly, some six units of ultra-luxury Mercedes s600 Maybach were delivered to the PM House in August this year. Valued at Rs180 million each, these vehicles are reportedly armoured and bomb-proof. In addition to these vehicles, a BMW M760 was also delivered to the PM House last month.

Meanwhile, the provincial government of Sindh has retrieved 140 luxury vehicles, worth over one billion rupees, from its ministers and officials as these were beyond their entitlement. As regards the use of luxury cars beyond entitlement, the situation in other provinces and State institutions is not much different. Not content with its present fleet, the provincial government of Balochistan has purchased 20 new luxury cars, costing Rs8.6 million each, for its new ministers.

True to the dictum that masses follow their leaders, all minions of the State, from the top to the bottom, became fond of luxurious and extravagant lifestyles within no time. Not only the district and divisions officers of the police and management groups continue to live in colonial-era bungalows covering huge areas, the buildings constructed by the previous civilian set-ups for the top hierarchy of the State seem to be an effort to beat them all.

For example, the Prime Minister House in Islamabad is located over 138 acres of land; whereas the US White House (American President’s living accommodation and office and also offices of his aides) covers an area of 18 acres only. Furthermore, the White House has only 30 motorcades. In Britain, the total number of official vehicles is 85. In UK, except prime minister, dedicated car is allowed to none, including cabinet ministers. Those who need an official vehicle have to submit a written requisition, indicating the purpose and duration for which the vehicle is required. The rule also applies to the cabinet ministers.

During the last decade, a good number of countries in the Eurozone and elsewhere on the planet introduced austerity measures to cut their expenditure drastically. Countries like Canada and Germany got desired results by pushing up their exports. But, in Pakistan the authorities continued to spend lavishly despite ever widening budgetary deficit, which increased to over 41 per cent of the annual budget last year.

Given the situation, Prime Minister Imran Khan’s move to introduce austerity measures is a timely and laudable step that aims to cut down exorbitant expenses and curb misuse of state resources. A word of caution: Austerity measures can lead to recession, unemployment and decrease in State revenues if not accompanied by efforts to boost exports and thus reduce huge gap between imports and exports.