Playing down the role of religion in statecraft, embracing ethnic diversity and adhering to constitutional roles on the part of state institutions are the changes needed at macro level 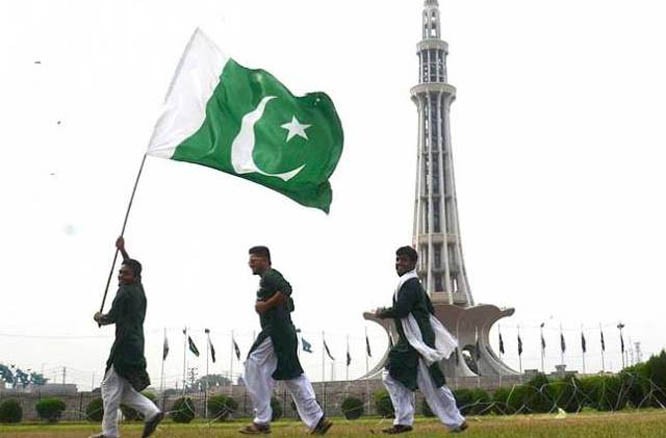 Our fetish for negativity has blinded us to good things that have been happening around us. Of late, the state has simultaneously been employing hard and soft means to tackle terrorism and religious and sectarian extremism.

Unfortunately, rarely have we seen any projection of these soft endeavours in media. Previously, on a small scale, in order to rehabilitate militants arrested during military operation in Swat, the state, in 2009, launched ‘Mishal’, ‘Sabawoon’ and ‘Sparlay’ projects. More recently, more comprehensive initiatives have followed to engender interfaith harmony, diffuse sectarian strife and neutralise militant warfare against the state.

Better late than never, Paigham-e-Pakistan, a unanimous fatwa, by ulema of all five major schools of thought in Pakistan, forbade violence against the state and invested in the state the exclusive authority to declare jihad.

Similarly, universities stepped in. For the last couple of years, in no less than eighty universities, conferences, seminars, talks and workshops were organised on themes of radicalisation, extremism and violence.

The latest of its kind is the hosting of a three-day international conference on "Radicalisation: perceptions, realities and challenges of campus life" by the Air University Islamabad scheduled on September 26 to 28. Appreciated though, these micro level efforts fall short of what is required at macro level.

Following are some suggestions on the political front for the making of a ‘Naya Pakistan’ if there has to be one. First, soft-pedal the public use of religion on the part of public officeholders. Almost every ruler, civilian or a military dictator, of the country tried to blend religion with politics to gain legitimacy in the eyes of public. The incumbent central government also made full use of religion to secure parliamentary majority. This has not served the end of justice, however.

The public use of religion discriminates against our three per cent non-Muslim citizenry as the government concedes space to religious bigots, hatemongers and hooligans. Worse, it has, since Zia’s Islamisation programme, led to competition among five major Muslim sects and their splinter groups to carve out a public space for their individual interpretation of religion which has, more often than not, paved the way for confrontation and sectarian killings among them, mainly between Salafi-Deobandi combine and Twelver Shias.

One reason, though there are plenty others, why Taliban rose in rebellion against the state was that the militants believed that Pakistan came into being in the name of Islam and that Shariah should have been imposed in the county since the country’s inception. It is safe to say that the more religion was politicised, the more society was divided along multiple religious and sectarian lines. Seen this way, our salvation lies in the fact that the government needs to distance itself from the politicisation of religion slowly and gradually.

Secondly, cherish the fact that Pakistan is a multinational state; at least respect the choice of nationalists who believe so. There is no harm in conceding to the inevitable truth that Pakistan, like India, the US and Afghanistan and many more, is a country that is home to mainly, but not exclusively, four nations. If Barack Obama, an Afro-American, could be American president why couldn’t we have a Baloch Pakistani, a Pashtun Pakistani and so on? We need to discover history not invent it.

The making of East Pakistan into Bangladesh, the saddest chapter of our nascent history, was the casualty of our national fetish for uniformity. In order to diffuse our stubborn ethnic divisions, we need to warmly embrace diversity than uniformity.

Third, remedy to our more enduring problem lies in adhering to supremacy of the constitution. This requires all state institutions, executive, legislature and judiciary and others to exercise their authority within the restrictions imposed by the constitutional law. Probably, in Pakistan, the main reason behind the relative strength of executive offices over legislative, representative institutions, is the continuity of the colonial legacy. The British strengthened executive offices because doing so suited colonial empire’s security interests in outlying areas in the Indian northwest, today’s Pakistan.

No less important, lack of adherence to constitution and law has invariably meant uneven development: the development of a few executive institutions and the underdevelopment of its legislative equivalents. The perennial problem with growth of a few institutions is that national progress has always remained as elusive as ever.

National development requires that all institutions of a state have time and space to evolve, grow and develop. Things do not improve overnight. It is in the nature of things in democracy that socio-economic and political developments are time consuming, evolutionary and slow and steady but firm processes that require patience.

Playing down the role of religion in the statecraft, embracing ethnic diversity and adhering to constitutional roles on the part of state institutions are changes at the macro level. These changes would serve as guiding principles for the rest of endeavours at micro level aimed at countering religious, sectarian and ethnic radicalisation. It is this way that an all-inclusive Pakistan is the best remedy against some major socio-political ills that afflict body politic. Naya Pakistan demands naya resolve!