The concept of freedom of speech is a cherished western ideal, or is it? 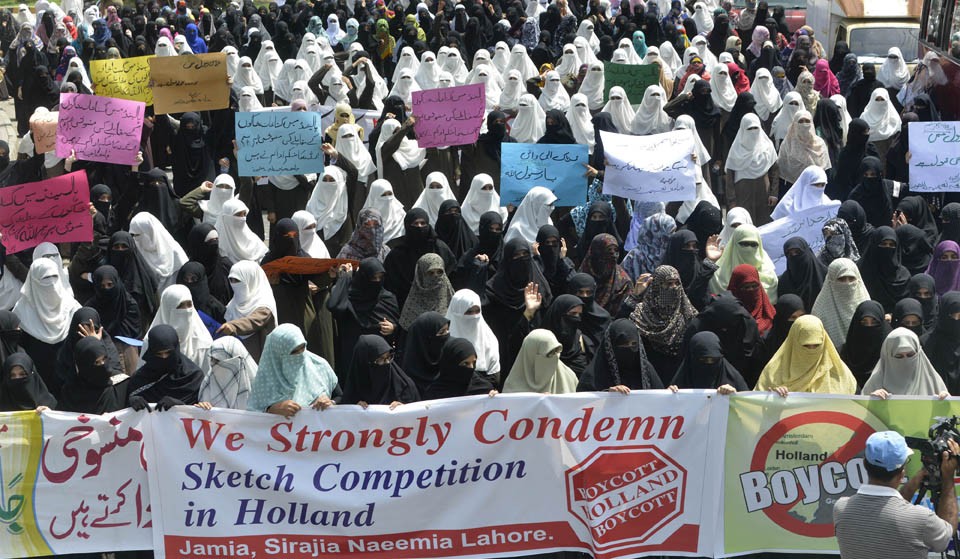 In 1989, the scholar and historian Francis Fukuyama, predicted the end of history. As the cold war came to a decisive end with the United States of America’s ideas on liberalism and capitalism becoming seemingly de facto beliefs, history seemed to have arrived at a universal goal by which democracy, free market and consumerism took over the world. With a swagger bordering on contempt Fukuyama stated: "it matters very little what strange thoughts occur to people in Albania or Burkina Faso, for we are interested in what one could in some sense call the common ideological heritage of mankind."

It is quite ironic that the force that most disturbed this supposedly idyllic ‘common heritage of mankind’ came to be Islam, the religion of the majority in both Albania and Burkina Faso. But even as Fukuyama was cementing his name in history with his generalised predictions on the world, other scholars were aware of the festering threat of Muslim marginalisation and victimhood.

In his 1990 essay ‘The Roots of Muslim Rage’, Bernard Lewis essentially posed the question ‘Why do they hate us?’ a full 11 years before the events that came to be known as 9/11 awakened the average American to this query. With the first Gulf War, the planes that demolished the World Trade Centre, the invasion of Afghanistan and Iraq, the collapse of Middle-Eastern dictatorships and the emergence of drone warfare later, it is perhaps harder than ever to continue to be naïve about the reasons for the Muslim world’s hatred of the US or more broadly the west which gave rise to a new page in world history: ‘the clash of civilisations’ as perceived (but not coined) by Samuel P Huntington.

One of the great differences between the east and the west in this so-called clash of civilisations is that of certain baseline views accepted as founding pillars of the west but seen as alien and alienating in the Muslim world. Of these foremost is freedom of speech, the contentious concept that has provoked the feelings of Muslim victimhood from the ideas of Salman Rushdie down to Geert Wilders.

The basis of these feelings rest in the idea that the west as a monolith is an imperialising force that aims to impose its homogenising ideas on the rest of the world, particularly Muslims, to eventually reach Fukuyama’s predicted end of history where liberal and capitalist forces are cheerfully embraced by all of humanity as the apotheosis of thought and development.

Muslims see the resultant emphasis on ‘freedom of speech’ as the west’s attempt at cultural hegemony that disregards the Muslim reverence for the Prophet as enshrined in Islamic cultures.

Freedom of speech is neither absolute nor unchanging anywhere in the world, even though in the west it is upheld on a broad scale. It cannot however be demanded, particularly by a party on a weaker economic, military and technological footing.

While it is hard to fathom the extent of the reverence afforded to the ‘right to offend’ in the west while sitting in the Muslim world, the west in general and the US in particular upholds freedom of speech as a deeply cherished ideal central to the concept of a democracy. America’s first amendment to the constitution prevents Congress from making any law "respecting an establishment of religion".

An interesting real-world example of this is the American photographer Andres Serrano’s famous photograph ‘Piss Christ’ -- a crucifix submerged in a glass container of what is purported to be the artist’s own urine. This piece of work, although controversial, continued to be exhibited throughout the US, even showing at the Cathedral of Saint John the Divine in New York City. Conservative senators in the US Congress spoke up against Serrano receiving $15,000 from the tax-payer funded National Endowment for the Arts, but no heed was paid to their protest.

Religious groups and some lawmakers called for President Barack Obama to denounce the artwork, comparing it to the anti-Islamic film "Innocence of Muslims" that the White House had condemned, but no similar statement was issued by the White House regarding ‘Piss Christ’. However, a print of this photograph was vandalised ‘beyond repair’ by Christian protesters while on display in an art museum in France, and similar threats and attacks happened in Sweden and Melbourne by private individuals and groups.

Muslims who pose a counterpoint to the western claim of all-embracing freedom of speech often bring up Europe’s holocaust denial laws. While this critique is technically correct, those laws are in place to remind these countries of the atrocities that they committed and never should again. Those laws are in place to protect the lives of living people, the criticism of ideas belongs to a different realm. As The Guardian editor C.P Snow wrote almost a century ago, facts are sacred, comment is free. And the holocaust is a factual and heinous occurrence in history that these European nations have held themselves accountable for, unlike say, us in Pakistan who have not even acknowledged our atrocities in East Pakistan, let alone done something to redress them in any collective or systematic way.

A more relevant critique of the double standards practised by western champions of freedom of speech can be found in the constitution of Netherlands, the country from where the recent controversy over holding a competition of cartoons depicting Prophet Muhammad (PBUH) emerged. According to the Dutch law of Lese Majeste, citizens are prohibited from saying something offensive against the dignity of a reigning sovereign or against a state. In October 2007, a 47-year-old man was sentenced to one week’s imprisonment and fined €400for, amongst other things, lèse-majesté in the Netherlands when he called Queen Beatrix a "whore" and spouted other obscenities about her. In July 2016, a 44-year-old man was sentenced to 30 days in jail for ‘intentionally insulting’ King Willem-Alexander, accusing him of being a murderer, thief and rapist.

Freedom of speech is neither absolute nor unchanging anywhere in the world, even though in the west it is upheld on a broad scale. It cannot, however be demanded, particularly by a party on a weaker economic, military and technological footing. It can be earned as the rise of the pogromed Jews has shown in the post-World War II world.