In the absence of a consultative process, political parties are not on the same page about how to go about overseas voting 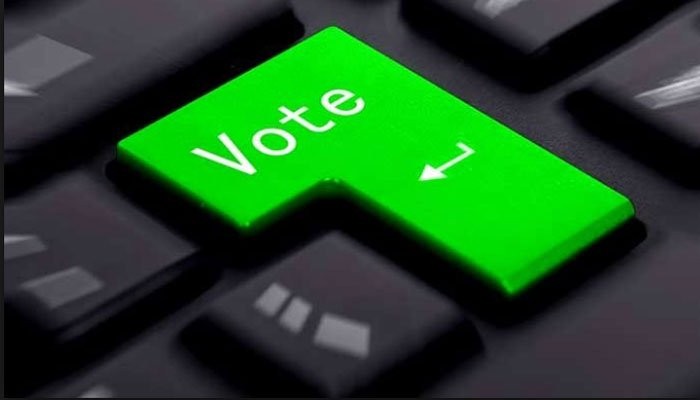 Although in the PP-123 by-election in 2013 PTI’s Barrister Dawood Ghaznavi lost the contest to Khawaja Muhammad Mansha-Ullah Butt of PML-N, it exposed him to the weaknesses of the electoral system in Pakistan. Observing closely how overseas Pakistanis were involved in the politics of their country on social media and in personal interactions, even when they were not able to vote, made him take up the cause of the right to vote for overseas Pakistanis.

He filed the petition in the Supreme Court of Pakistan in 2015, and pursued it for four long years. In 2018, the PTI became a party to Ghaznavi’s pending case, requesting quick arrangements for overseas Pakistanis to vote. While in January the SC approved petitions regarding overseas voting rights, it put off the case in June till after the elections on July 25th, when it was informed by the Election Commission of Pakistan (ECP) that expatriates would not be able to vote in the general elections due to time constraints and need for proper testing of the software beforehand.

Finally, on August 17, SC allowed overseas Pakistanis to vote in the upcoming by-elections. The National Database and Registration Authority (Nadra) has prepared a software that will enable Pakistanis residing abroad to cast their vote through an internet-based system. "There are certain constituencies in the upcoming by-elections where 14 per cent of voters are overseas," says Babar Yaqoob, Secretary ECP. "That is a huge number and could make a great impact."

However, while the PTI is already at an advantage by being the political party in power, uncertainties remain regarding the extent of the impact this decision can have on the results of the by-elections.

The entire matter of overseas Pakistanis being able to vote began in 2011 when PTI Chairman, Imran Khan, moved a constitutional petition in the SC seeking arrangements for expatriates being able to vote. At that time, the talk was about setting up polling stations in consulates and embassies in countries where possible, and through postal ballots for Pakistanis residing in other countries.

In 2012, the ECP granted the right of vote to 3.7 million overseas Pakistanis -- only those expatriates that had National Identity Card for Overseas Pakistanis (NICOP). However, soon after in September 2012, ECP declared that the overseas Pakistanis would not be able to vote in 2013 general elections -- citing a lack of technological infrastructure. Since then, there has been a dance going on between ECP, Nadra, and the SC, where every time the matter came up, it was delayed by one of them, mostly on technological grounds.

From postal ballots, to polling stations in embassies and consulates, this time the vote casting process will be completely Internet-based and those that are interested in voting will first have to fill in an application in order to become registered.

The voters will have to meet certain conditions, such as having a National Identity Card for Overseas Pakistanis (NICOP), a valid Machine Readable Passport (MRP), and an email address to communicate with the ECP. "It will be similar to using a credit card online," says Yaqoob.

The timing of casting vote will be the same as in Pakistan, 8 am to 5 pm, no matter what the time is in the respective cities of the voters. "Experts have tested the software and have found only minor errors, which will soon be fixed," he adds.

From postal ballots, to polling stations in embassies and consulates, this time the vote casting process will be completely Internet-based and those that are interested in voting will first have to fill in an application in order to become registered.

Registration for overseas voters began on Sept 1 and will go on till Sept 15. Only those persons who are registered voters in Pakistan will be able to cast their votes and will do so in their home constituencies. Those interested in voting will access the Overseas Voting System and create an account online using their name, email address, password, and current country. Once this is done, a confirmation will be sent to the person who will then have to provide his NICOP number, the date it was issued, and the number of his MRP along with its tracking identity.

The second verification step will then be through security questions regarding the voter’s identity, and once all is cleared, they will be registered. A voter pass, or a password, will be emailed to the voter close to polling day that will be required by the system in order to cast a vote.

"This is obviously going to be a deterrent for low-income voters who are abroad," says Umair Javed, a political analyst and columnist in Lahore. "Research anywhere in the world shows that when you raise the requirements of voter registration and participation, the first group that is excluded is low-income voters."

In case of Pakistan, a bulk of blue-collar expatriates working in the Middle East constitute this group. In the by-elections, the voter pool is most likely to include only a certain segment of the overseas population, mainly high income immigrants, and "even they might not engage with the system if the process and software is cumbersome to operate," he explains.

He adds that PTI has an advantage over other parties in the by-elections even without the vote of expats. Over the last three elections, there has been a general trend of by-polls favouring the ruling party. It is believed that the ruling party has an edge in by-polls over other party contestants as it has access to the state machinery to campaign.

Candidates are also more likely to side with the ruling party as that gives them approach to state resources. "At the local level, especially in rural areas, where voting takes place along dhara lines (groupings), there is an incentive to vote for the candidate of the ruling party," says Javed. "There’s this transaction that goes on, which basically says that if the ruling party candidate wins, he’ll be able to provide XYZ services to that area."

So if all goes well, the software developed by Nadra and ECP functions smoothly, it may go to the advantage of the PTI. "Since the 2013 elections, PTI has been pressing for a mechanism that would allow overseas Pakistanis to cast their vote," says Muhammad Hammad Azhar, MNA PTI. "And we welcome this as our constitution states that overseas voters should be given voting rights."

When asked if a voter base being different than the general elections could be troublesome for a democratic electoral process, Azhar states that voter lists are constantly changing and is a dynamic process rather than a static one. He adds that compared to the 2013 general elections, 20 million new voters were registered in the 2018 general elections. "So I don’t think change of a voter pool should be an issue."

However, other political parties are not on the same page. Marriyum Aurangzeb, MNA PML-N, stated that she is all for overseas Pakistanis being able to vote but not in the manner it is currently happening. "None of the political parties have been engaged or consulted either by the Supreme Court or by the Election Commission," she says. "So how can you launch an online system of voting without taking in confidence other parties and also the parliament?"

She says that security and capacity of the software is a major concern. The RTS software that was used in the general elections collapsed and didn’t work. While there are now rumours that it was intentionally stopped, proper software trails should take place nonetheless to ensure the training and capacity building of the software prepared for overseas voting. "IT experts have said that the software in its current state is vulnerable to hacking and manipulation from within and outside Pakistan," says Aurangzeb. "So if it did not happen in the general elections, what is the haste now?" After a parliamentary meeting of the PML-N, the party has demanded the ECP to consult all parties and meet all requirements based on technical grounds to ensure the elimination of possibilities of pre-poll rigging.

According to Tahir Mehdi, an election expert and columnist, the technology and procedure being adopted for enabling overseas voting is quite troublesome. "But unless it is Internet voting, it is simply not possible to give overseas Pakistanis the right to vote," he says. "But when someone will cast a vote, they will have a passport number or an ID attached to that vote so the whole secrecy concept of a ballot, a major election concept, will be violated." He further adds that this is a huge step being taken and there should have been a debate in the parliament before it was implemented and other political parties should have brought this to the floor. "But even they see overseas Pakistanis as a constituency and don’t want to annoy them."

Read also: The view from Virginia

The controversy around overseas voting rights has not died down. But while it may prove helpful for PTI that the expatriates will now be able to vote since the party is believed to have a large voter base overseas, the impact may be limited. The number of overseas voters is not uniform across constituencies, so the only places it is more likely to impact are those where other parties have given up seats after winning on tight margins as well as in high migration areas of the country, where the constituencies will have a large percentage of overseas voters.

In all other cases, since PTI has emerged as the ruling party, it is already two steps ahead of other parties in the upcoming by-polls.