Can the PPP leadership deliver in Sindh while having a strong opposition? 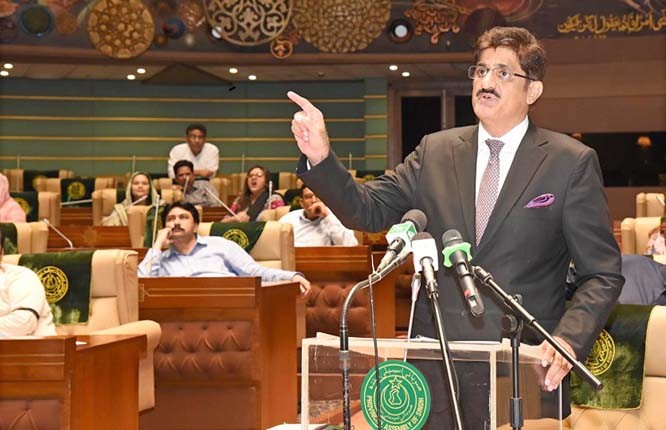 The people of Sindh have given another term and another opportunity to Pakistan People’s Party. Voters gave no response to the opposition’s cry about issues, which Sindh is currently facing, giving another heavy mandate to PPP. Can the PPP leadership deliver?

In last election, PPP got 63 seats of provincial assembly and this time almost 10 more seats, which shows that people of Sindh have greater faith in this party. Currently Sindh is facing crises of malnutrition, stunting, health and education, water and sanitation and related issues. People in Sindh still believe that this is the only party, which can do something better for Sindh. Now PPP will face a vibrant opposition in the Sindh Assembly which will be led by Pakistan Tehreek-e-Insaaf (PTI). PTI will be at helm of affairs at the national level and in opposition in Sindh. MQM lost many seats so their strength has been curtailed, but MQM has joined PTI in centre. Again opposition is in a position to give tough time to PPP.

In the last five years many development projects have not been completed in time and left in the lurch due to bureaucratic bottlenecks. The party leadership has selected Syed Murad Ali Shah for the slot of chief minister, which will help in continuation of policies.

The government of Sindh has good projects in hand like Thar coal, wind power, CPEC and projects under public private partnership. Donors have shown satisfaction with the progress of last two years in field of health, specially polio eradication, roads network and energy sector. Thar coal a leading project in energy sector.

The chief minister must act wisely about ministers. He should act on decisions, review the cabinet’s performance, make bureaucrats responsible for their decisions, review all provincial departments and call regular briefings of deputy commissioners.

The chief minister should keep an eye on the progress of all development work because the last Sindh government did not complete a single big project in time. The chief minister should invite all donors and give them briefing regarding development projects of the province and offer them full support. He should give priority to education, health & hygiene, water and sanitation projects. Sindh is currently facing 53 per cent malnutrition, 39 per cent stunting, 13 per cent chronic stunting cases, 55 per cent dropout ratio from schools, teachers’ absenteeism, incomplete projects in health and education sector, improper use of funds through local governments and chronic corruption from bottom to high level in almost all departments.

Agriculture is also suffering due to water shortages. Water crisis will be Sindh’s next most important issue which must be on top agenda of next government. Pakistan is currently facing water crisis and Sindh is no exception. Sindh will face greater crisis due to shortage of rain and flow of water from upper areas of country. Diamer and Bhasha dams are future of Pakistan but Sindh should think about some new carryover dams especially in Katcha areas of district Sukkur, Khairpur, Matiari and Thatta. Also there is need of attention on sea intrusion in Sindh. Environmental studies show that Sindh will face sea intrusion in districts of Thatta, Badin, Sujawal and Karachi. Karachi strongly needs projects to face water crisis.

To control Karachi’s ever growing population, the government must conduct studies and suggest measures. Sindh must have some plan for future to face urban migration and inflow from upper areas. Karachi’s almost 65 per cent population is living in shanty/slum areas. The Sindh government should improve conditions of Hyderabad, Sukkur, Khairpur, Larkana, Mirpurkhas, Dadu, Nawabshah and all other smaller cities so that people get facilities of health and education and do their businesses over there.

The Sindh government should give priority to setting up industries in five big cities of Sindh like Hyderabad, Sukkur, Nawabshah, Larkana, Mirpurkhas and other regions where necessary. Localisation of industries will stop migration from interior Sindh. Labour can be directed towards industrial areas of these big cities. Though the Sindh government has estabilished some industrial zones in Khairpur and Larkana, there is need for speedy completion of these projects.

The chief minister should also form a team of experts in field of health, education, water and agriculture. Public private partnership has resolved issue of health and education, so this model can be introduced in other fields as well.